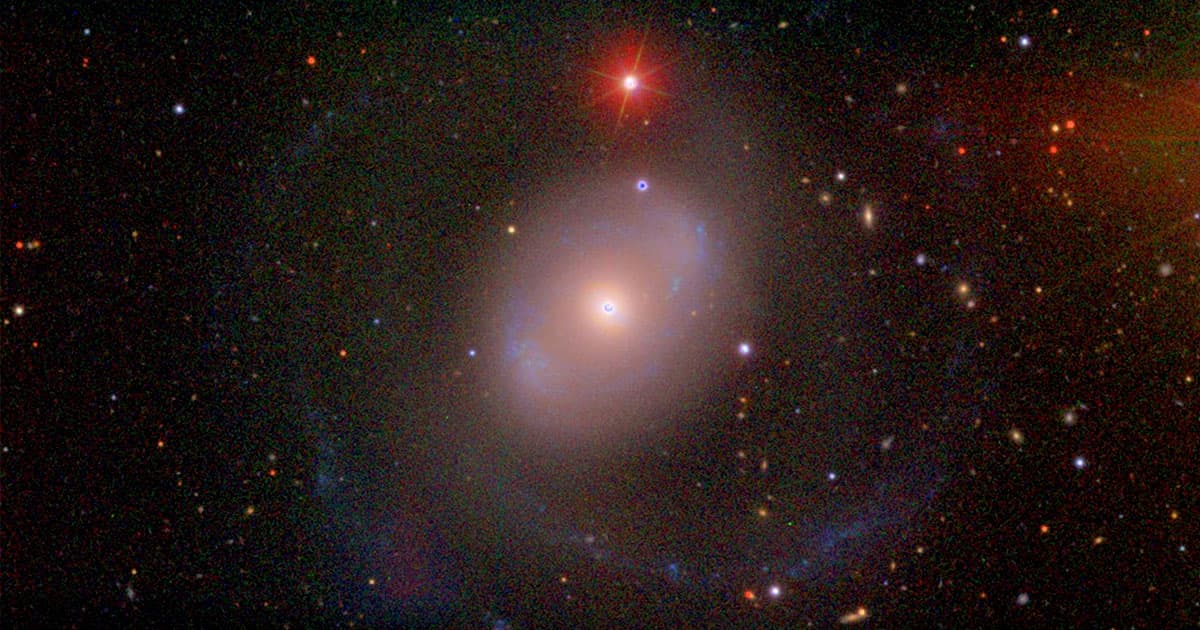 The number of known repeating FRBs just jumped from two to 10.

The number of known repeating FRBs just jumped from two to 10.

In 2007, astronomers discovered a high-energy radio signal emanating from far beyond our galaxy. And because it turned up for no obvious reason, some academics began speculating that the signal could've been a message from an alien civilization.

Scientists have detected dozens of fast radio bursts (FRBs) since then, but only twice did they notice multiple signals coming from a single source. Now, however, astronomers have reported finding eight new repeating FRBs — a discovery that could help us understand the strange phenomenon.

The international team of astronomers behind the discovery, which is detailed in a newly published paper on the pre-print server arXiv, detected the repeating FRBs using the Canadian Hydrogen Intensity Mapping Experiment radio telescope.

Six of the newly discovered FRBs repeated only once. Another pinged three times in total — but the eighth produced 10 total bursts.

In addition to dramatically increasing the number of known repeating FRBs, the team's research also provides new information on both the duration of FRBs — repeaters seem to last longer than one-off signals — and their frequency drift, with most of the new repeaters drifting downward.

"[T]here is a lot of information here for model builders to work with," researcher Ziggy Pleunis told Science Alert. "I think it will help them figure out what produces repeating FRBs. Also, I think our findings will influence the search strategy of other teams that try to discover repeating FRBs."

More on fast radio bursts: Fast Radio Bursts Could Be Signs of Alien Life — and We Just Found 13 More of Them

Hubble Tension
Most Precise Measurements of the Universe Suggest That Something Is Very Wrong
10. 20. 22
Read More
Galactic Dance Party
Astronomers Record Signal Coming From Deep Space Every 157 Days
6. 8. 20
Read More
Bright Streaks
Scientists: SpaceX Satellites Threaten "Astronomy Itself”
11. 12. 19
Read More
+Social+Newsletter
TopicsAbout UsContact Us
Copyright ©, Camden Media Inc All Rights Reserved. See our User Agreement, Privacy Policy and Data Use Policy. The material on this site may not be reproduced, distributed, transmitted, cached or otherwise used, except with prior written permission of Futurism. Articles may contain affiliate links which enable us to share in the revenue of any purchases made.
Fonts by Typekit and Monotype.