Scientists can't explain these mysterious signals from space — but they're trying. 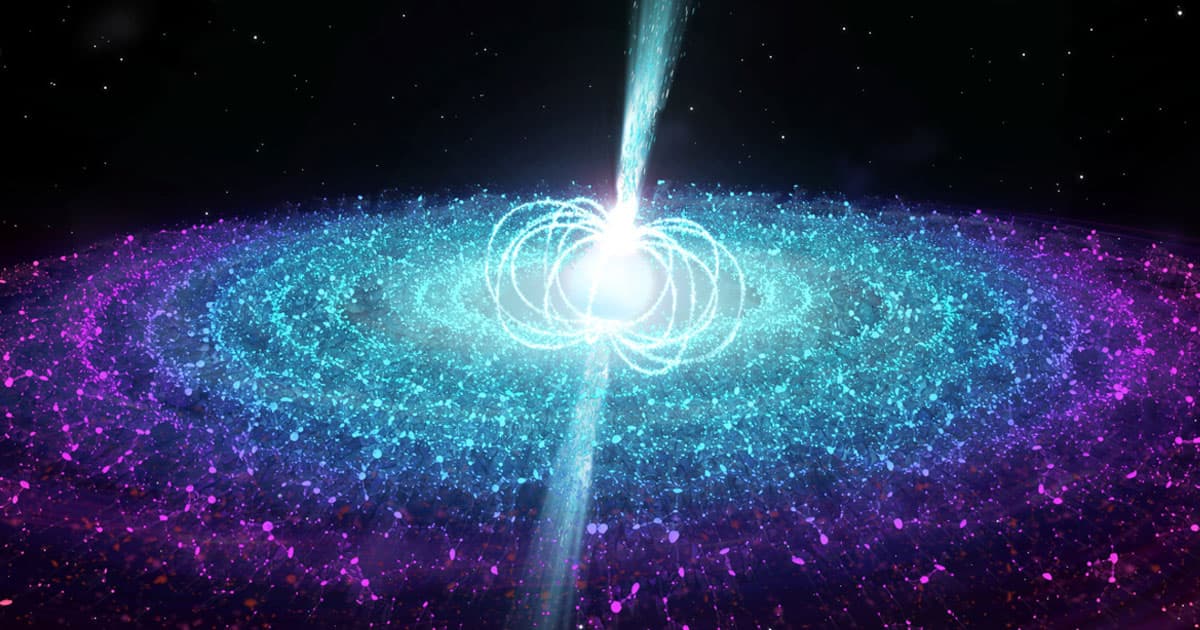 The signal, dubbed FRB 121102, flares up for a 90 day period and then goes silent for another 67 days, as detailed in a paper about the discovery published Sunday in the journal Monthly Notices of the Royal Astronomical Society.

Since 2007, astronomers have been trying to figure out the origin of these mysterious pulses. So far, we've discovered more than 100 of them.

About a month ago, scientists recorded the most powerful FRB known to history. It was so intense, in fact, that it could’ve been detectable from another galaxy, ScienceAlert reported at the time.

This latest repeater is not the first cyclical FRB observed. Back in January, Cornell University researchers announced they had identified an FRB source about half a billion light years from Earth that pulses on a 16-day cycle.

So far, the best explanation we have for these repeating pulses is that they are put out by magnetars, supercharged neutron stars, wobbling around their own axis, movement referred to as "precession." Others suggest the patterns could be caused by a neutron star orbiting a second star as part of a binary system.

"This is an exciting result as it is only the second system where we believe we see this modulation in burst activity," Kaustubh Rajwade, lead author and  postdoctoral researcher at The University of Manchester, said in a statement.

According to Rajwade, the discovery "could argue against a precessing neutron star," as the cycle, at 157 days, is far longer than the first repeater of 16 days.

But FRBs will remain a mystery. "This exciting discovery highlights how little we know about the origin of FRBs," Duncan Lorimer, associate dean for research at West Virginia University and co-author of the study, said in the statement.

"Further observations of a larger number of FRBs will be needed in order to obtain a clearer picture about these periodic sources and elucidate their origin," he added.

More on FRBs: POWERFUL RADIO SIGNAL FROM DISTANT GALAXY SEEMS TO HAVE A PATTERN

Read This Next
More Radio Bursts
MIT Scientists Discover Deep Space Signal, Pulsing Like Heartbeat
BUUURP
Astronomers Pinpoint Source of Mysterious Radio Burst Signal
Futurism
Scientists Detect Powerful Radio Burst Coming From Our Own Galaxy
Futurism
Fast Radio Bursts Have a Unique Property That Can Help Us Determine Their Source
Futurism
Researchers Have Found 15 New "Cosmic Whistles" Unlike Any We've Detected Before
More on Hard Science
Tractor Beam
2:13 PM on the byte
Scientists Build Working Tractor Beam, Although It's Comically Tiny
Having a Blast
Jan 18 on the byte
New Study Shows Where You Should Hide to Survive a Nuclear Attack
Offworld Amino
Jan 15 on the byte
Scientists Find Building Blocks of Life in Meteor That Smashed Into Family's Driveway
READ MORE STORIES ABOUT / Hard Science
Keep up.
Subscribe to our daily newsletter to keep in touch with the subjects shaping our future.
+Social+Newsletter
TopicsAbout UsContact Us
Copyright ©, Camden Media Inc All Rights Reserved. See our User Agreement, Privacy Policy and Data Use Policy. The material on this site may not be reproduced, distributed, transmitted, cached or otherwise used, except with prior written permission of Futurism. Articles may contain affiliate links which enable us to share in the revenue of any purchases made.
Fonts by Typekit and Monotype.