It released an incredible amount of energy in just milliseconds — and we still don't know why. 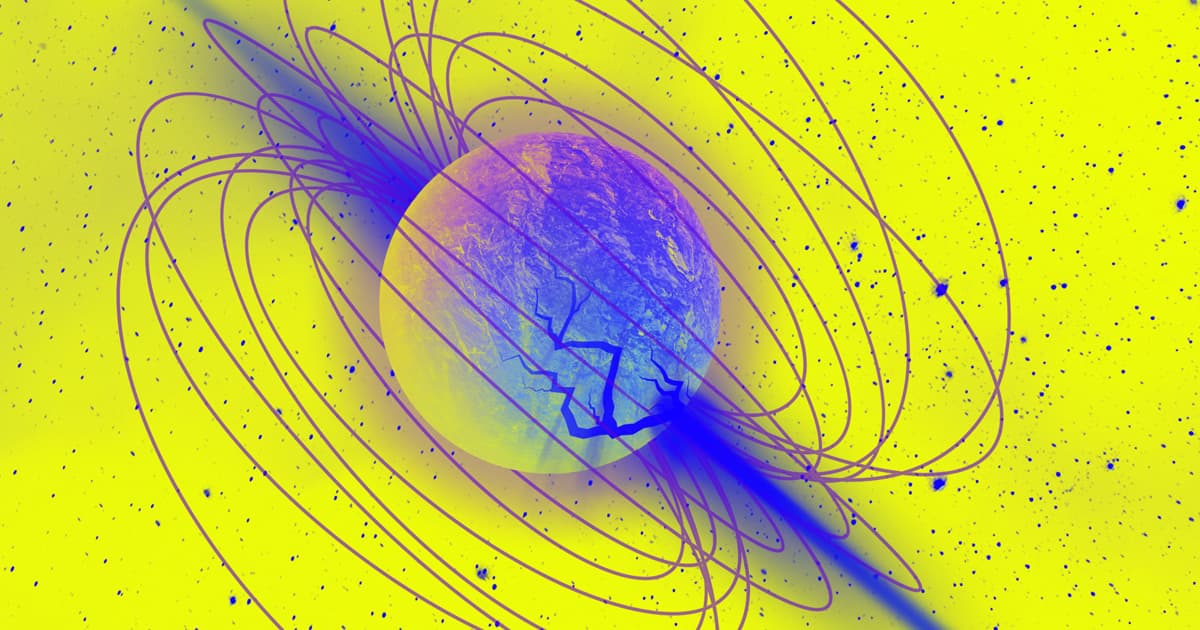 Fast radio bursts, or FRBs, are blips of cosmic energy that can unleash hundreds of millions times more power than the Sun in just a tiny fraction of a second.

They've long puzzled astronomers — and given rise to theories that they could be signals from extraterrestrials. But now, a team of astronomers claim to have linked such an event to an actual object for the first time ever: a magnetar, a type of neutron star with an immensely powerful magnetic field, called SGR 1935+2154. It's 30,000 light years away, but still well within the confines of our own galaxy.

The discovery was made using the Canadian Hydrogen Intensity Mapping Experiment (CHIME), a massive radio telescope in British Columbia, Canada.

In April, a team of Caltech astronomers detected a blip, dubbed FRB 200428, so bright it could theoretically be seen from a neighboring galaxy.

"We were able to determine that the energy dispersed is comparable to the energies of extra-galactic fast radio bursts, and in about one millisecond, this magnetar emitted as much energy in radio waves as [our] Sun does in 30 seconds," Christopher Bochenek, who worked on the radio telescope network that picked up the signal, told the BBC.

Back then, scientists had already concluded that the signal likely emanated from the magnetar — but only now, as detailed in three new papers published in the journal Nature, have astronomers found the evidence to back up the theory.

The research could give us tantalizing clues as to where these strange radio bursts come from — or at least where some of them come from.

Ever since the FRB event in April, scientists have been trying to pinpoint the origin of the signal. "Before this event, a wide variety of scenarios could explain the origin of FRBs," Chris Bochenek, a doctoral student at Caltech who led one of the three studies, said in a NASA statement.

"While there may still be exciting twists in the story of FRBs in the future, for me, right now, I think it's fair to say that most FRBs come from magnetars until proven otherwise," he added.

FRB 200428 isn't just the first to be found within the Milky Way, but it is the first time we've detected not just the associated radio frequencies but also bursts of both X- and gamma rays, as detected by three separate space telescopes — which is only adding to the mystery.

READ MORE: A fast radio burst in our own Galaxy [Nature]

More on the event: Scientists Detect Powerful Radio Burst Coming From Our Own Galaxy

Read This Next
More Radio Bursts
MIT Scientists Discover Deep Space Signal, Pulsing Like Heartbeat
Ayy Lmao
Scientists Puzzled by "Spooky" Object Sending Radio Signals Every 18 Minutes From Deep Space
Not a Neutron Star, Not Yet a Black Hole
Astronomers May Have Discovered First-Ever "Black Neutron Star"
Galactic Dance Party
Astronomers Record Signal Coming From Deep Space Every 157 Days
Futurism
Scientists Detect Powerful Radio Burst Coming From Our Own Galaxy
More on Hard Science
Tractor Beam
Jan 26 on the byte
Scientists Build Working Tractor Beam, Although It's Comically Tiny
Having a Blast
Jan 18 on the byte
New Study Shows Where You Should Hide to Survive a Nuclear Attack
Offworld Amino
Jan 15 on the byte
Scientists Find Building Blocks of Life in Meteor That Smashed Into Family's Driveway
READ MORE STORIES ABOUT / Hard Science
Keep up.
Subscribe to our daily newsletter to keep in touch with the subjects shaping our future.
+Social+Newsletter
TopicsAbout UsContact Us
Copyright ©, Camden Media Inc All Rights Reserved. See our User Agreement, Privacy Policy and Data Use Policy. The material on this site may not be reproduced, distributed, transmitted, cached or otherwise used, except with prior written permission of Futurism. Articles may contain affiliate links which enable us to share in the revenue of any purchases made.
Fonts by Typekit and Monotype.