The discovery could change the way we understand the evolution of stars. 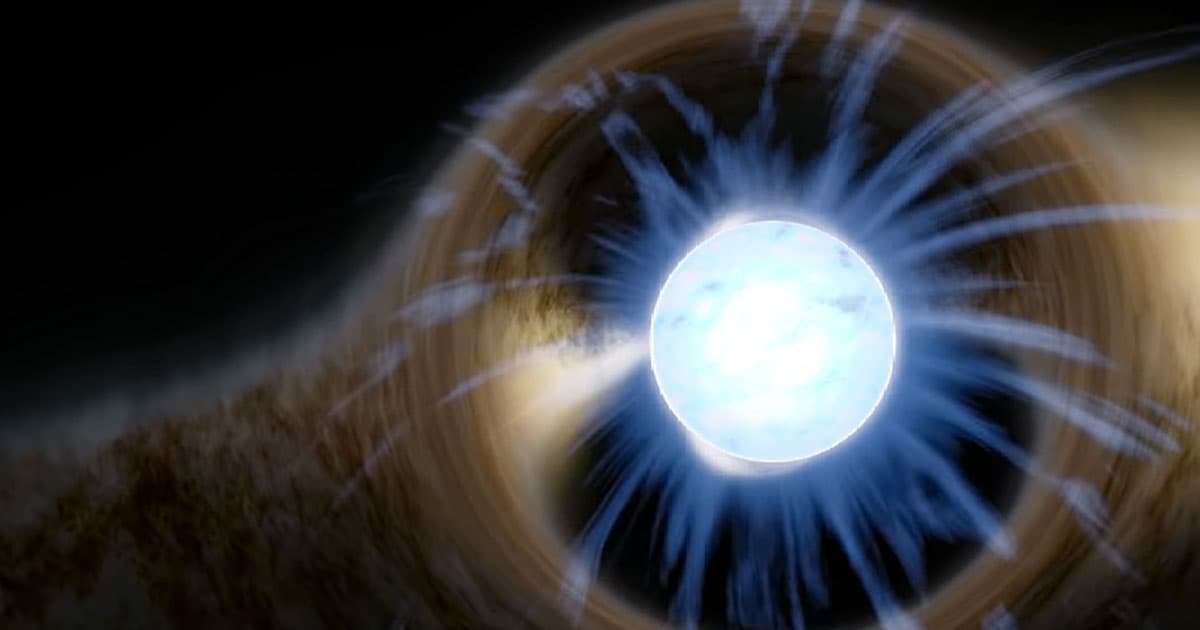 If a star is gigantic enough, it can collapse in on itself to form a black hole. Stars that are still huge, but not big enough to become black holes, tend to explode in supernovae, eventually transforming into what is known as a neutron star.

Now, though, a new discovery by a team of European astronomers seems to fit into that gap, suggesting a new class of objects that were thought to be impossible.

Using the National Science Foundation's Laser Interferometer Gravitational-Wave Observatory (LIGO) in Louisiana and the Virgo detector in Italy, a team of experts discovered an unusual celestial object that's about 2.6 times the mass of the Sun.

"The reason these findings are so exciting is because we’ve never detected an object with a mass that is firmly inside the theoretical mass gap between neutron stars and black holes before," Laura Nuttall, a gravitational wave expert from the University of Portsmouth's Institute of Cosmology and Gravitation, and co-author of the paper published in The Astrophysical Journal today, said in a statement. "Is it the lightest black hole or the heaviest neutron star we’ve ever seen?”

The object — dubbed a "black neutron star" by the BBC — was first detected in August, when it merged with a massive black hole of 23 solar masses, transforming into a final black hole of 25 solar masses some 800 million light-years from Earth.

The two objects were extremely different in mass, making it an highly unusual merger.

"It's a challenge for current theoretical models to form merging pairs of compact objects with such a large mass ratio in which the low-mass partner resides in the mass gap," Vicky Kalogera, professor at Northwestern University in the United States, and co-author, said in the statement.

The mass ratio was so off, Kalogera likened it to "Pac-Man eating a little dot" and "in one bite."

"This discovery implies these events occur much more often than we predicted, making this a really intriguing low-mass object," she added.

But we still can't say for certain that we know what it actually is.

"The mystery object may be a neutron star merging with a black hole, an exciting possibility expected theoretically but not yet confirmed observationally," Kalogera said. "However, at 2.6 times the mass of our sun, it exceeds modern predictions for the maximum mass of neutron stars, and may instead be the lightest black hole ever detected."

Read This Next
Ayy Lmao
Scientists Puzzled by "Spooky" Object Sending Radio Signals Every 18 Minutes From Deep Space
Star War
Scientists Are Trying to Figure Out How to Kill Stars with Black Holes
Ripple Burst
Scientists Detect "Tsunami" of Gravitational Waves
EHT Tu, Black Hole
Astronomers Release Stunning New Image of Black Hole
BUUURP
Astronomers Pinpoint Source of Mysterious Radio Burst Signal
More on Hard Science
Tractor Beam
Jan 26 on the byte
Scientists Build Working Tractor Beam, Although It's Comically Tiny
Having a Blast
Jan 18 on the byte
New Study Shows Where You Should Hide to Survive a Nuclear Attack
Offworld Amino
Jan 15 on the byte
Scientists Find Building Blocks of Life in Meteor That Smashed Into Family's Driveway
READ MORE STORIES ABOUT / Hard Science
Keep up.
Subscribe to our daily newsletter to keep in touch with the subjects shaping our future.
+Social+Newsletter
TopicsAbout UsContact Us
Copyright ©, Camden Media Inc All Rights Reserved. See our User Agreement, Privacy Policy and Data Use Policy. The material on this site may not be reproduced, distributed, transmitted, cached or otherwise used, except with prior written permission of Futurism. Articles may contain affiliate links which enable us to share in the revenue of any purchases made.
Fonts by Typekit and Monotype.