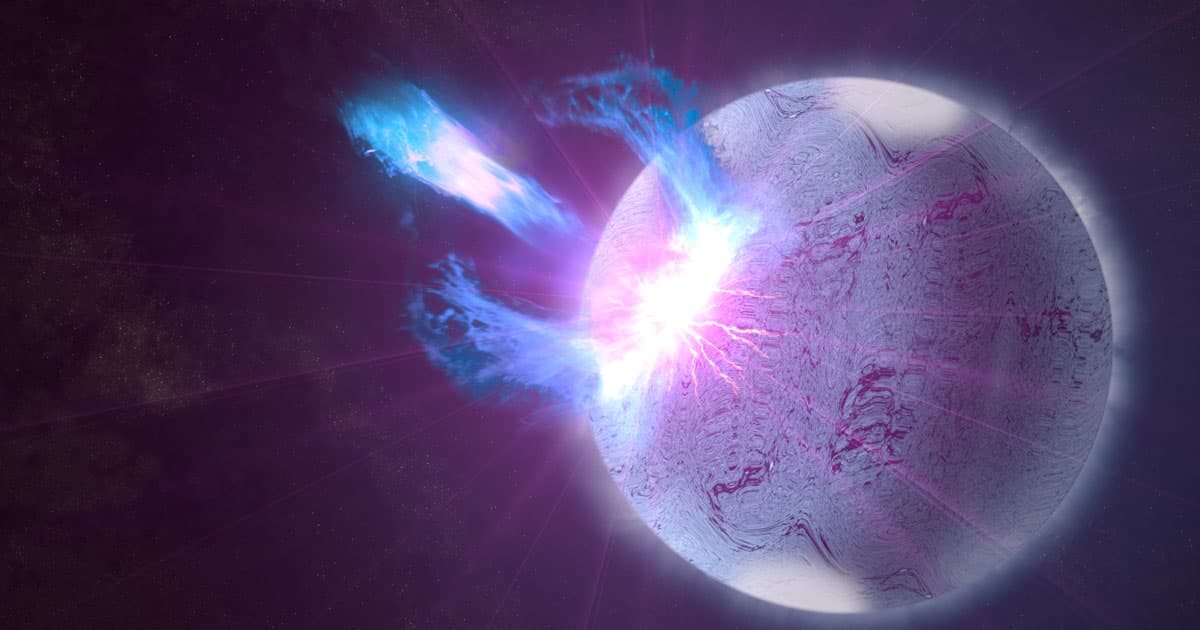 For the first time, astronomers were able to watch the entire process of a neutron star absorbing material and eventually unleashing a powerful blast of x-rays.

Scientists have long wondered why neutron stars create these violent outbursts. This time around, it took 15 scientists from five institutes using seven observatories in order to gather the complete data set, according to a Monash University press release. And with that data in hand, the scientists hope to finally make sense of these massive x-ray blasts.

After 12 days of absorbing matter from its accretion disk — matter swirling around in a ring or spiral — the neutron star blasted out a jet of x-rays several thousand times brighter than our Sun. Before this study, scientists thought the pre-outburst accretion phase only lasted two or three days at most.

The explosion lasted weeks, according to the research, which was accepted for publication in the journal Monthly Notices of the Royal Astronomical Society. During that brief window, it gave off as much energy as our Sun does in a decade.

Ultimately, scientists hope to use this unusually-comprehensive data set to improve their understanding of neutron stars and, ultimately, make better sense of the universe.

"This work enables us to shed some light on the physics of accreting neutron star systems, and to understand how these explosive outbursts are triggered in the first place, which has puzzled astronomers for a long time," New York University researcher David Russell said in the release.

Hubble Tension
Most Precise Measurements of the Universe Suggest That Something Is Very Wrong
Oct 20
Read More
Ayy Lmao
Scientists Puzzled by "Spooky" Object Sending Radio Signals Every 18 Minutes From Deep Space
Jan 27
Read More
BUUURP
Astronomers Pinpoint Source of Mysterious Radio Burst Signal
11. 4. 20
Read More
+Social+Newsletter
TopicsAbout UsContact Us
Copyright ©, Camden Media Inc All Rights Reserved. See our User Agreement, Privacy Policy and Data Use Policy. The material on this site may not be reproduced, distributed, transmitted, cached or otherwise used, except with prior written permission of Futurism. Articles may contain affiliate links which enable us to share in the revenue of any purchases made.
Fonts by Typekit and Monotype.