Scientists Have Learned Why Neutron Stars Shine So Bright 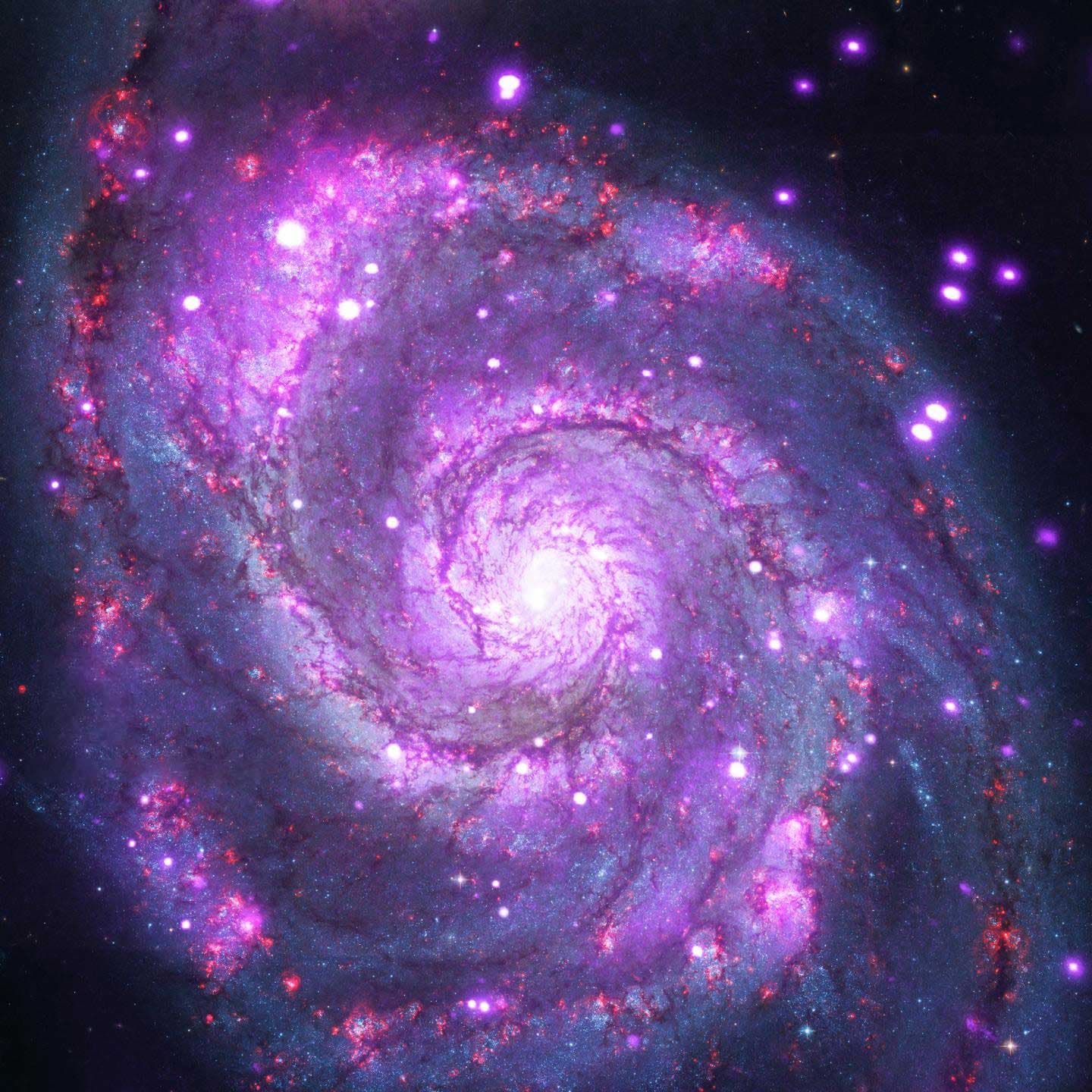 When astronomers first stumbled upon unusually bright sources of X-rays in the 1980s, they thought that these objects – dubbed "ultraluminous X-ray sources" (ULXs) – were huge black holes. However, thanks to modern equipment we now know that some ULXs are in fact neutron stars, small but extremely dense objects formed from the collapsed core of a star.

Using super telescopes like NASA's Nuclear Spectroscopic Telescope Array (NuSTAR), scientists were able to identify three ULXs as neutron stars in the past, and now they have found a fourth. A team from the California Institute of Technology (Caltech) used NASA's Chandra X-ray Observatory to examine a ULX situated some 28 million lightyears away in the Whirlpool galaxy.

"We might actually be getting firm physical clues as to how these small objects can be so mighty," said Caltech's Fiona Harrison, principal investigator of the NuSTAR mission, in a press release.

Looking at Chandra's archive data, researchers noticed a dip in the ULX's light spectrum. After weighing a variety of possible explanations, the team concluded that this disturbance was the result of an interaction of forces known as cyclotron resonance, which is prompted by charged particles circling around in a magnetic field. Since neutron stars contain magnetic fields, while black holes don't, the researchers knew that the ULX was the former and not the latter.

The immense gravitational pull of a neutron star draws in material from companion stars, which causes the matter to heat up and glow with X-rays. However, there is a point where the X-ray light that's produced actually pushes this material away – known as the Eddington limit – which puts a ceiling on the rate at which matter can be accumulated, and the X-rays that are given off.

ULXs are special because they can break this limit, which is why they produce extremely bright X-rays. Scientists believe that they can do so because a neutron star's strong magnetic field mitigates the pressure that pushes material away. What we can see from a distance is an exceptionally bright star.

Read This Next
Futurism
A Colossal Wave of Burning Gas Was Just Discovered Rippling Through Space
Futurism
Astronomers Just Found A Rogue Black Hole Careening Through Its Galaxy
Futurism
This Is What the X-Rays Coming From Pluto Tell Us
Futurism
New Research Shows How Stars Turn to Gold
Futurism
Scientists Find Mysterious, Repeating Radio Bursts Emanating From Space
More on Off World
Heavy Metal
Yesterday on the byte
NASA Mars Rover Finds Metallic Object That Smashed Down on Surface
Small But Mighty
Yesterday on the byte
Baby Asteroid Photobombs James Webb On Accident
Little Guy
Yesterday on the byte
Scientists Prototype "Creeping" Lizard-Like Robot for Exploring Mars
READ MORE STORIES ABOUT / Off World
Keep up.
Subscribe to our daily newsletter to keep in touch with the subjects shaping our future.
+Social+Newsletter
TopicsAbout UsContact Us
Copyright ©, Camden Media Inc All Rights Reserved. See our User Agreement, Privacy Policy and Data Use Policy. The material on this site may not be reproduced, distributed, transmitted, cached or otherwise used, except with prior written permission of Futurism. Articles may contain affiliate links which enable us to share in the revenue of any purchases made.
Fonts by Typekit and Monotype.