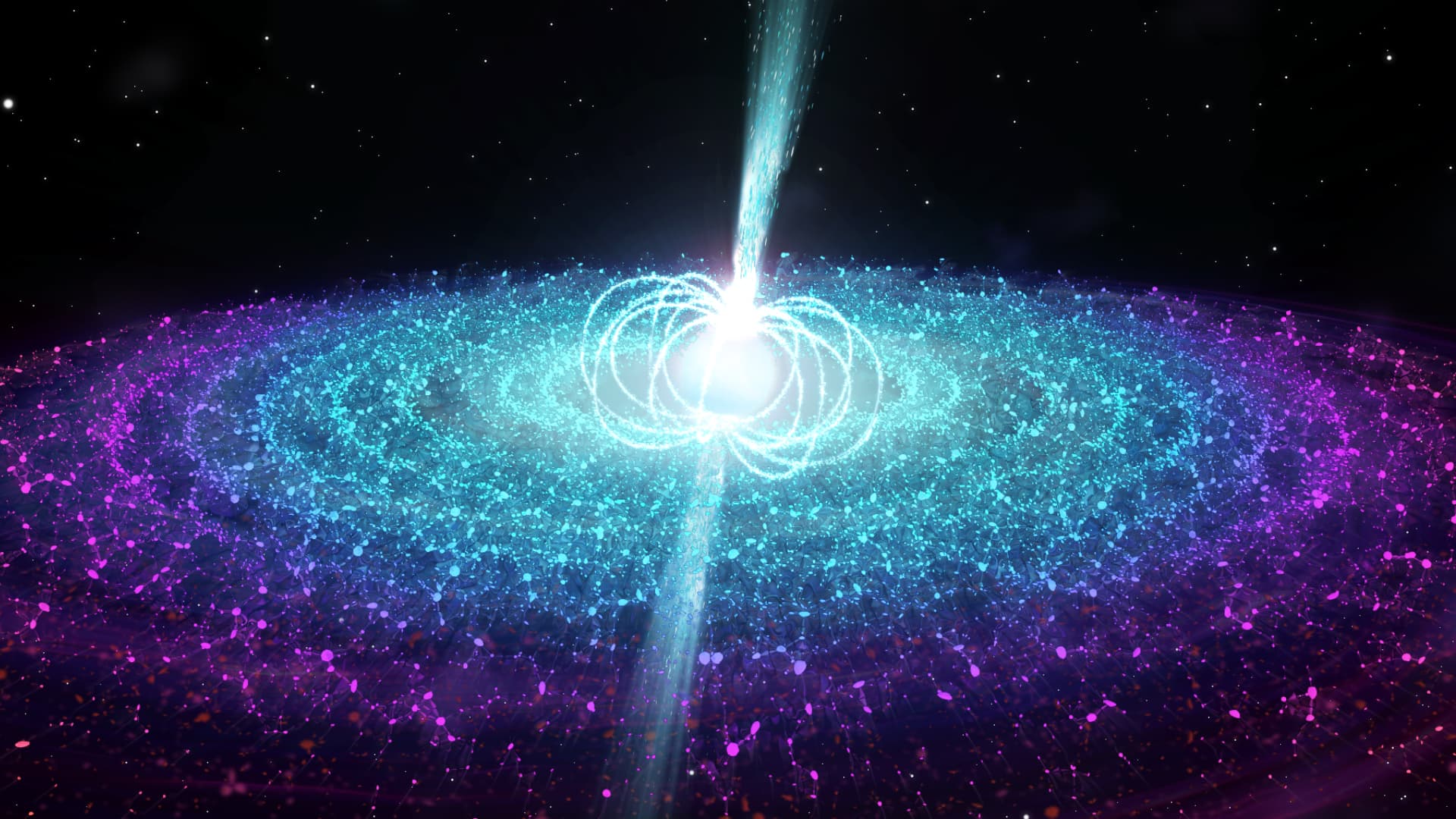 "For the first time ever, we have observed a jet coming from a neutron star with a very strong magnetic field."

"For the first time ever, we have observed a jet coming from a neutron star with a very strong magnetic field."

In a ranking of cool space phenomenon, radio jets have to take a spot near the top. They're near-light-speed blasts of material from black holes or neutron stars, which are known as “stellar corpses” because they are the remnants of stars left after they've gone supernova, and they're downright spectacular.

Scientists thought the only neutron stars that could expel radio jets were those with very weak magnetic fields. But a new discovery has punched a big hole in that understanding.

They just figured out that a jet-spewing neutron star called Swift J0243.6+6124 has got a really, really strong magnetic field, according to a paper published Wednesday in Nature.

THE FORCE IS STRONG

"The magnetic field of the neutron star we studied is about 10 trillion times stronger than that of our own Sun, so for the first time ever, we have observed a jet coming from a neutron star with a very strong magnetic field," lead researchers Jakob van den Eijnden said in a press release. "The discovery reveals a whole new class of jet-producing sources for us to study."

ENERGY IN, ENERGY OUT

And now, thanks to this study, we can start hunting down radio jets in places we never thought to look.

More on radio jets: Researchers Discover “Bizarre” Black Holes That Are All Aligned

Ayy Lmao
Scientists Puzzled by "Spooky" Object Sending Radio Signals Every 18 Minutes From Deep Space
1. 27. 22
Read More
BUUURP
Astronomers Pinpoint Source of Mysterious Radio Burst Signal
11. 4. 20
Read More
Not a Neutron Star, Not Yet a Black Hole
Astronomers May Have Discovered First-Ever "Black Neutron Star"
6. 23. 20
Read More
+Social+Newsletter
TopicsAbout UsContact Us
Copyright ©, Camden Media Inc All Rights Reserved. See our User Agreement, Privacy Policy and Data Use Policy. The material on this site may not be reproduced, distributed, transmitted, cached or otherwise used, except with prior written permission of Futurism. Articles may contain affiliate links which enable us to share in the revenue of any purchases made.
Fonts by Typekit and Monotype.