Researchers Discover "Bizarre" Black Holes That Are All Aligned

This is the first time that we have seen a host of black holes that are all aligned. 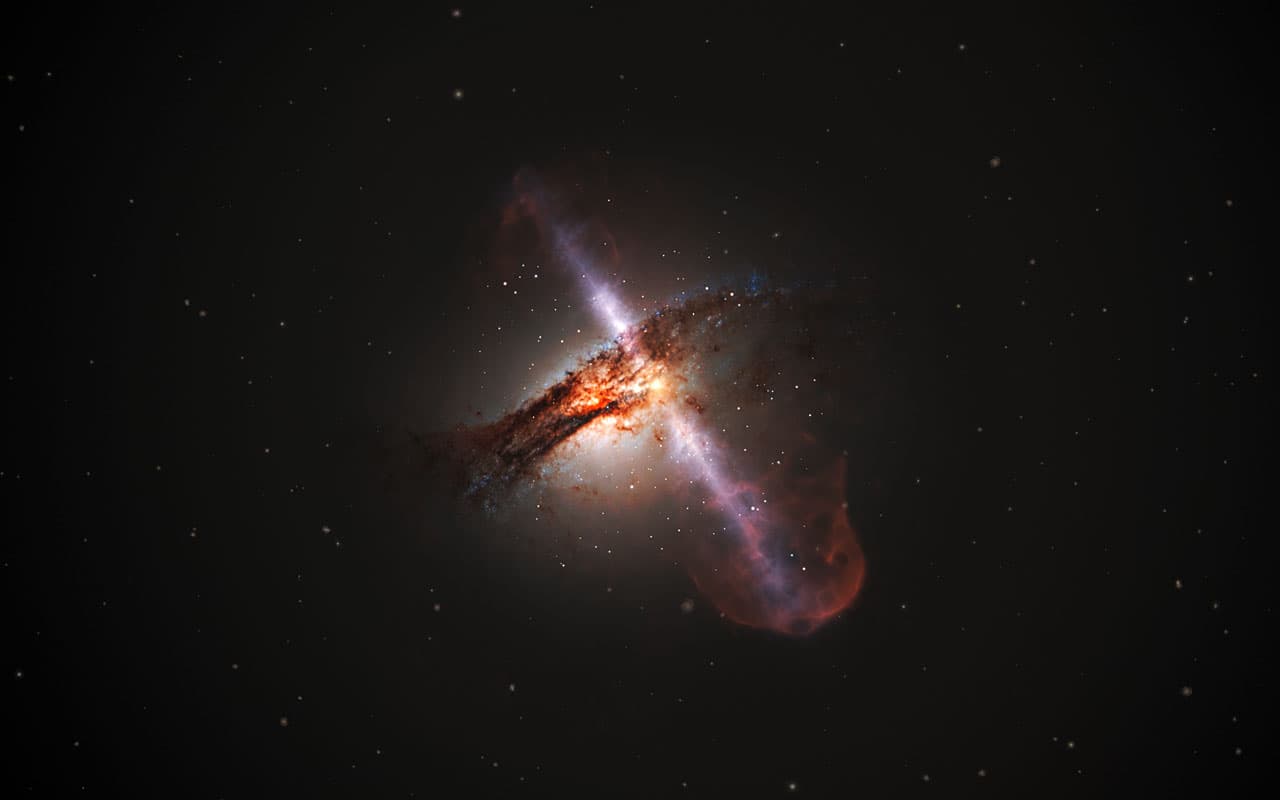 Researchers in South Africa have discovered something "bizarre" in our galaxy: A region of the distant universe where supermassive black holes are all spinning out radio jets in the same direction. Most likely, this is the result of primordial mass fluctuations in the early universe.

That said, this is the first time an alignment of the jets of galaxies over a large volume of space has been seen.

The discovery was made possible by a three-year, deep radio imaging survey of the radio waves coming from a region called ELAIS-N1 using the Giant Metrewave Radio Telescope (GMRT).

"Since these black holes don't know about each other, or have any way of exchanging information or influencing each other directly over such vast scales, this spin alignment must have occurred during the formation of the galaxies in the early universe."

This type of alignment has never been predicted by theories – and an unknown phenomenon like this presents a challenge: How exactly does this discovery fit into our early theories of the universe?

"We're beginning to understand how the large-scale structure of the universe came about, starting from the Big Bang and growing as a result of disturbances in the early universe, to what we have today," says Prof Taylor, "and that helps us explore what the universe of tomorrow will be like."

Read This Next
Black Hole's Sun
Scientists Just Released the First-Ever Image of a Black Hole
On The Event Horizon
Here's Why Everyone's so Excited About the Black Hole Image
Eyes Up
Scientists May Have Finally Found the Universe's Missing Matter
Black Hole Sun
Here's the Best-Ever Image of the Black Hole Devouring Our Galaxy
Diving In
360-Degree Video Shows What It's Like to Fall Into a Black Hole
More on Off World
Drama Bomb
Yesterday on the byte
European Space Agency Halts Plans to Send Astronauts to Chinese Space Station
Futurism
Yesterday on the byte
Asteroid Mining Startup About to Launch First Mission
Carry On, Wayward...
Yesterday on the byte
NASA Says Lucy Spacecraft Will Forge Ahead With Busted Solar Array
READ MORE STORIES ABOUT / Off World
Keep up.
Subscribe to our daily newsletter to keep in touch with the subjects shaping our future.
+Social+Newsletter
TopicsAbout UsContact Us
Copyright ©, Camden Media Inc All Rights Reserved. See our User Agreement, Privacy Policy and Data Use Policy. The material on this site may not be reproduced, distributed, transmitted, cached or otherwise used, except with prior written permission of Futurism. Articles may contain affiliate links which enable us to share in the revenue of any purchases made.
Fonts by Typekit and Monotype.