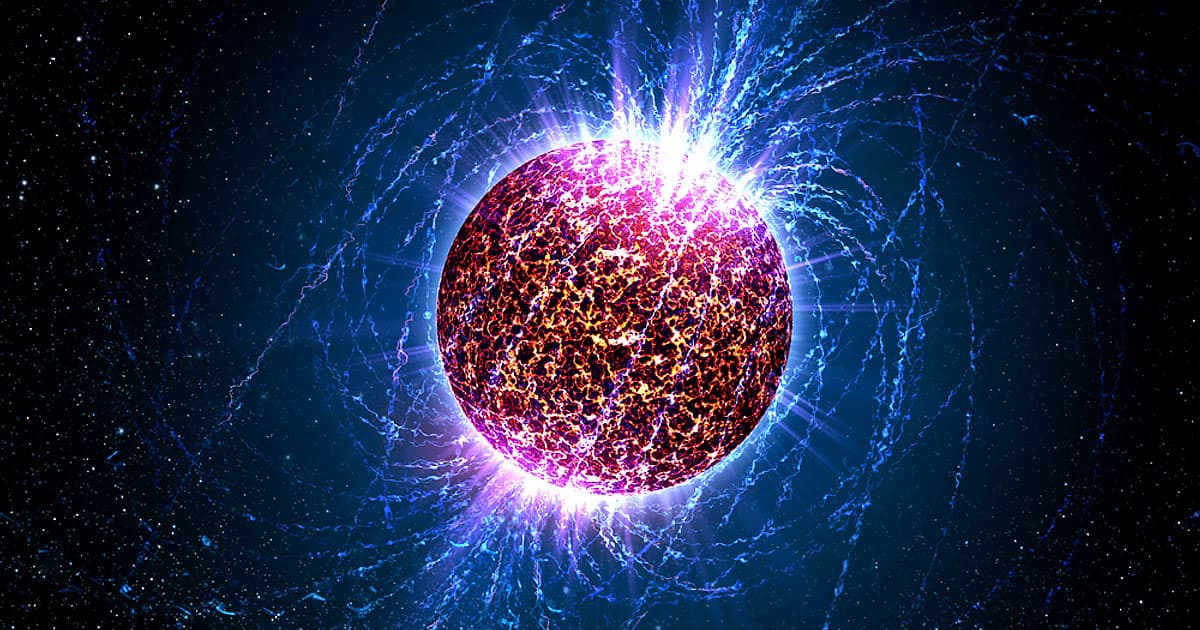 Astronomers Just Spotted the Most Massive Neutron Star Ever

A piece of this neutron star the size of a sugar cube would weigh 100 million tons — about the mass of the entire human population.

A piece of this neutron star the size of a sugar cube would weigh 100 million tons — about the mass of the entire human population.

A team of astronomers from West Virginia University claim they've discovered the most massive neutron star to date, packing in more than double the mass of the Sun into a sphere that's only 15 miles across.

Neutron stars are directly observable from Earth mostly in pulsar form — radiating neutron stars that emit powerful radio waves — and are the densest observable objects in the universe. And this is the heaviest yet.

A neutron star is the corpse of a massive celestial body that was once between 10 and 29 times the mass of the Sun but collapsed in on itself in a supernova explosion.

The star, which has the catchy name J0740+6620, is one such pulsar. It was detected using the Green Bank Telescope in Pocahontas County, West Virginia, and a paper detailing the team's discovery was published today in Nature Astronomy.

To figure out its mass, the researchers measured how much gravity is warped around it from a nearby companion star. The result: a tiny sugar-cube's worth would weigh 100 million tons on Earth, or the weight of every single human on Earth combined.

"These stars are very exotic," professor of physics and astronomy Maura McLaughlin, co-author of the paper, said in a statement. "We don't know what they're made of and one really important question is, 'How massive can you make one of these stars?' It has implications for very exotic material that we simply can't create in a laboratory on Earth."

More on neutron stars: Scientists Have Learned Why Neutron Stars Shine So Bright

Strange Stars
Astronomers Puzzled by Extremely Peculiar Object in Deep Space
10. 25. 22
Read More
zombie star
Scientists Puzzled by Star That Exploded in Supernova But Somehow Survived
6. 28. 22
Read More
Ayy Lmao
Scientists Puzzled by "Spooky" Object Sending Radio Signals Every 18 Minutes From Deep Space
1. 27. 22
Read More
+Social+Newsletter
TopicsAbout UsContact Us
Copyright ©, Camden Media Inc All Rights Reserved. See our User Agreement, Privacy Policy and Data Use Policy. The material on this site may not be reproduced, distributed, transmitted, cached or otherwise used, except with prior written permission of Futurism. Articles may contain affiliate links which enable us to share in the revenue of any purchases made.
Fonts by Typekit and Monotype.