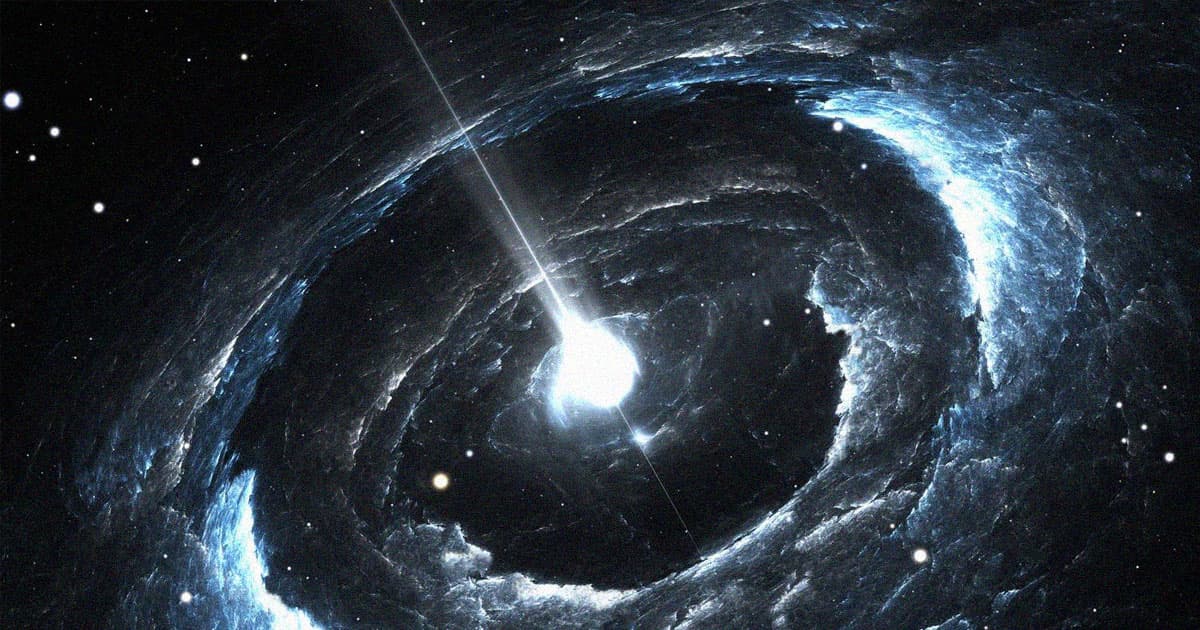 Astronomers have discovered a mysterious neutron star that's far lighter than previously thought possible, undermining our understanding of the physics and evolution of stars. And fascinatingly, it may be composed largely of quarks.

As detailed in a new paper published in the journal Nature Astronomy this week, the neutron star has a radius of just 6.2 miles and only the mass of 77 percent of the Sun.

That makes it much lighter than other previously studied neutron stars, which usually have a mass of 1.4 times the mass of the Sun at the same radius.

The team of astronomers, led by Victor Doroshenko of Eberhard Karls University of Tübingen in Germany, therefore suggest it could be an entirely new type of star.

"Our mass estimate makes the central compact object in HESS J1731-347 the lightest neutron star known to date, and potentially a more exotic object — that is, a 'strange star' candidate," the paper reads.

Neutron stars, which are some of the densest objects in the known universe, are typically formed after supergiant stars go supernova.

The star's core can then implode, compressing all of that mass into an extremely dense object. According to scientists' calculations, a single teaspoon of neutron star would have a mass of 2.2 trillion pounds.

But this newly discovered object defies our known definitions and boundaries.

Doroshenko and his team found that the star is actually much closer to us than we thought using data obtained by the European Space Agency's Gaia spacecraft, which allowed them to recalculate the mysterious star's mass.

The resulting mass and radius, though, simply don't fit into our current definition of a neutron star, which makes this new discovery a possible "strange star" candidate, according to the team.

Strange stars are hypothetical celestial objects thought to be made up of largely "strange quark" matter, allowing them to have lower temperatures and masses of other neutron stars.

Astronomers have also suggested that strange stars could be behind fast radio bursts, mysterious and powerful bursts of radio pulses that have yet to be explained.

In short, it's a highly unusual object that could rewrite our understanding of the universe.

"Such a light neutron star, regardless of the assumed internal composition, appears to be a very intriguing object from an astrophysical perspective," Doroshenko and his team wrote in a statement.

READ MORE: Mysterious Object May Be a 'Strange Star' Made Out of Quarks, Scientists Say [Science Alert]

More on neutron stars: Scientists Spotted Something That Appeared to Be Moving 7 Times the Speed of Light

Read This Next
zombie star
Scientists Puzzled by Star That Exploded in Supernova But Somehow Survived
Spider Stars
Astronomers Discover "Spider Stars" That Tear Apart Other Stars
Dark Matter Mystery
Distant Neutron Stars May Offer Clue About the Truth of Dark Matter
Betelgeuse Betelgeuse Betelgeuse
Astronomers: This Star Isn't As Giant As We Thought, Just Closer
Fall Out Boy
Scientists: Earth Moving Through Radioactive Debris of Exploded Stars
More on Hard Science
Quacks Like a Duck
Thursday on futurism
Those Headlines About Scientists Building a Wormhole Are Total Nonsense, People
It From Bit
Nov 22 on the byte
A Scientist Is Crowdfunding an Experiment to Check if We Live in a Simulation
Water Carrying
Nov 20 on the byte
Evidence Grows That Soggy Meteorites Gave Earth Its Oceans
READ MORE STORIES ABOUT / Hard Science
Keep up.
Subscribe to our daily newsletter to keep in touch with the subjects shaping our future.
+Social+Newsletter
TopicsAbout UsContact Us
Copyright ©, Camden Media Inc All Rights Reserved. See our User Agreement, Privacy Policy and Data Use Policy. The material on this site may not be reproduced, distributed, transmitted, cached or otherwise used, except with prior written permission of Futurism. Articles may contain affiliate links which enable us to share in the revenue of any purchases made.
Fonts by Typekit and Monotype.