Astronomers: This Star Isn't As Giant As We Thought, Just Closer

Oops! Objects in telescope may be closer than they appear. 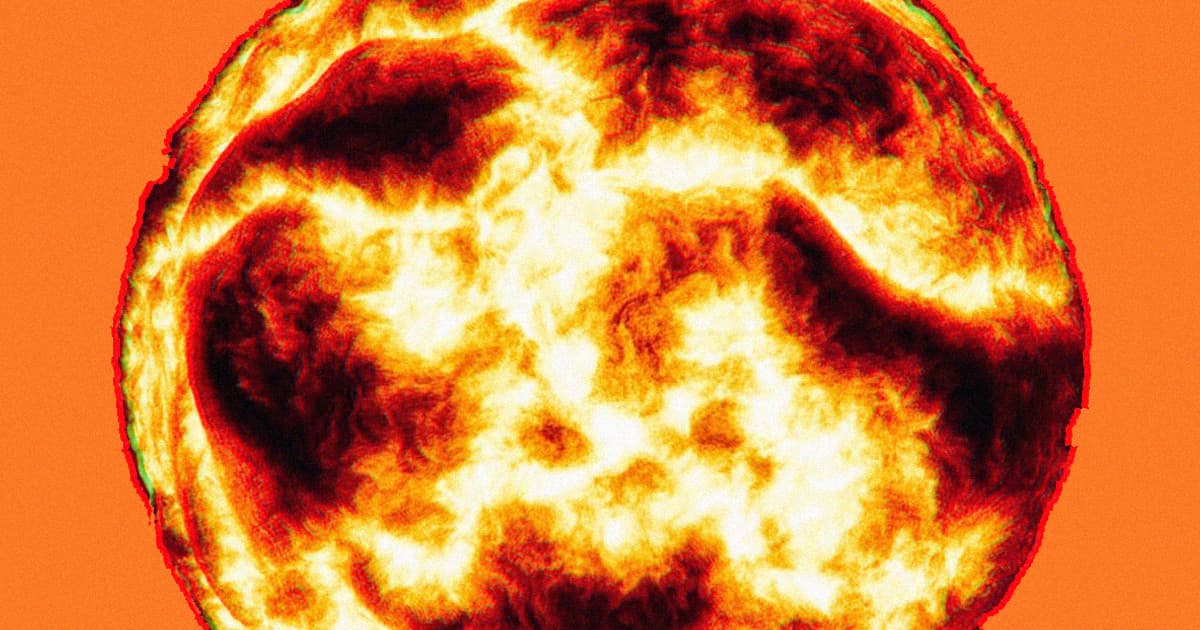 For years, astronomers have speculated that the red supergiant star Betelgeuse, in the Orion constellation, was about to explode in a supernova, a rare event so close to home.

But such an event could still be a long way off, according to new research by a team of researchers at The Australian National University. In fact, we may have been wrong about both Betelgeuse's mass and its distance from Earth as a result.

"It's normally one of the brightest stars in the sky, but we've observed two drops in the brightness of Betelgeuse since late 2019," Meridith Joyce, lead author of the paper published in The Astrophysical Journal this week, said in a statement.

"This prompted speculation it could be about to explode," she added. "But our study offers a different explanation."

As stars approach the later stages of their evolution, some of them — depending on their mass — balloon into extremely hot supergiants, burning off their outer layers through fusion reactions and depleting their hydrogen fuel. When the core collapses, it explodes in a supernova and forms an extremely dense and much smaller neutron star.

Astronomers believe Betelgeuse is such a red supergiant, with its brightness dipping as its slowly dying over hundreds of thousands of years, closing in on a supernova event.

But such a spectacle may still be a long way off. The Australian team found that the two dips in brightness were caused by first by a dust cloud and then by pulsations, expansions and contractions of the outer layer of the star as struggles to maintain its shape.

They analyzed these dips in light more closely using hydrodynamic and seismic modelling to figure out if Betelgeuse was on its death bed or not.

What they found was that pressure waves were the cause of the pulsations. In other words, Betelgeuse is not in its death throes.

"It's burning helium in its core at the moment, which means it's nowhere near exploding," Joyce said, referring to the fact that it still has plenty of fuel to burn before running out and triggering a core collapse. "We could be looking at around 100,000 years before an explosion happens."

This means the team was able to go back to the drawing board to calculate its mass.

"The actual physical size of Betelgeuse has been a bit of a mystery — earlier studies suggested it could be bigger than the orbit of Jupiter," co-author Dr László Molnár from the Konkoly Observatory in Budapest said in the statement. "Our results say Betelgeuse only extends out to two thirds of that, with a radius 750 times the radius of the sun."

Now that they had the mass, they were able to infer how far the star is from us.

"Our results show it's a mere 530 light years from us — 25 per cent closer than previous thought," Molnár said.

More on Betelgeuse: Giant Star Betelgeuse May Have Eaten a Smaller Companion

Read This Next
Strange Stars
Astronomers Puzzled by Extremely Peculiar Object in Deep Space
zombie star
Scientists Puzzled by Star That Exploded in Supernova But Somehow Survived
Fall Out Boy
Scientists: Earth Moving Through Radioactive Debris of Exploded Stars
Big Blast
Scientists: Exploding Star Likely Caused Mass Extinction on Earth
Skeleton Wars
Your Bones Are Made Out of Exploded Stars, Scientists Say
More on Hard Science
Tractor Beam
Jan 26 on the byte
Scientists Build Working Tractor Beam, Although It's Comically Tiny
Having a Blast
Jan 18 on the byte
New Study Shows Where You Should Hide to Survive a Nuclear Attack
Offworld Amino
Jan 15 on the byte
Scientists Find Building Blocks of Life in Meteor That Smashed Into Family's Driveway
READ MORE STORIES ABOUT / Hard Science
Keep up.
Subscribe to our daily newsletter to keep in touch with the subjects shaping our future.
+Social+Newsletter
TopicsAbout UsContact Us
Copyright ©, Camden Media Inc All Rights Reserved. See our User Agreement, Privacy Policy and Data Use Policy. The material on this site may not be reproduced, distributed, transmitted, cached or otherwise used, except with prior written permission of Futurism. Articles may contain affiliate links which enable us to share in the revenue of any purchases made.
Fonts by Typekit and Monotype.