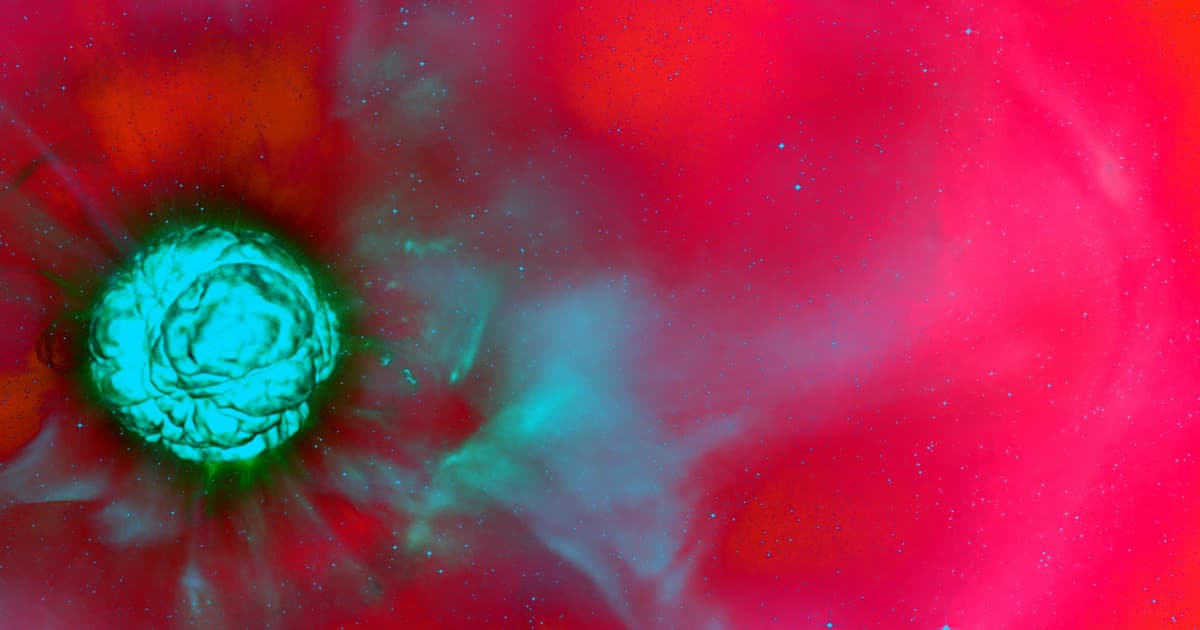 Giant Star Betelgeuse May Have Eaten a Smaller Companion

The famous red giant may have once been two stars.

The famous red giant may have once been two stars.

The red giant star Betelgeuse is a fixture of astronomy research thanks to its massive size and close proximity to Earth. But despite countless observations, scientists still haven't been able to explain several of the star's bizarre characteristics.

Now, a team of astronomers from Louisiana State University in Baton Rouge has built a new model that could answer lingering questions about Betelgeuse — by positing that it was once two stars.

Betelgeuse is what's called a runaway star, a term used to describe stars moving at faster-than-expected speeds. It also has rotational rate of between 17,700 and 53,000 kilometers per hour (11,000 and 33,000 miles per hour), which is faster than expected given Betelgeuse's life stage.

"For such a famous star that everyone knows and loves, nobody has tried to explain the combination of these two things," LSU astronomer Manos Chatzopoulos told Space.com.

During the 235th meeting of the American Astronomical Society earlier this month, Chatzopoulos and his colleagues presented their possible explanation, which they plan to submit to The Astrophysical Journal.

Researchers already believe that Betelgeuse originated from the Orion OB1 association, which is packed with stars. Chatzopoulos' team posits that interactions with the gravities of those stars could've flung Betelgeuse — and a smaller companion star — away from the region, explaining its high velocity.

Betelgeuse may have later devoured that companion star, according to Chatzopoulos — and that would've affected its outer layers in a way that would explain its fast rotation.

More on runaway stars: A Runaway Star Is Escaping a Black Hole at 1.2 Million MPH

Betelgeuse Betelgeuse Betelgeuse
Astronomers: This Star Isn't As Giant As We Thought, Just Closer
10. 16. 20
Read More
Really Really Really Really Really Big
This Star Is So Huge that Saturn's Orbit Would Fit Inside It
6. 17. 20
Read More
Red Giant Mystery
Did This Planet Survive Getting Swallowed By Its Sun?
11. 4. 19
Read More
+Social+Newsletter
TopicsAbout UsContact Us
Copyright ©, Camden Media Inc All Rights Reserved. See our User Agreement, Privacy Policy and Data Use Policy. The material on this site may not be reproduced, distributed, transmitted, cached or otherwise used, except with prior written permission of Futurism. Fonts by Typekit and Monotype.