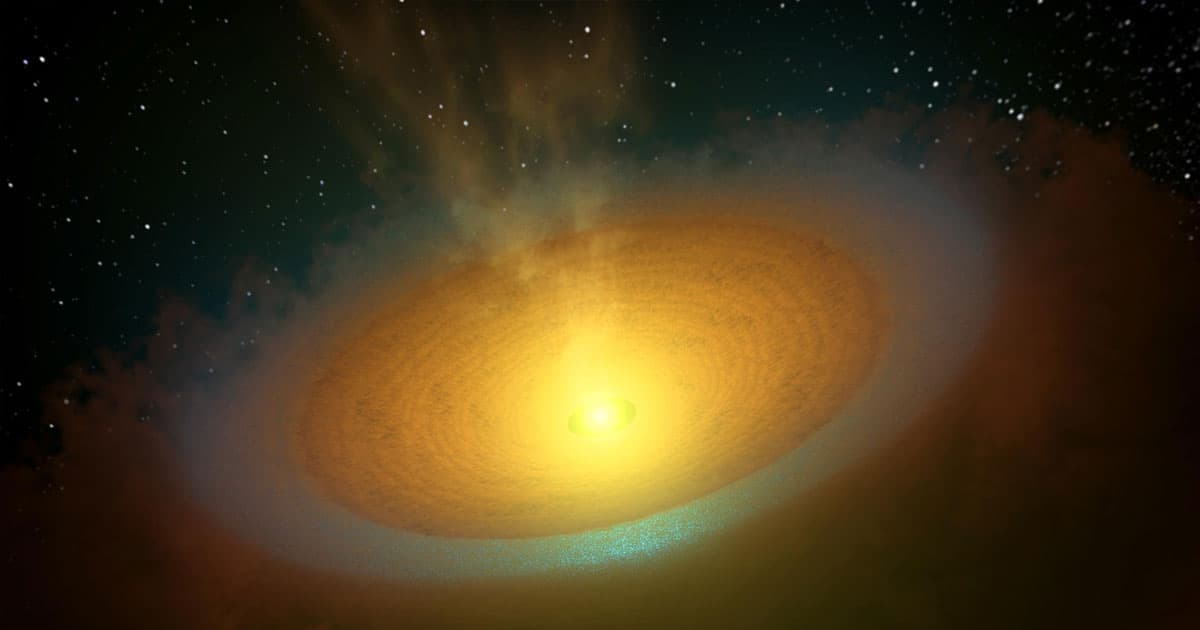 A Runaway Star Is Escaping a Black Hole at 1.2 Million MPH

The terrifying takeaway: our galaxy may be loaded with monster black holes.

The terrifying takeaway: our galaxy may be loaded with monster black holes.

Back in the 1980s, astronomers spotted a runaway star speeding across the night sky at upwards of 1.2 million miles per hour.

Now, decades later, scientists say they've finally figured out which pocket of the galaxy the star once called home — and what it's fleeing from: a giant black hole.

The star, dubbed PG1610+062, has probably spent all this time escaping from a black hole, Live Science reports. Or, more technically, it likely passed near a mid-mass black hole and got whipped off course by its gravitational pull, like a galactic slingshot.

There's something slightly off about that explanation, though. Namely, a black hole with the mid-range mass needed to launch the star at this particular speed has never been observed within the Milky Way, according to a press release about the research.

The scientists calculated that the supermassive black hole at the center of our galaxy couldn't be responsible for the star's wild ride — the numbers simply don't add up unless the black hole is considerably smaller.

In other words, there may be undetected monstrous black holes lurking in the Milky Way.

"Now, PG1610+062 may provide evidence that [mid-mass black holes] could indeed exist in our galaxy," Friedrich-Alexander University of Erlangen-Nuremberg astronomer Andreas Irrgang said in the press release. "The race is on to actually find them."

READ MORE: This Ridiculously Speedy Star Might Be Running Away from a Rare, Unproven Type of Black Hole [Live Science]

More on black holes: Spotted: A Black Hole That Shouldn't Be Physically Possible