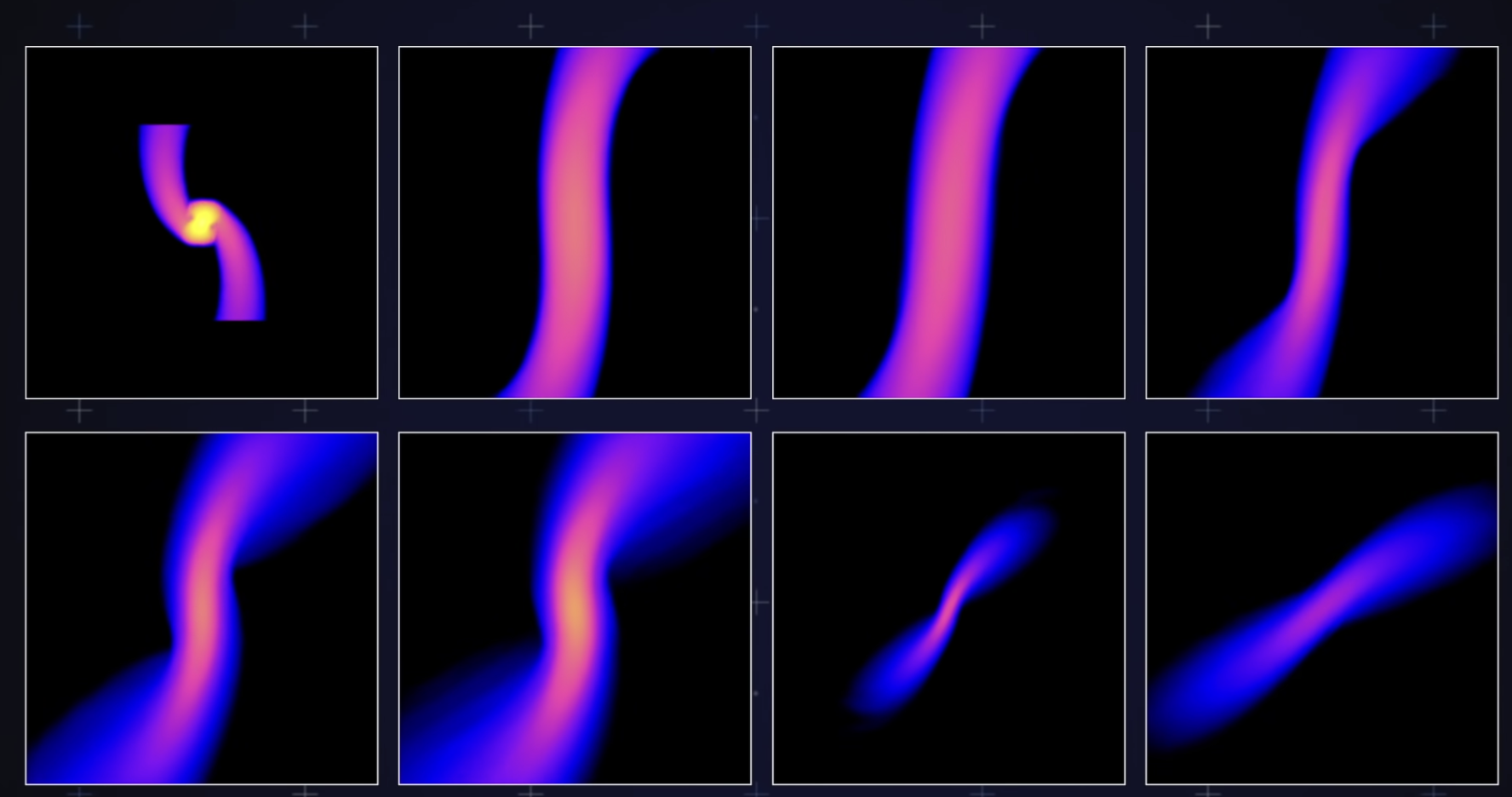 It's not a fight you'd want ringside tickets to, but scientists tossed eight stars against a black hole one million times the mass of the Sun in a simulated battle to see which intergalactic contender would win.

According to a NASA press release, a fellow at the Max Planck Institute for Astrophysics in Germany named Taeho Ryu led the simulations, which were the first to combine the physical effects of Einstein's theory of relativity and virtual stars with realistic internal structures.

"Their goal is to create more realistic models of tidal disruption events, which occur when unlucky stars stray too close to black holes," a narrator says in a video of the simulations posted by NASA Goddard.

In the video, some stars were fully pulled apart and others were only partially disrupted. Intriguingly, some stars were able to return to their normal shapes and retain some of their mass after the boss battle.

NASA's video explains that the star's own gravity will pull it back together as it moves away from the black hole. In what we're sure is a bit of comforting news, four model stars survived the fight: a star much like our own Sun, and those that were approximately 0.15, 0.3 and 0.7 times its mass. But numerous other stars, both larger and smaller than our own, were torn apart.

"The difference between survival and destruction depends on the star's internal density," NASA's video says.

These doomed and ill-fated stars could help astronomers understand how tidal disruption events look and happen, even if they're millions of light years away. It could also help better understand the galaxies around us and how the universe works.

However, we're sure nobody can blame us if we hope we never test their simulations and find out those answers for ourselves. We're pretty sure that even if our Sun was lucky enough to return to its normal shape, none of the tests asked whether human beings would return to their own shapes after a black hole encounter.

Read This Next
Jupiter Ascending
A Wave of Incredible Heat Ripped Through Jupiter
EHT Tu, Black Hole
Astronomers Release Stunning New Image of Black Hole
Congrats!
Nobel Prize Winner on Falling Into a Black Hole: "I Would Not Want To"
Not Quite 24 Frames Per Second
Astrophysicists Release Landmark "Movie" of Wobbling Black Hole
Young Sun Planets
This is the First Image of a Multi-Planet System Around a Sun-Like Star
More on Hard Science
Warped Tour
Feb 2 on futurism
Professor Believes Door to Warp Drive May Lie With Ethylene Glycol
Sky Bursts
Feb 2 on the byte
Astronomers Intrigued by 25 Mysterious Repeating Radio Signals From Deep Space
Tractor Beam
Jan 26 on the byte
Scientists Build Working Tractor Beam, Although It's Comically Tiny
READ MORE STORIES ABOUT / Hard Science
Keep up.
Subscribe to our daily newsletter to keep in touch with the subjects shaping our future.
+Social+Newsletter
TopicsAbout UsContact Us
Copyright ©, Camden Media Inc All Rights Reserved. See our User Agreement, Privacy Policy and Data Use Policy. The material on this site may not be reproduced, distributed, transmitted, cached or otherwise used, except with prior written permission of Futurism. Articles may contain affiliate links which enable us to share in the revenue of any purchases made.
Fonts by Typekit and Monotype.