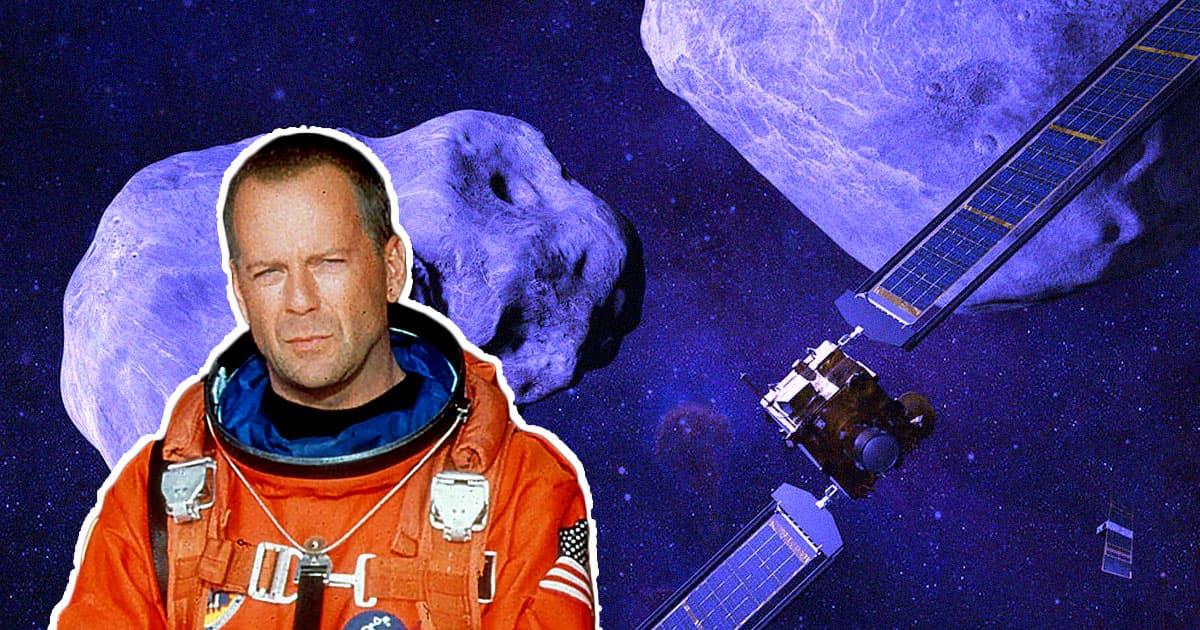 He does want to miss a thing.

He does want to miss a thing.

NASA invited movie star Bruce Willis to the launch of a spacecraft that's gonna smash into an asteroid to see if we could deflect a killer space rock — that's the plot to Willis's 1998 "Armageddon," for those keeping score — but he apparently had better things to do.

As The Washington Post's Christian Davenport tweeted, NASA Administrator Bill Nelson admitted that Willis isn't attending the launch of the much-anticipated Double Asteroid Redirection Test (DART) mission, even though the agency invited him explicitly due to his role in the Michael Bay blockbuster.

"We didn't want to miss that connection," Nelson said in what is hopefully a nod to the classic Aerosmith love song that served as the film's theme song.

For those who were not blessed enough to have watched the film, which featured Aerosmith's Steven Tyler crooning "I Don't Want To Miss a Thing" during a love scene starring his real-life daughter Liv Tyler, the plot revolves around a scenario similar to the real-world near-disaster at the heart of the DART mission: fears of a Texas-sized asteroid, headed straight for Earth.

In the movie, NASA hires a bunch of oil riggers who are badass enough to go into space and blow it to smithereens. So when reports emerged in 2017 that NASA was planning a mission that seemed remarkably like the one in "Armageddon," it felt very much like life was imitating art.

The DART team got so tired of the "Armageddon" comparisons, in fact, that one of them issued a statement dispelling the mythology, noting that the test is actually of "kinetic impactor" technology, which is nerdspeak for the small spaceship that NASA is going to fly into the space rock to move it off course.

"The idea of a kinetic impactor is definitely not like [the movie] ‘Armageddon,’ where you go up at the last hour and you know, save the Earth,” Nancy Chabot, Johns Hopkins planetary scientist and DART team member, said in 2019. “This is something that you would do five, 10, 15, 20 years in advance — gently nudge the asteroid so it just sails merrily on its way and doesn’t impact the Earth."

But NASA apparently didn't get that memo when deciding to invite Willis — who may or may not hate the film — to the launch tonight.