NASA is planning to smash a probe into an asteroid to test planetary defense. 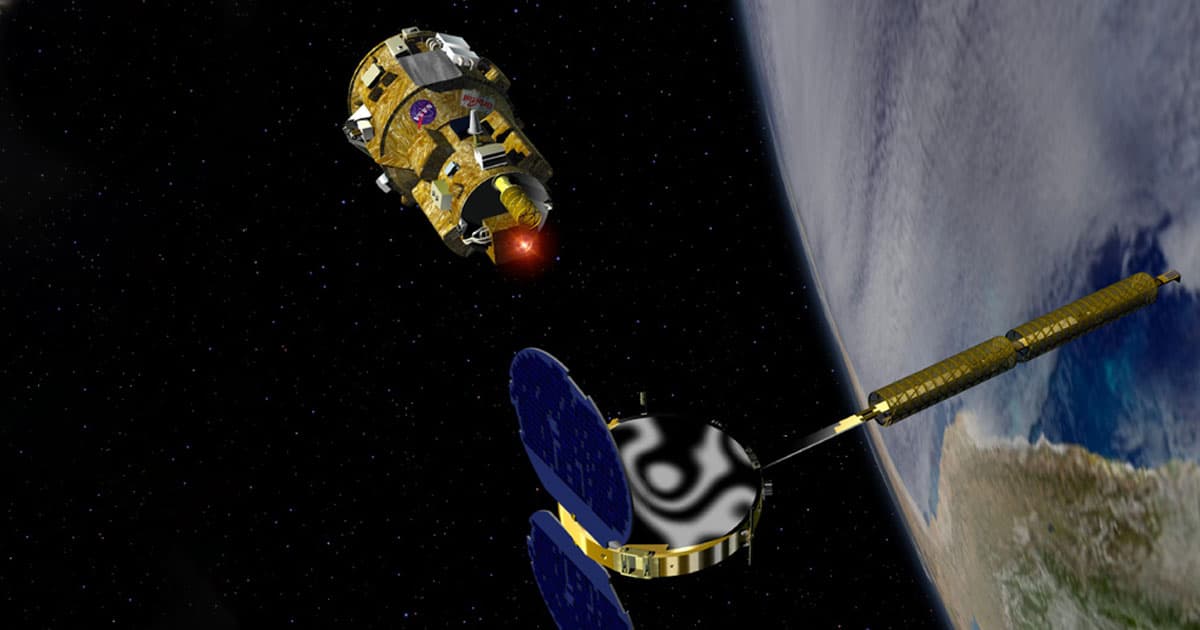 If a killer asteroid were on course to collide with the Earth, it could be a planet-scale disaster. Just look at what happened to the dinosaurs.

To determine whether Earth's space agencies would have any chance of deterring that sort of catastrophe, an upcoming NASA mission will smash a probe into a distant asteroid at an astonishing 13,500 mph (21,000 kilometers per hour).

If the mission is successful, it'll produce an astonishing space collision — and signal an historic breakthrough in planetary defense.

NASA named the mission Double Asteroid Redirection Test, or DART — an acronym that acknowledges the delicate aim required to collide with an asteroid called Didymoon at extraordinary speed.

The idea, DART team member and Johns Hopkins planetary scientist Nancy Chabot told Space.com earlier this month in December, is that the probe's extreme velocity could cause a small change in the killer 'roid's direction, sending it off course years before impact.

"To do something like this, we'd also need a really long warning time; the idea of a kinetic impactor is definitely not like [the movie] 'Armageddon,' where you go up at the last hour and you know, save the Earth," Chabot said. "This is something that you would do five, 10, 15, 20 years in advance — gently nudge the asteroid so it just sails merrily on its way and doesn't impact the Earth."

The current plan is to launch the DART probe in 2020 or 2021 so that it smashes into the asteroid in 2022. Several years later, a follow-up mission headed by the Italian space agency will study the damage and look for any change in the space rock's trajectory.

"That's one of the big differences, is a lot of the science-driven missions seem to be focused on understanding the past of the solar system," Chabot told Space.com. "Planetary defense is really about the present solar system and what are we going to do in the present."

READ MORE: Humanity Will Slam a Spacecraft into an Asteroid in a Few Years to Help Save Us All [Space.com]