Unfortunately, funding the Near-Earth Object Camera is low on the agency's list of priorities. 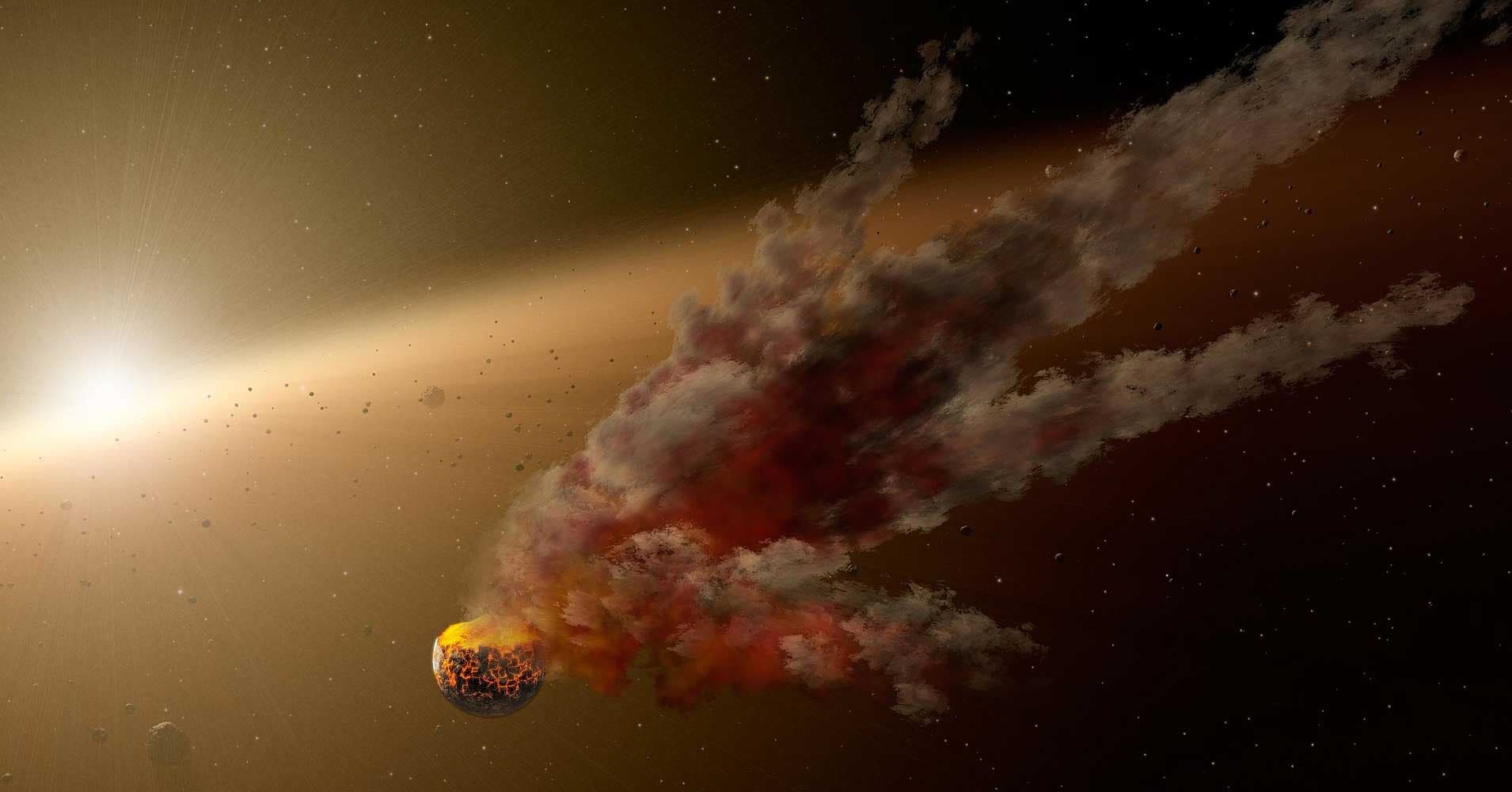 No, he didn't spot any hostile extraterrestrials during his time in space. Schweickart told Business Insider at last month that he's concerned about Earth's inability to spot and monitor potentially-disastrous asteroid impacts.

All it would take to fix that, Schweickart went on to explain, is if NASA would allocate the $40 million needed to launch an orbital observatory called the Near-Earth Object Camera (NEOCam), which was specifically built to detect asteroids but has been sitting idly since it was constructed in 2006. NEOCam would assist current land-based observatories by getting a clearer view of the sky as it orbits the planet.

"It's a critical discovery telescope to protect life on Earth, and it's ready to go," Schweickart told Business Insider.

The problem, as Schweickart sees it, is NASA's preference to fund exciting projects and missions that will make equally-exciting scientific discoveries. Because NEOCam is unlikely to help scientists learn anything new about the cosmos — unless you consider an asteroid hurtling toward the earth to be new and exciting — it's been pushed to the side year after year.

NASA gave $35 million to NEOCam in its 2018 budget, which is enough to keep the program running but not enough to get it into space, where it could actually make a difference.

Of course, should it someday reach orbit, NEOCam will only help scientists better detect incoming asteroids — not divert them.

That's good news that would help people better plan for it on the ground, but because the technology behind NASA's Asteroid Redirect Mission is still under development, actually stopping an asteroid on a collision course with Earth is still action hero territory.

Read This Next
Fighting Words
Retired NASA Astronaut Scott Kelly Dishes on Ukraine, Russia, and Moon Mission
Psychological Warfare
Experts Excoriate NASA Report Claiming James Webb Wasn't Homophobic
Monkey Business
China Plans to Send Monkeys to Space Station to Have Sex With Each Other
Big Impact
Meteorite Hit Mars So Hard NASA Thought It Was a Quake
Overview Effect
William Shatner Says His Space Trip Left Him With a Feeling of Terrible Grief
More on Off World
Watery Grave
Nov 22 on the byte
Chinese Military Forcefully Seizes Debris That Philippines Recovered After It Fell From Space
Jetsam
Nov 22 on the byte
Lunar Lander Released by NASA’s Artemis 1 Mission Dies
Not Not Accurate
Nov 21 on the byte
Bad Guy in New "Indiana Jones" Movie Is Nazi Who Works at NASA
READ MORE STORIES ABOUT / Off World
Keep up.
Subscribe to our daily newsletter to keep in touch with the subjects shaping our future.
+Social+Newsletter
TopicsAbout UsContact Us
Copyright ©, Camden Media Inc All Rights Reserved. See our User Agreement, Privacy Policy and Data Use Policy. The material on this site may not be reproduced, distributed, transmitted, cached or otherwise used, except with prior written permission of Futurism. Articles may contain affiliate links which enable us to share in the revenue of any purchases made.
Fonts by Typekit and Monotype.