"If you want to see a black hole evolve over a decade, there is no substitute for having a decade of data." 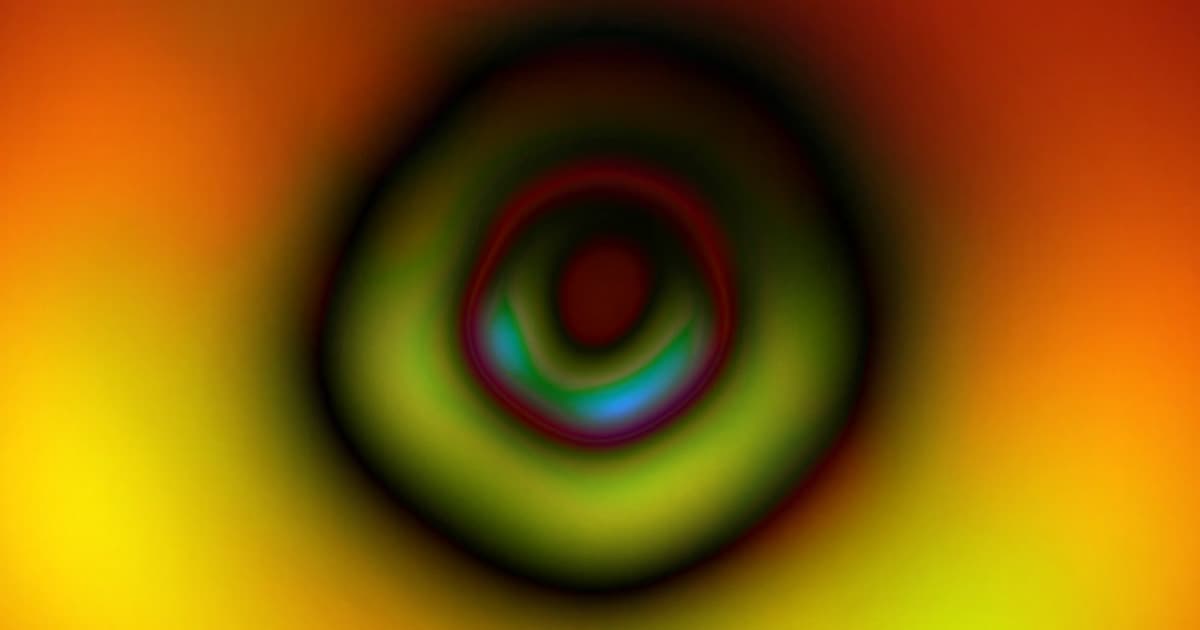 In April 2019, a team of scientists showed off a world's first: an image of a black hole in spectacular detail, taken using a massive telescope array spread out across the globe known as the Event Horizon Telescope.

Almost a year and a half later, we get to see something even more glorious: an animation made up of multiple images of the black hole, transforming the static circular blob of yellow-orange light into a "wobbling" ring.

Breaking: After its historic 2019 image of M87*, the @ehtelescope has dug into its vault of old data and reconstructed (with some guesswork) what the supermassive black hole would have looked like in previous years. It wobbles!https://t.co/Zf2eM7Vfwp pic.twitter.com/vGMAxzHelN

The images are of the supermassive black hole at the center of the M87 galaxy, about 55 million light years away. The black hole itself is so big that it's mass is about 6.5 billion times that of the Sun.

The researchers created the original image last year by combining radio-frequency signals collected over two nights in April 2017. But to the team, that wasn't enough to see how it changed and evolved over time.

To create the new animation, the EHT team looked back at previously collected data from 2009, 2011, 2012, and 2013. "To a degree, they were forgotten, because everyone was super excited about the 2017 data," Maciek Wielgus, radio astronomer at Harvard University in Cambridge and lead author of the paper published in The Astrophysical Journal today, told Nature.

Despite the new images relying at least partially on the scientists' best guesses as to how black holes behave, the animation could help astronomers figure out how intense gravitational forces suck up matter and light around them.

The team noticed that one side of the ring clearly was brighter than the other. That's at least in part due to the Doppler effect: the side that's facing the observer travels relatively faster, boosting the radiation emitted.

"Because the flow of matter falling onto a black hole is turbulent, we can see that the ring wobbles with time," Wielgus told Nature.

Since the 2009-2013 data didn't have a high enough resolution, the team had to generate the rest synthetically using the mathematical model used to create the 2017 image.

It's all thanks to the EHT array's incredible sensitivity. "With the incredible angular resolution of the Event Horizon Telescope, we could observe a billiard game being played on the Moon and not lose track of the score!" Wilegus said in a University of Chicago statement.

"When we first measured the size of M87 in 2009, we couldn't have foreseen that it would give us the first glimpse of black hole dynamics," Shep Doeleman, the founding director of EHT, said in a statement.

"If you want to see a black hole evolve over a decade, there is no substitute for having a decade of data," he added.

READ MORE: The first-ever image of a black hole is now a movie [Nature]

More on M87*: We May Be Able to Extract “Movies” of the Universe From Black Holes

Read This Next
Star War
Scientists Are Trying to Figure Out How to Kill Stars with Black Holes
EHT Tu, Black Hole
Astronomers Release Stunning New Image of Black Hole
Kill It With Fire
Astronomers Find Five Dozen Baby Black Holes in Distant Psychotic Chaos Galaxy
Pac Man Black Hole
A Black Hole Bites a Chunk Out of This Star Every 114 Days
Hol Up
A Supermassive Black Hole Is Missing, NASA Says
More on Hard Science
It From Bit
Nov 22 on the byte
A Scientist Is Crowdfunding an Experiment to Check if We Live in a Simulation
Water Carrying
Nov 20 on the byte
Evidence Grows That Soggy Meteorites Gave Earth Its Oceans
Shroom News
Nov 20 on the byte
Scientists Build Circuit Boards Based on Mushrooms
READ MORE STORIES ABOUT / Hard Science
Keep up.
Subscribe to our daily newsletter to keep in touch with the subjects shaping our future.
+Social+Newsletter
TopicsAbout UsContact Us
Copyright ©, Camden Media Inc All Rights Reserved. See our User Agreement, Privacy Policy and Data Use Policy. The material on this site may not be reproduced, distributed, transmitted, cached or otherwise used, except with prior written permission of Futurism. Articles may contain affiliate links which enable us to share in the revenue of any purchases made.
Fonts by Typekit and Monotype.