That's not what they were expecting at all. 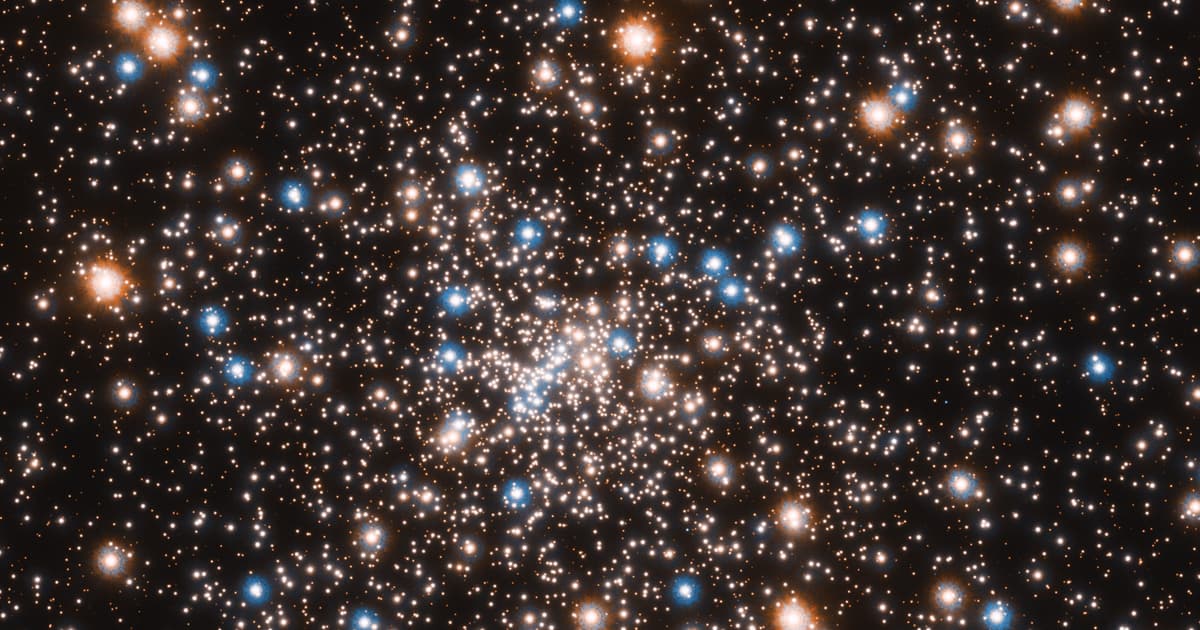 Instead of finding one big black hole at the center of a cluster of 250,000 stars, a pair of astronomers made a very, very unusual discovery: Evidence of a concentration of much smaller black holes, causing nearby stars to move in seemingly random patterns.

The discovery, as detailed in a paper published in the journal Astronomy & Astrophysics earlier this month, could rewrite the way we understand the formation of black holes — particularly the gargantuan ones usually found at the cores of other galaxies.

"We found very strong evidence for an invisible mass in the dense core of the globular cluster, but we were surprised to find that this extra mass is not 'point-like' (that would be expected for a solitary massive black hole) but extended to a few percent of the size of the cluster," said co-author Eduardo Vitral of the Paris Institute of Astrophysics (IAP) in Paris, France, in a NASA statement.

Vitral and his colleague Gary Mamon looked at years of observations of NGC 6397 — a globular cluster some 7,800 light-years from Earth — collected by NASA's Hubble space telescope and the European Space Agency's Gaia space observatory.

"Our analysis indicated that the orbits of the stars are close to random throughout the globular cluster, rather than systematically circular or very elongated," Mamon said in the statement.

The team suspects that the remnants of massive stars — including white dwarfs, neutron stars, but predominantly black holes several times the mass of the Sun — could be causing this near-random movement, given the velocity and locations of the stars making up the cluster.

"Ours is the first study to provide both the mass and the extent of what appears to be a collection of mostly black holes in the center of a core-collapsed globular cluster," the team wrote in their paper.

Clusters of small black holes could also be the source of gravitational waves or ripples in spacetime, which have previously been observed by several telescopes around the world.

So how could we explain the existence of much bigger supermassive black holes at the cores of galaxies that can be several orders of magnitude bigger than the ones spotted by the astronomers?

The team suggests that over millions of years, the small black holes could be brought towards the center of the cluster to form an intermediate-mass black hole, as The New York Times reports.

Considering the cluster has been around for roughly 13 billion years, it's unlikely this intermediate-mass black hole will ever form. But as they say: Perchance to dream (a nightmare of small black holes forming a Voltron-like monster black hole).

More on black holes: Black Holes May Devour Stars From the Inside, Like Cancer

Read This Next
Falling In
Objects We Thought Were Black Holes May Actually Be Wormholes, Scientists Say
Black Hole Snapshot
Scientists Release Image of Black Hole at Center of Our Galaxy
Sucking Atmospheres
Scientists Spot Ravenous "Vampire" Star Devouring Its Neighbor
Yuge
Scientists Discover Enormous Black Hole Right Near Our Galaxy
EHT Tu, Black Hole
Astronomers Release Stunning New Image of Black Hole
More on Hard Science
Warped Tour
Thursday on futurism
Professor Believes Door to Warp Drive May Lie With Ethylene Glycol
Sky Bursts
Thursday on the byte
Astronomers Intrigued by 25 Mysterious Repeating Radio Signals From Deep Space
Tractor Beam
Jan 26 on the byte
Scientists Build Working Tractor Beam, Although It's Comically Tiny
READ MORE STORIES ABOUT / Hard Science
Keep up.
Subscribe to our daily newsletter to keep in touch with the subjects shaping our future.
+Social+Newsletter
TopicsAbout UsContact Us
Copyright ©, Camden Media Inc All Rights Reserved. See our User Agreement, Privacy Policy and Data Use Policy. The material on this site may not be reproduced, distributed, transmitted, cached or otherwise used, except with prior written permission of Futurism. Articles may contain affiliate links which enable us to share in the revenue of any purchases made.
Fonts by Typekit and Monotype.