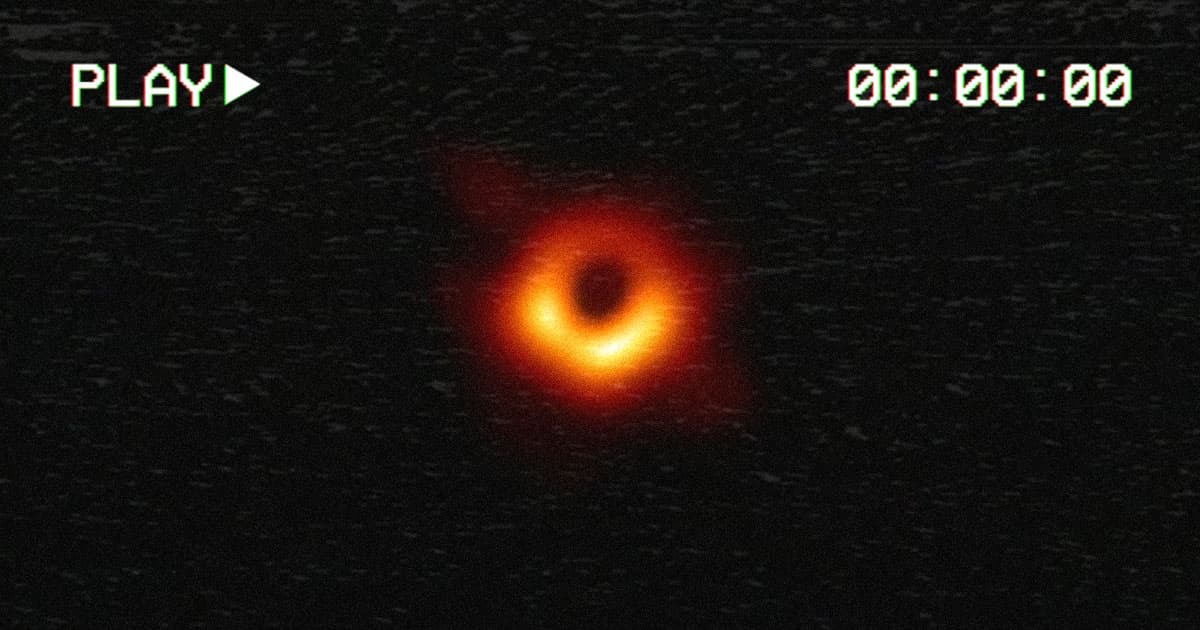 "Together, the set of subrings are akin to the frames of a movie."

"Together, the set of subrings are akin to the frames of a movie."

Ever since the first-ever image of a black hole was published last year, physicists have been scrambling to learn as much about it as they can.

One of their astonishing new claims is that the swirling rings of light trapped in the orbit of the black hole Pōwehi can serve as a sort of historical record, New Scientist reports. The rings of photons could be like the rings of a tree — or even, tantalizingly, like frames of a movie that show the history of the universe.

The scientists studying Pōwehi, who hail from a long list of universities, published work on those swirling rings back in March. In it, they argue that that the sequence of photon rings can tell them how the black hole formed, help them study its properties now, and even serve as a testing ground for theories like Einstein's general relativity.

"Together, the set of subrings are akin to the frames of a movie, capturing the history of the visible universe as seen from the black hole," reads the paper.

While probing the rings could reveal many secrets about black holes, the researchers say there are limits to its value as a historical record of the universe. Each ring, New Scientist reports, is only six days older than the last, and eventually they pass the black hole's event horizon and get gobbled up.

READ MORE: Black holes are hiding movies of the universe in their glowing rings [New Scientist]

More on the black hole image: The M87 Black Hole Now Has an Epic Name