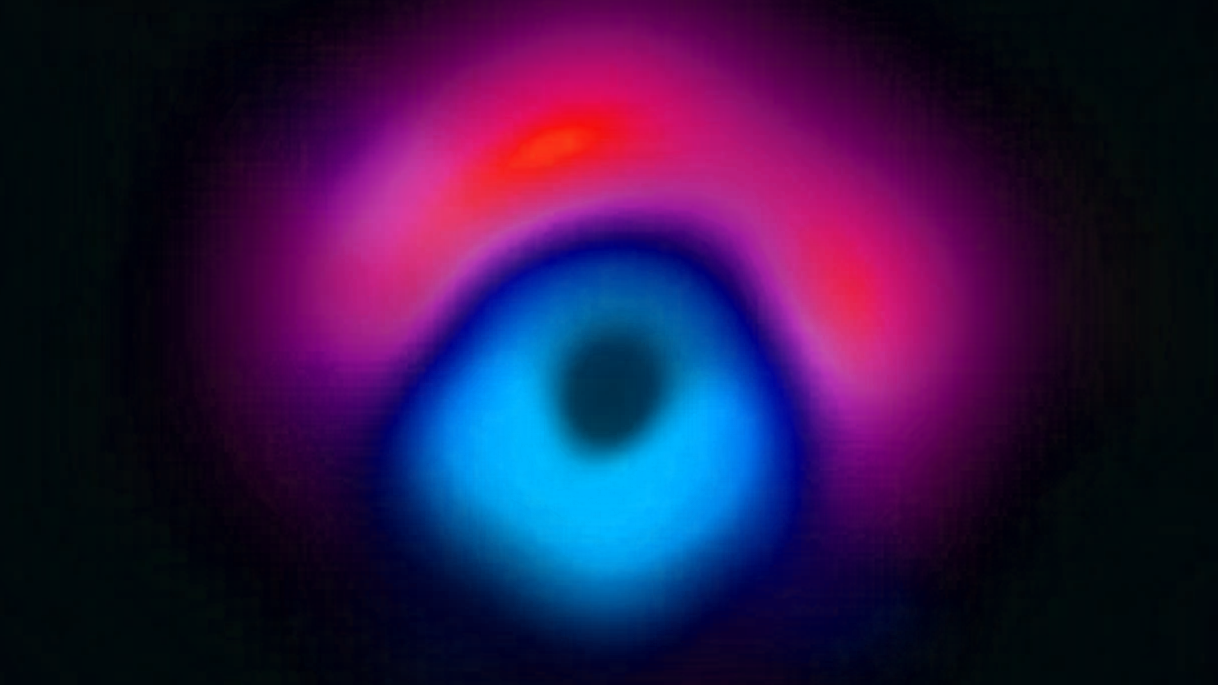 The M87 Black Hole Now Has an Epic Name

You have to admit it's pretty metal.

You have to admit it's pretty metal.

On April 10, the team behind the Event Horizon Telescope (EHT) released the first image of a black hole's event horizon. But before making the discovery public, they tasked Larry Kimura, a Hawaiian language professor at the University of Hawaii at Hilo, with naming the black hole.

For that, he turned to an 18th-century Hawaiian chant called the Kumulipo, combining two words in it — "po" and "wehi" — to create the black hole's name: Pōwehi.

Pōwehi isn't just the perfect name for the M87 black hole because it bears an epic meaning: "embellished dark source of unending creation."

It's also apropos because two of the eight powerful telescopes used to generate the first black hole image are located in Hawaii — so seems fitting that the M87 black hole's name be tied to its Hawaiian roots.

"To have the privilege of giving a Hawaiian name to the very first scientific confirmation of a black hole is very meaningful to me and my Hawaiian lineage that comes from pō," Kimura said in a press release, "and I hope we are able to continue naming future black holes from Hawaiʻi astronomy according to the Kumulipo."

More on the black hole: Scientists Just Released the First-Ever Image of a Black Hole