It's gotta be here somewhere! 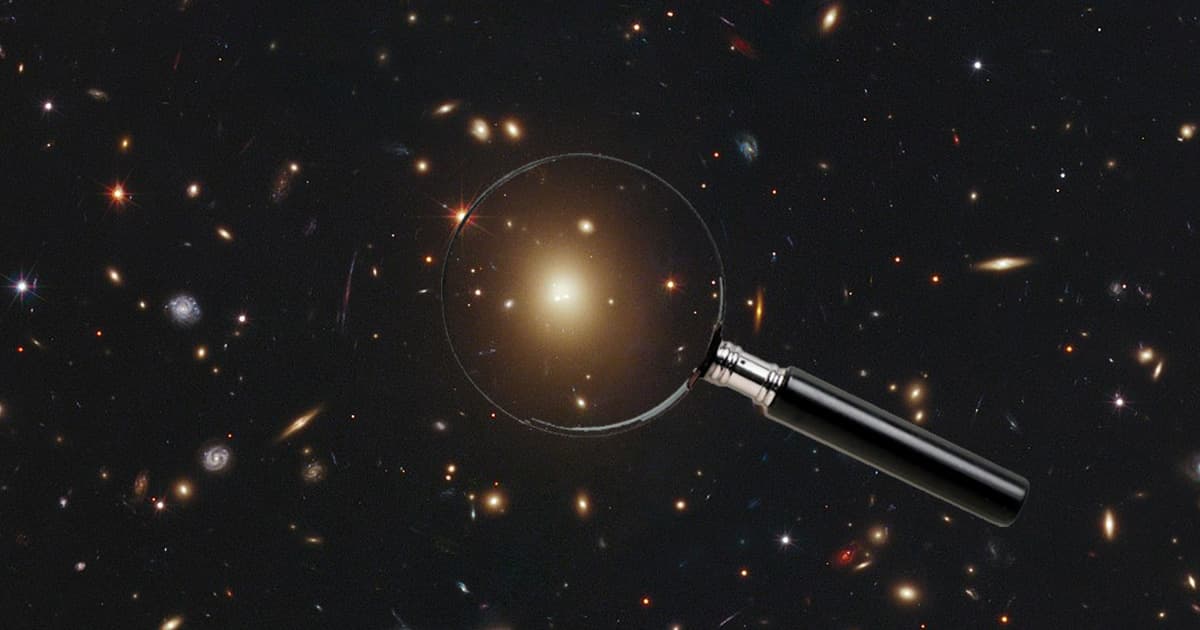 Astronomers have spotted a distant galaxy cluster without the expected supermassive black hole at its center — despite the fact that its mass should be somewhere between three and 100 billion times that of the Sun.

The black hole was theorized to be in the galaxy cluster Abell 2261, about 2.7 billion light years from Earth, according to observations made between 1999 and 2004, according to a NASA statement.

Almost every large galaxy in the known universe contains a supermassive black hole. The more massive the galaxy, the more enormous the black hole. In fact, this particular black hole was predicted to be one of the largest on record.

But it's missing. To explain that, scientists have put forward several explanations.

The first is that the black hole could have been ejected from its host galaxy as a result of two galaxies merging to create one even more massive galaxy, otherwise known as a "recoiling black hole."

Alternatively, the two galaxies' respective black holes could have merged into one even bigger supermassive black hole, creating a gigantic core at the center of the resulting mega-galaxy. While this phenomenon has yet to be directly observed involving black holes at such a scale, astronomers have observed mergers involving substantially smaller black holes.

In a paper set to be published in the journal American Astronomical Society, a team led by Sarah Burke-Spolaor from West Virginia University put forward two further possible explanations: either there simply isn't a black hole there, or there is indeed a black hole that just isn't active enough to produce any noticeable amounts of X-rays to show up in Chandra observations.

The scientists are hoping to use NASA's upcoming James Webb Space Telescope to have a closer look.

READ MORE: On the Hunt for a Missing Giant Black Hole [NASA]

More on supermassive black holes: Nobel Prize Winner on Falling Into a Black Hole: “I Would Not Want To”

Read This Next
Falling In
Objects We Thought Were Black Holes May Actually Be Wormholes, Scientists Say
Black Hole Snapshot
Scientists Release Image of Black Hole at Center of Our Galaxy
Into Darkness
Inside NASA's Bold Proposal to Probe the Mysteries of Dark Matter
Sucking Atmospheres
Scientists Spot Ravenous "Vampire" Star Devouring Its Neighbor
Yuge
Scientists Discover Enormous Black Hole Right Near Our Galaxy
More on Hard Science
Warped Tour
Feb 2 on futurism
Professor Believes Door to Warp Drive May Lie With Ethylene Glycol
Sky Bursts
Feb 2 on the byte
Astronomers Intrigued by 25 Mysterious Repeating Radio Signals From Deep Space
Tractor Beam
Jan 26 on the byte
Scientists Build Working Tractor Beam, Although It's Comically Tiny
READ MORE STORIES ABOUT / Hard Science
Keep up.
Subscribe to our daily newsletter to keep in touch with the subjects shaping our future.
+Social+Newsletter
TopicsAbout UsContact Us
Copyright ©, Camden Media Inc All Rights Reserved. See our User Agreement, Privacy Policy and Data Use Policy. The material on this site may not be reproduced, distributed, transmitted, cached or otherwise used, except with prior written permission of Futurism. Articles may contain affiliate links which enable us to share in the revenue of any purchases made.
Fonts by Typekit and Monotype.