"This discovery is a snapshot of an environment that is very similar to our solar system, but at a much earlier stage of its evolution." 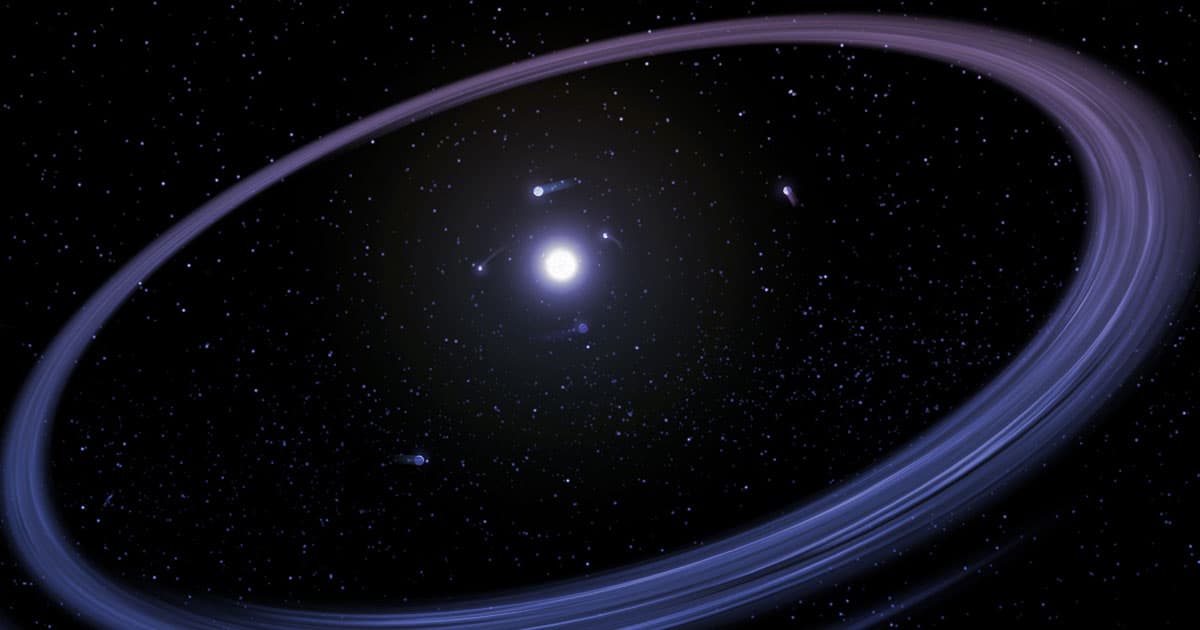 An international team of astronomers have taken what they claim is the first-ever image of a multi-planet system around a Sun-like star.

While plenty of images exist of a single planet orbiting a star roughly the size of the Sun, this is the first time such a system has been imaged featuring multiple exoplanets.

It's an exceedingly rare event. So far only two systems with two or more exoplanets around the same star have been imaged — but the stars in each were radically different in nature than the Sun.

The star, dubbed TYC 8998-760-1 and imaged using the European Southern Observatory’s Very Large Telescope (ESO’s VLT), is only a fraction of the age of our Sun, at just 17 million years, and is located about 300 light-years away.

"This discovery is a snapshot of an environment that is very similar to our solar system, but at a much earlier stage of its evolution," Alexander Bohn, a PhD student at Leiden University in the Netherlands and lead author of a paper about the finding published today in the Astrophysical Journal Letters, said in a statement.

The image shows two bright spots of light marking the two exoplanets, with their parent star shining bright in the top left corner. The exoplanets orbit their star at about 160 and 320 times the Earth-Sun distance, meaning they're even further way from their star than Jupiter or Saturn are to the Sun.

The team also found that both exoplanets are extremely massive, with the inner planet being 14 times the mass of Jupiter.

To create the image, the team used the SPHERE instrument on the VLT, which is capable of blocking the bright light from stars in order to detect much fainter planets orbiting them.

The news comes after a different team of ESO scientists revealed the first-ever images of a star being born, also using the VLT. The images showed swirls of dust and gas spiraling around the star system AB Aurigae about 520 light-years from Earth, including a "twist" in the center where astronomers suspected a planet is forming.

"Even though astronomers have indirectly detected thousands of planets in our galaxy, only a tiny fraction of these exoplanets have been directly imaged," co-author Matthew Kenworthy, associate professor at Leiden University, said in the statement. "Direct observations are important in the search for environments that can support life."

Next, the team is excited by the prospects of the ESO's upcoming Extremely Large Telescope (ELT), which, as its name suggests, will be even more sensitive.

“The possibility that future instruments, such as those available on the ELT, will be able to detect even lower-mass planets around this star marks an important milestone in understanding multi-planet systems, with potential implications for the history of our own solar system," Bohn said.

More on the VLT: Stunning Images Appear to Show a Planet Being Born

Read This Next
Jupiter Ascending
A Wave of Incredible Heat Ripped Through Jupiter
Absolute Unit
Scientists Discover Gigantic New World that Defies Previous Planetary Understanding
Star War
Scientists Are Trying to Figure Out How to Kill Stars with Black Holes
Star Stream
Something Is Ripping Apart the Nearest Star Cluster to Earth
Snap
Scientists Just Took an Actual Picture of a Planet in Another Star System
More on Hard Science
Warped Tour
Yesterday on futurism
Professor Believes Door to Warp Drive May Lie With Ethylene Glycol
Sky Bursts
Yesterday on the byte
Astronomers Intrigued by 25 Mysterious Repeating Radio Signals From Deep Space
Tractor Beam
Jan 26 on the byte
Scientists Build Working Tractor Beam, Although It's Comically Tiny
READ MORE STORIES ABOUT / Hard Science
Keep up.
Subscribe to our daily newsletter to keep in touch with the subjects shaping our future.
+Social+Newsletter
TopicsAbout UsContact Us
Copyright ©, Camden Media Inc All Rights Reserved. See our User Agreement, Privacy Policy and Data Use Policy. The material on this site may not be reproduced, distributed, transmitted, cached or otherwise used, except with prior written permission of Futurism. Articles may contain affiliate links which enable us to share in the revenue of any purchases made.
Fonts by Typekit and Monotype.