"We are just starting to explore stunning new worlds." 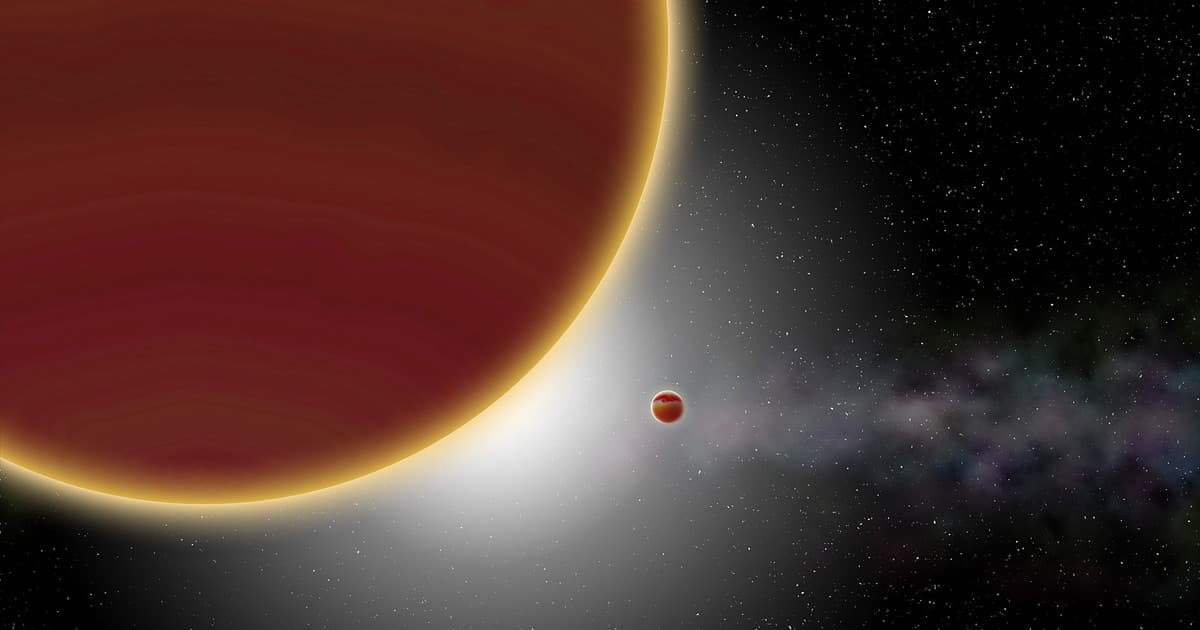 Using the Very Large Telescope (VLT) in Chile, a team of astronomers say they've managed to confirm the existence of an exoplanet — by taking an actual picture of it.

The planet, called "b Pictoris c," is located some 63 light-years away from Earth in the Beta Pictoris system. Using the new brightness and dynamic mass information they've gleaned by imaging it, they're hoping they can zone in on how it may have been formed.

Researchers first discovered the existence of the planet by studying the effects it had on its parent star's orbit. The planet orbits its star at an extremely close distance, making it difficult to image it by itself.

The team used a technique called "radial velocity method" that has been used for years to detect hundreds of exoplanets — but never to study exoplanets themselves directly.

By combining images from VLT's four telescopes, the team was able to hone in on the location with extreme detail, which also enabled them to snap a picture of it — the first time an exoplanet was able to be confirmed through both the "radial velocity method" and direct imaging.

"This means, we can now obtain both the brightness and the mass of this exoplanet," Mathias Nowak, lead author on the paper published in the journal Astronomy and Astrophysics last week, explained in a statement. "As a general rule, the more massive the planet, the more luminous it is."

Before we can determine its mass, the team will have to wait for enough radial velocity data to come in. And that might take some time: one full orbit of the exoplanet takes 28 Earth years.

"It is amazing, what level of detail and sensitivity we can achieve with GRAVITY," Frank Eisenhauer, lead scientist of the GRAVITY project at the Max Planck Institutes for Astronomy and Extraterrestrial Physics, said in the statement.

"We are just starting to explore stunning new worlds, from the supermassive black hole at the center of our galaxy to planets outside the solar system," he added.

More on exoplanet: An Earth-Sized Planet Is Floating Around Without a Star

Read This Next
Absolute Unit
Scientists Discover Gigantic New World that Defies Previous Planetary Understanding
Against All Odds
If the Readings Are Right, There's Something Very Strange About This Exoplanet
A Bit On the Nose
An Earth-Sized Planet Is Floating Around Without a Star
Young Sun Planets
This is the First Image of a Multi-Planet System Around a Sun-Like Star
Howdy Alien Neighbor
New Research: Closest Exoplanet to Earth Could Host Life
More on Hard Science
Horrible Geese
Dec 4 on futurism
Furious Geese Are Defeating Humans, Scientists Find
Quacks Like a Duck
Dec 1 on futurism
Those Headlines About Scientists Building a Wormhole Are Total Nonsense, People
It From Bit
Nov 22 on the byte
A Scientist Is Crowdfunding an Experiment to Check if We Live in a Simulation
READ MORE STORIES ABOUT / Hard Science
Keep up.
Subscribe to our daily newsletter to keep in touch with the subjects shaping our future.
+Social+Newsletter
TopicsAbout UsContact Us
Copyright ©, Camden Media Inc All Rights Reserved. See our User Agreement, Privacy Policy and Data Use Policy. The material on this site may not be reproduced, distributed, transmitted, cached or otherwise used, except with prior written permission of Futurism. Articles may contain affiliate links which enable us to share in the revenue of any purchases made.
Fonts by Typekit and Monotype.