"It's one of the most interesting planets known in the solar neighborhood." 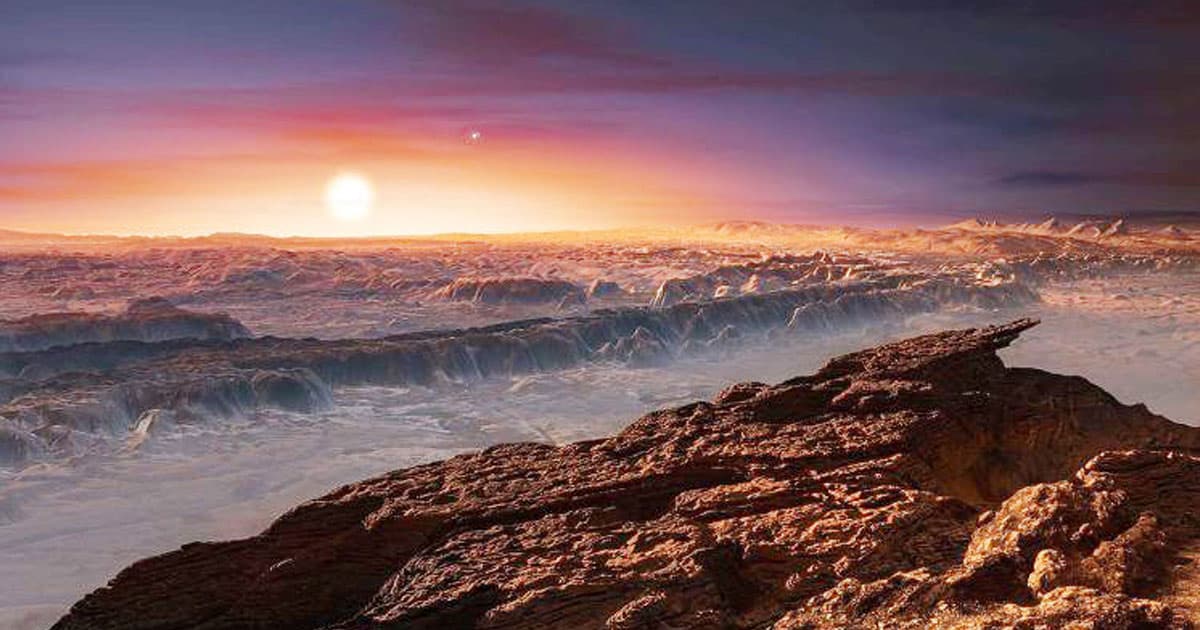 Using state-of-the-art astronomical instruments, an international team of researchers has confirmed the existence of Proxima b, an Earth-like planet that's orbiting the closest star to our solar system, Proxima Centauri.

"Confirming the existence of Proxima b was an important task, and it's one of the most interesting planets known in the solar neighborhood," Alejandro Suarez Mascareño, lead author of a paper about the research published in the journal Astronomy & Astrophysics, said in a statement.

They found that Proxima b is 1.17 times the mass of Earth, smaller than the older estimate of 1.3 times. It orbits its star in just 11.2 days. Nailing down the mass of a distant planet with such precision is "completely unheard of," said 2019 Nobel Prizer winner Michel Mayor, who laid the groundwork for the technology that made the discovery possible, in the statement.

Proxima b was first discovered in 2016 using HARPS (High Accuracy Radial Velocity Planet Searcher), a planet-hunting spectrograph mounted to one of the telescopes at the European Southern Observatory at the La Silla Observatory in Chile.

The scientists were able to hone in on the planet with ESPRESSO, a new generation spectrograph also at the observatory in Chile, which boasts three times the precision as HARPS.

"We were already very happy with the performance of HARPS, which has been responsible for discovering hundreds of exoplanets over the last 17 years," Francesco Pepe, astronomy professor at the University of Geneva, Switzerland, and leader of ESPRESSO.

"We're really pleased that ESPRESSO can produce even better measurements, and it's gratifying and just reward for the teamwork lasting nearly 10 years," Pepe, who also co-authored the paper, added.

Even though Proxima b orbits its star at such a close distance, it still receives about the same amount of energy from it that Earth does from the Sun. And that has astronomers excited about the potential of finding alien life.

But there's some bad news: Proxima Centauri tends to bombard any planets in its vicinity with a ferocious amount of X rays — Proxima b receives about 400 times the amount as Earth receives from its Sun.

That leads to the question: "Is there an atmosphere that protects the planet from these deadly rays?" asked co-author Christophe Lovis, a researcher who worked on ESPRESSO, in the statement. Lovis hopes that the next generation of spectrographs — ESPRESSO's successor, "RISTRETTO," is already in the works — could help us find the answer.

For us to get a closer look at Proxima b however, Proxima Centauri is "only" 4.2 light-years from the Sun — meaning it would still take several thousand years to get there using today's propulsion technology.

READ MORE: ESPRESSO confirms the presence of an Earth around the nearest star [University of Geneva]

Read This Next
Star Stream
Something Is Ripping Apart the Nearest Star Cluster to Earth
So Close But So Far
Astronomers May Have Spotted a New Planet Around the Nearest Star
Phone Home
SETI Institute Admits That Proxima Centauri Signal Is Very Strange
Against All Odds
If the Readings Are Right, There's Something Very Strange About This Exoplanet
Snap
Scientists Just Took an Actual Picture of a Planet in Another Star System
More on Hard Science
Tractor Beam
Thursday on the byte
Scientists Build Working Tractor Beam, Although It's Comically Tiny
Having a Blast
Jan 18 on the byte
New Study Shows Where You Should Hide to Survive a Nuclear Attack
Offworld Amino
Jan 15 on the byte
Scientists Find Building Blocks of Life in Meteor That Smashed Into Family's Driveway
READ MORE STORIES ABOUT / Hard Science
Keep up.
Subscribe to our daily newsletter to keep in touch with the subjects shaping our future.
+Social+Newsletter
TopicsAbout UsContact Us
Copyright ©, Camden Media Inc All Rights Reserved. See our User Agreement, Privacy Policy and Data Use Policy. The material on this site may not be reproduced, distributed, transmitted, cached or otherwise used, except with prior written permission of Futurism. Articles may contain affiliate links which enable us to share in the revenue of any purchases made.
Fonts by Typekit and Monotype.