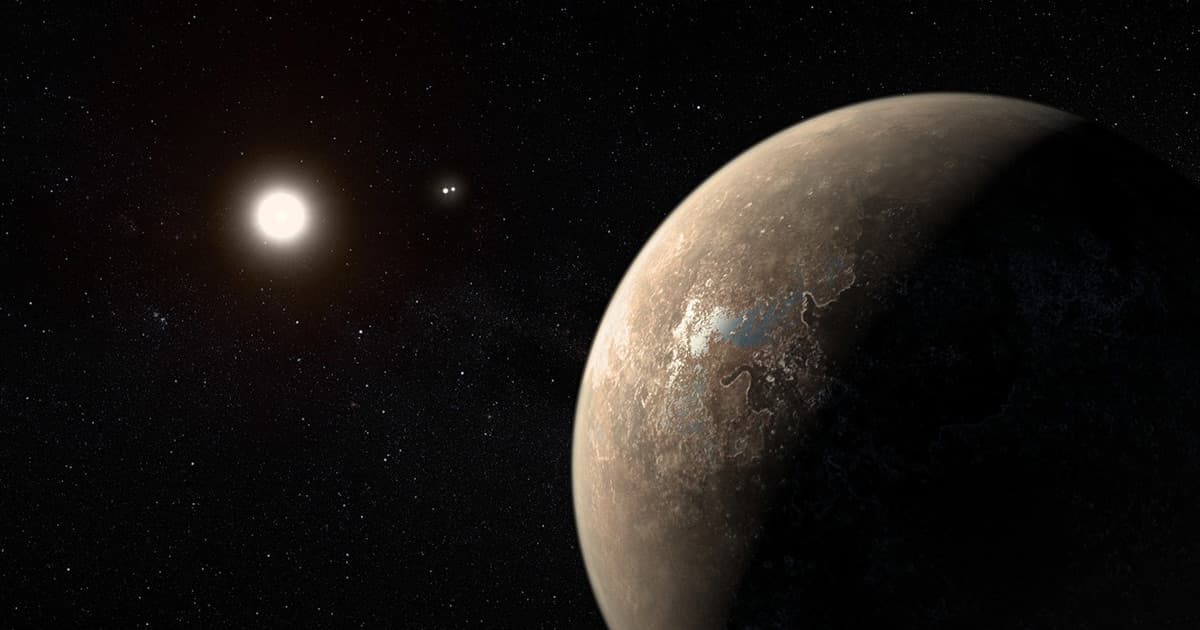 "Proxima is our closest neighbor in an immense universe. How could we not be charmed by it?"

"Proxima is our closest neighbor in an immense universe. How could we not be charmed by it?"

An international team of astronomers have found new evidence of a second exoplanet orbiting Proxima Centauri, the star that's closest to the Sun at only 4.22 light years away.

"Proxima is our closest neighbor in an immense universe," co-author Fabio Del Sordo, an astronomer at Yale University, told Scientific American. "How could we not be charmed by it?”

In a study published in the journal Planetary Science today, the team suggests that "Proxima c," a suspected super-Earth about six to eight times heavier than Earth, could be orbiting Proxima Centauri every 1,900 Earth days.

The astronomers found the evidence by examining 17 years of data from instruments run by the European Southern Observatory in Chile. They found persistent and regular light signals collected by the observatories, suggesting the existence of an orbiting planet.

It will take a lot more data, however, to fully confirm the existence of the freezing exoplanet, as MIT Technology Review points out.

Luckily, that might soon change thanks to the European Space Agency's Gaia spacecraft, as noted in the paper — a space observatory that measures the positions and motions of stars, which is set to release a ton of new data in the coming years.

READ MORE: There might be another exoplanet hiding around our closest star [MIT Technology Review]

More on Proxima Centauri: A Nearby Planet Thought to Host Life Was Just Blasted With Radiation

Absolute Unit
Scientists Discover Gigantic New World that Defies Previous Planetary Understanding
12. 8. 21
Read More
So Close But So Far
Astronomers May Have Spotted a New Planet Around the Nearest Star
2. 10. 21
Read More
Phone Home
SETI Institute Admits That Proxima Centauri Signal Is Very Strange
12. 22. 20
Read More
+Social+Newsletter
TopicsAbout UsContact Us
Copyright ©, Camden Media Inc All Rights Reserved. See our User Agreement, Privacy Policy and Data Use Policy. The material on this site may not be reproduced, distributed, transmitted, cached or otherwise used, except with prior written permission of Futurism. Fonts by Typekit and Monotype.