/ Off World/ Exoplanets/ Extraterrestrial Life/ Proxima B
3. 2. 18 by Claudia Geib 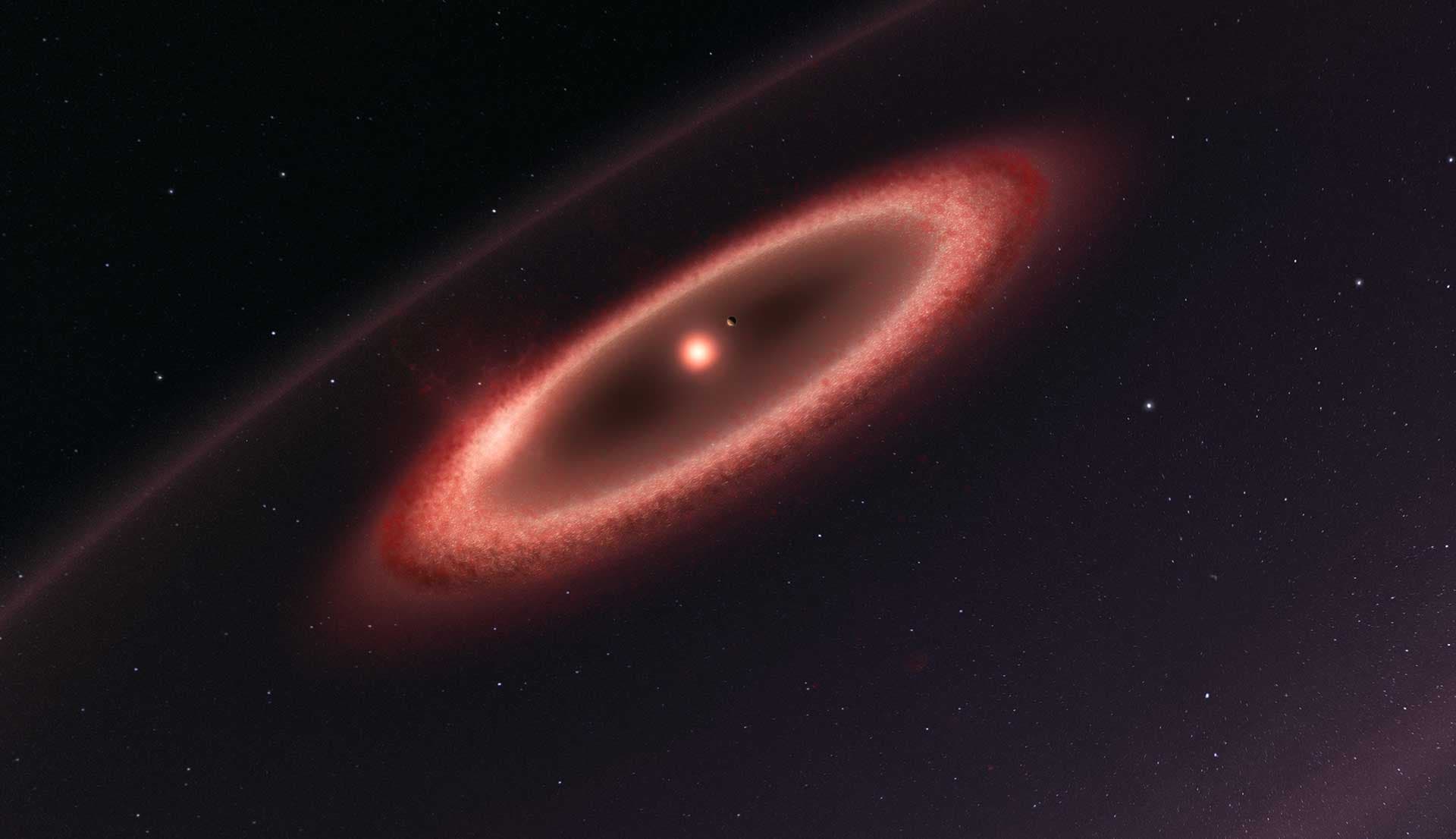 In 2016, when scientists confirmed the discovery of Proxima b, a potentially habitable, Earth-sized planet orbiting the star Proxima Centauri, it was cause for astrobiological celebration. Proxima Centauri is the nearest star to our solar system — just 4.24 light-years away — so, in the search for extraterrestrial life, we'd found a promising candidate in our cosmic backyard.

Now, new information casts doubt on the exoplanet's life-hosting potential, not to mention our plans to investigate it.

Based on observations from the Atacama Large Millimeter/submillimeter Array (ALMA), scientists recently found that Proxima Centauri emitted an exceptionally powerful solar flare in March 2017. If life ever did exist on Proxima b, this violent flare, which was 10 times brighter than our Sun's largest flares, may have wiped it out.

"March 24, 2017, was no ordinary day for Proxima Cen," said Meredith MacGregor, an astronomer from the Carnegie Institution for Science, in a National Radio Astronomy Observatory press release.

MacGregor's team found that the flare made Proxima Centauri 1,000 times brighter over the course of just 10 seconds. Though the entire event (including a smaller preceding flare) lasted less than two minutes, it bathed little Proxima b with an estimated 4,000 times more radiation than Earth receives from the Sun's usual flares.

That's not great news for anything that might have been alive on the exoplanet's surface.

"It's likely that Proxima b was blasted by high energy radiation during this flare," said MacGregor in the press release. "Over the billions of years since Proxima b formed, flares like this one could have evaporated any atmosphere or ocean and sterilized the surface, suggesting that habitability may involve more than just being the right distance from the host star to have liquid water."

We already have powerful telescopes in development that promise to give us a closer look at Proxima b, and missions designed to help us determine if it hosts life. Even if we find out the exoplanet it uninhabitable, that knowledge could inform our search for life on planets beyond the Centauri system.

Small dwarf stars like Proxima Centauri are the most common type in our galaxy, and we've already found planets in the habitable zones around several. But given that dwarf stars are prone to violent fits, like Proxima Centauri's most recent episode, any life on the surfaces of these planets would need to be esheltered from — or hardened against — some intense solar radiation.

Read This Next
Accuracy Wall
Harvard and MIT Scientists Warn That James Webb Data May Not Be What It Seems
Outing Life
Swiss Government Scientist Says We May Be on the Brink of Discovering Alien Life
Sun Gazer
Researchers Want to Use the Sun As a Giant Telescope to Look for Aliens
Space Invaders
Study: There May Be as Many as Four Evil Civilizations in Our Galaxy
Search for Life
Former Astronaut Suggests Specific Planet for James Webb to Search for Life
More on Off World
Final Selection
5:16 PM on the byte
NASA Finalizing Secretive Decision on First Astronauts for the Artemis Moon Mission
Hall Effect
Yesterday on futurism
Test Suggests Ion Thrusters Could Power Crewed Interplanetary Missions
CHON: Legacy
Yesterday on the byte
James Webb Discovers Coldest Ice in Known Universe, Harboring Molecules Essential For Life
READ MORE STORIES ABOUT / Off World
Keep up.
Subscribe to our daily newsletter to keep in touch with the subjects shaping our future.
+Social+Newsletter
TopicsAbout UsContact Us
Copyright ©, Camden Media Inc All Rights Reserved. See our User Agreement, Privacy Policy and Data Use Policy. The material on this site may not be reproduced, distributed, transmitted, cached or otherwise used, except with prior written permission of Futurism. Articles may contain affiliate links which enable us to share in the revenue of any purchases made.
Fonts by Typekit and Monotype.