The Next Era in Astronomy: The James Webb Could Tell Us If Proxima B Is Truly Habitable

So near, yet also so very far. 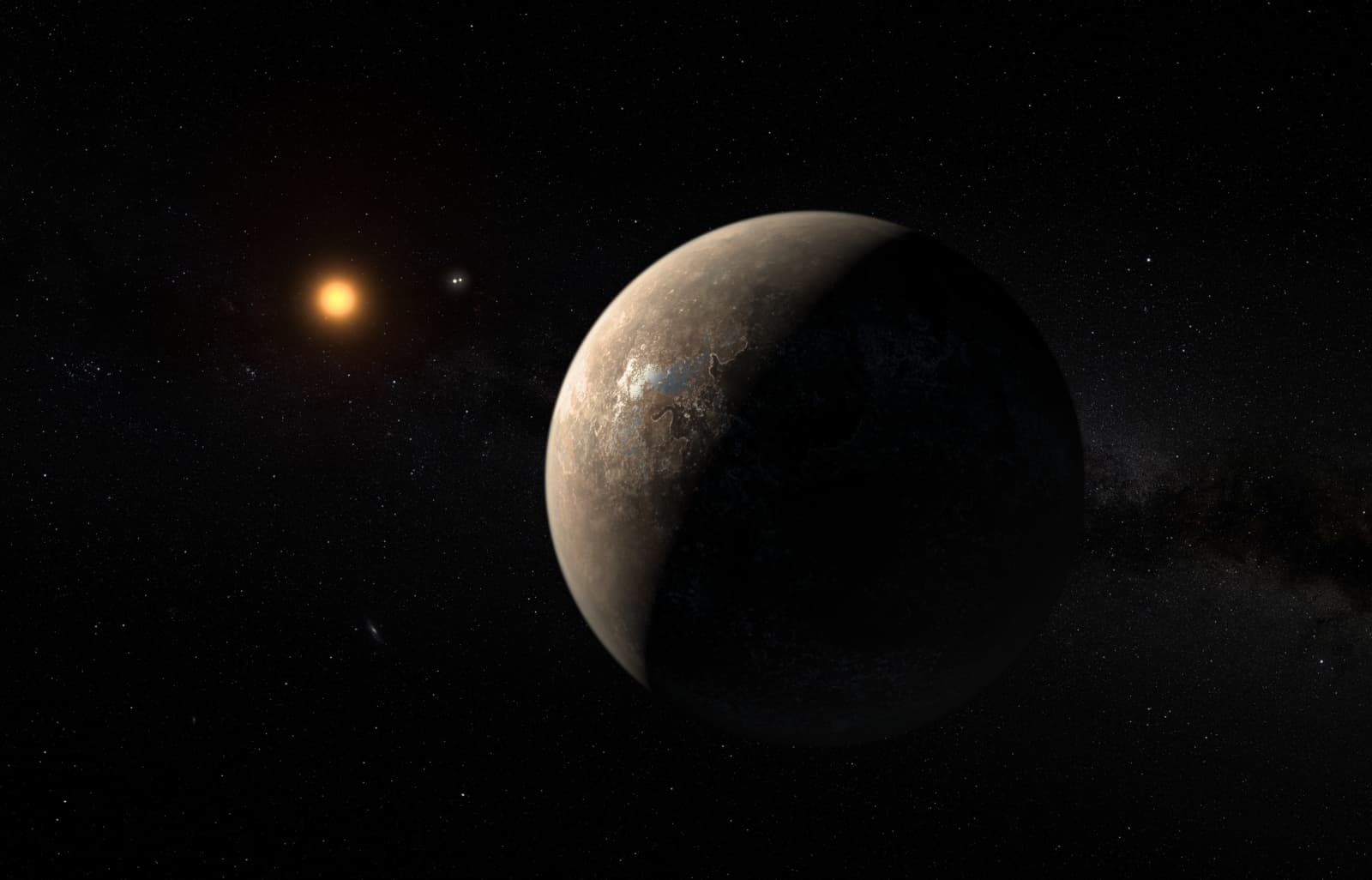 Is Proxima b another Earth?

It's difficult to answer because no one has actually "seen" this distant planet which orbits the red dwarf star Proxima Centauri right in the Goldilocks Zone. Scientists have merely concluded that Proxima b (which is about 4.2 light years away from Earth) is right where it should be, by observing the regular, subtle changes in Proxima Centauri's color.

Proxima b is tidally locked to its star — which means one side of it is always facing Proxima Centauri, and the other side is perpetually dark. With just an 11.2-year revolution, it lies very close to its star, although red-dwarf stars are not as hot as yellow-dwarves (like our Sun).  There is a possibility that water exists on Proxima b, and that it has an atmosphere protecting it from extreme heat, and scattering heat even to its dark side.

How can we be sure? Harvard's Avi Loeb and astronomer Laura Kreidberg propose that we use NASA's James Webb Space Telescope (JWST).

The long-delayed JWST is set to launch by 2018 (originally 2011). Loeb explains that if a rocky planet, like Proxima b, has an atmosphere, it would absorb light from its star and re-emit it as infrared light. Incidentally, the JWST is specifically designed to observe infrared light. The JWST can take photos of infrared light on the surface Proxima b, looking for patterns that would confirm whether or not this exoplanet has water or is covered by an atmosphere.

Things aren't so simple, however.

The proposed method may be doable. But there are other factors that have to be considered. For instance, the existence of an atmosphere may not guarantee life, says astrophysicist Ed Turner of Princeton University. Proxima b may be like Venus, with an atmosphere 90 times thicker than ours, and extreme heat.

Still, Loeb's and Kriedberg's plan is the only option we have for a glimmer of an answer about this "Earth next-door".