Something Is Ripping Apart the Nearest Star Cluster to Earth

Could it be dark matter? 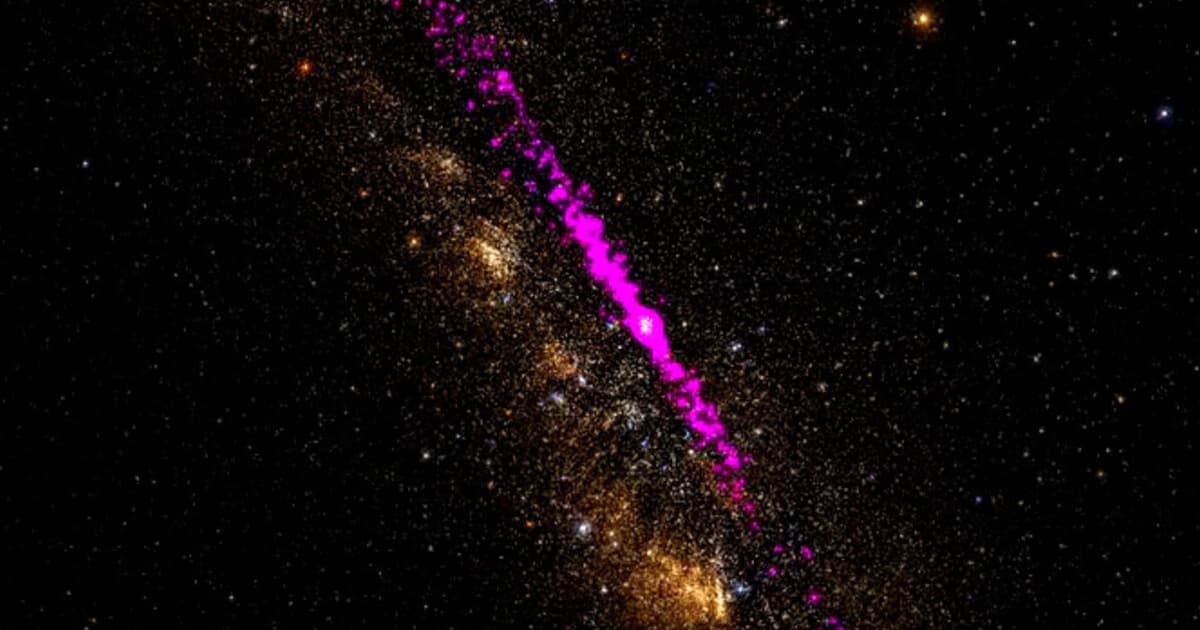 An invisible force is tearing apart the closest star cluster to the Solar System — and astronomers are trying to figure out what it is, as Science Alert reports.

The ripping apart isn't much of a surprise in and of itself. Gravitational forces tend to rend apart star clusters to form tidal streams, which are essentially rivers of stars.

But something else, far more violent, appears to be causing the stars in the Hyades cluster, some 153 light years away, to be obliterated and scattered.

Now, a team of astronomers from the European Space Agency and the European Southern Observatory have combed through recently released Gaia data. What they found was hundreds of stars associated with Hyades' tidal tails, which are even smaller threads of stars that emanate from both behind and in front of a given cluster.

Hyades' tails alone were found to span thousands of light-years. What made them even more unusual, however, was the fact that many of the stars weren't accounted for when the team used computer simulations to map the stars' movements during their lifetime of hundreds of millions of years.

In other words, something absolutely huge must have interacted with them to cause them to form these trails.

"There must have been a close interaction with this really massive clump, and the Hyades just got smashed," said Tereza Jerabkova, ESA research fellow and lead author of a paper about the research published in the journal Astronomy & Astrophysics.

In the paper, Jerabkova and her colleagues suggest that this "massive clump" may be a "dark matter sub-halo," meaning naturally occurring clumps of dark matter that scientists believe may be shaping the galaxy.

"With Gaia, the way we see the Milky Way has completely changed," Jerabokova said. "And with these discoveries, we will be able to map the Milky Way’s sub-structures much better than ever before."

Read This Next
Clusterf***
There's Something Strange About How These Stars Are Moving, Scientists Say
Water Canyon
Scientists Spot Hidden Water in Mars' Grand Canyon
Soft Boy
Final Clues From Derelict Lander: Comet Interior "Extraordinarily Soft"
Dark Matter Mystery
Dark Matter's Effect Is 10x What It Should Be, Scientists Say
Young Sun Planets
This is the First Image of a Multi-Planet System Around a Sun-Like Star
More on Hard Science
Warped Tour
Thursday on futurism
Professor Believes Door to Warp Drive May Lie With Ethylene Glycol
Sky Bursts
Thursday on the byte
Astronomers Intrigued by 25 Mysterious Repeating Radio Signals From Deep Space
Tractor Beam
Jan 26 on the byte
Scientists Build Working Tractor Beam, Although It's Comically Tiny
READ MORE STORIES ABOUT / Hard Science
Keep up.
Subscribe to our daily newsletter to keep in touch with the subjects shaping our future.
+Social+Newsletter
TopicsAbout UsContact Us
Copyright ©, Camden Media Inc All Rights Reserved. See our User Agreement, Privacy Policy and Data Use Policy. The material on this site may not be reproduced, distributed, transmitted, cached or otherwise used, except with prior written permission of Futurism. Articles may contain affiliate links which enable us to share in the revenue of any purchases made.
Fonts by Typekit and Monotype.