There's Something Strange About How These Stars Are Moving, Scientists Say

These star clusters are seemingly defying the laws of physics. 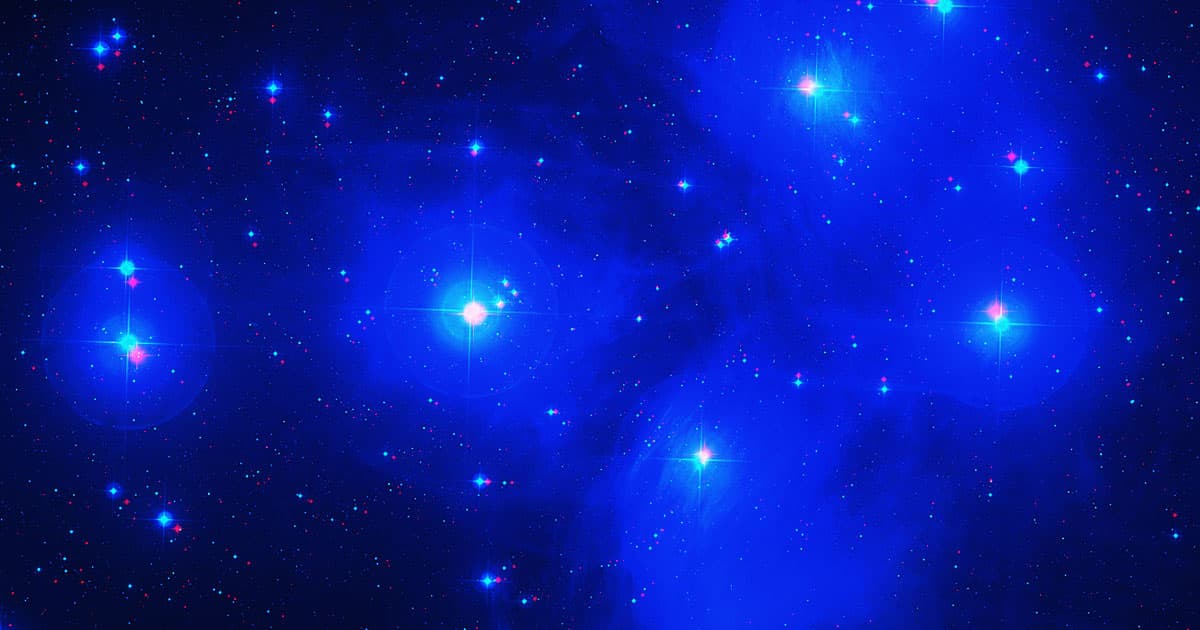 Astronomers are puzzled by the strange behavior of certain crooked clusters of stars, which appear to be violating our conventional understanding of gravity.

Massive clusters of stars usually are bound together in spirals at the center of galaxies. Some of these clusters fall under a category astrophysicists call open star clusters, which are created in a relatively short period of time as they ignite in a huge cloud of gas.

During this process, loose stars accumulate in a pair of "tidal tails," one of which is being pulled behind, while the other moves ahead.

"According to Newton’s laws of gravity, it’s a matter of chance in which of the tails a lost star ends up," Jan Pflamm-Altenburg of the University of Bonn in Germany, co-author of a new paper published in the Monthly Notices of the Royal Astronomical Society, in a statement. "So both tails should contain about the same number of stars."

But some of their recent observations seemingly defy conventional physics.

"However, in our work we were able to prove for the first time that this is not true," Pflamm-Altenburg added. "In the clusters we studied, the front tail always contains significantly more stars nearby to the cluster than the rear tail."

In fact, their new findings are far more in line with a different theory called "Modified Newtonian Dynamics" (MOND).

"Put simply, according to MOND, stars can leave a cluster through two different doors," Pavel Kroupa, Pflamm-Altenburg's colleague at the University of Bonn and lead author, explained in the statement. "One leads to the rear tidal tail, the other to the front."

"However, the first is much narrower than the second — so it’s less likely that a star will leave the cluster through it," he added. "Newton’s theory of gravity, on the other hand, predicts that both doors should be the same width."

The researchers' simulations, taking MOND into consideration, could explain a lot. For one, they suggest that open star clusters survive a much shorter period of time than what is expected from Newton's laws of physics.

"This explains a mystery that has been known for a long time," Kroupa explained. "Namely, star clusters in nearby galaxies seem to be disappearing faster than they should."

But not everybody agrees that Newton's laws should be replaced with MOND, something that could shake the foundations of physics.

"It’s somewhat promising, but it does not provide completely definitive evidence for MOND," University of Saint Andrews research fellow Indranil Banik told New Scientist. "This asymmetry does make more sense in MOND, but in any individual cluster there could be other effects that are causing it — it’s a bit unlikely that would happen in all of them, though."

The researchers are now trying to hone in on an even more accurate picture by stepping up the accuracy of their simulations, which could either support their MOND theory — or conclude that Newton was, in fact, correct the first time around.

More on star clusters: Something Is Ripping Apart the Nearest Star Cluster to Earth

Read This Next
Space and Stuff
Scientists Say the Universe Itself May Be "Pixelated"
Star Stream
Something Is Ripping Apart the Nearest Star Cluster to Earth
More on Hard Science
Quacks Like a Duck
Thursday on futurism
Those Headlines About Scientists Building a Wormhole Are Total Nonsense, People
It From Bit
Nov 22 on the byte
A Scientist Is Crowdfunding an Experiment to Check if We Live in a Simulation
Water Carrying
Nov 20 on the byte
Evidence Grows That Soggy Meteorites Gave Earth Its Oceans
READ MORE STORIES ABOUT / Hard Science
Keep up.
Subscribe to our daily newsletter to keep in touch with the subjects shaping our future.
+Social+Newsletter
TopicsAbout UsContact Us
Copyright ©, Camden Media Inc All Rights Reserved. See our User Agreement, Privacy Policy and Data Use Policy. The material on this site may not be reproduced, distributed, transmitted, cached or otherwise used, except with prior written permission of Futurism. Articles may contain affiliate links which enable us to share in the revenue of any purchases made.
Fonts by Typekit and Monotype.