Our planet is being showered with dust from ancient supernovae, according to new research. 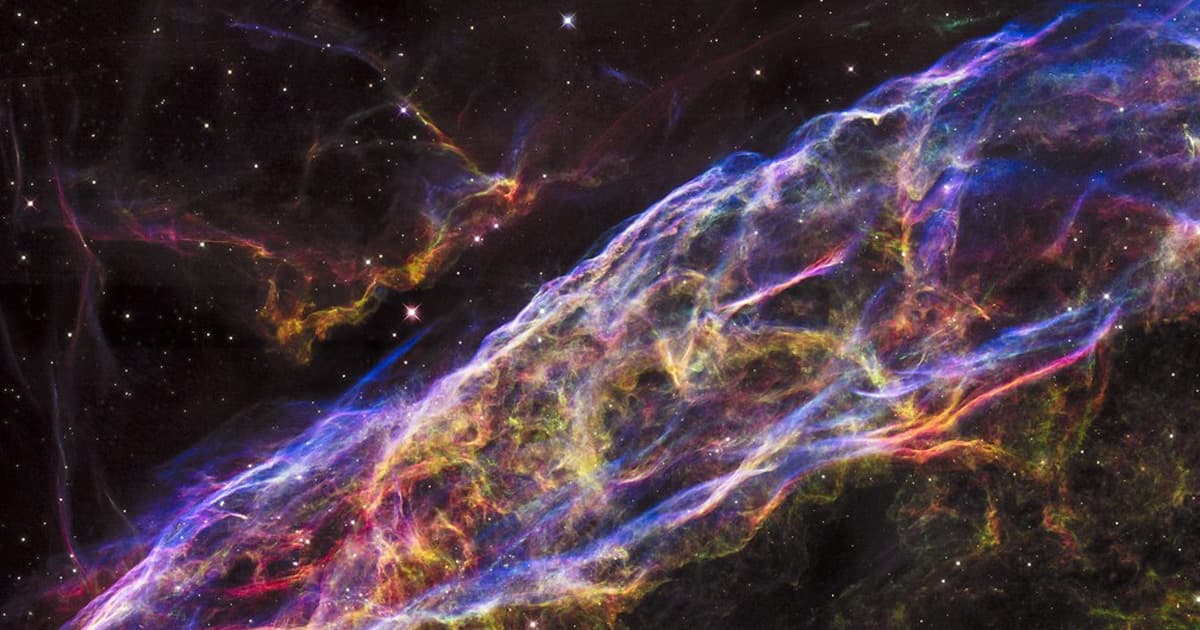 Scientists have found new evidence that Earth has been moving through the remains of exploded stars for at least the last 33,000 years.

In a new study published in the journal Proceedings of the National Academy of Sciences, a team of Australian researchers describe how they extracted a special isotope of iron called iron-60 from five deep-sea sediment samples using mass spectrometry.

That's illuminating, because as the researchers wrote in their paper, the isotope is "predominantly produced in massive stars and ejected in supernova explosions." In other words, iron-60 is left over after a star explodes.

And because iron-60 is radioactive and decays in 15 million years, the theory is that our planet is continuously being dusted with the stuff as it's moving through the "Local Interstellar Cloud," a region of unclear origins made up of gas, dust, and plasma.

"These clouds could be remnants of previous supernova explosions, a powerful and super bright explosion of a star," Anton Wallner, nuclear physicist at the Australian National University, and lead author of the paper, said in a statement.

The researchers were trying to validate other iron-60 findings in samples from the Antarctic by sampling deep-sea samples dating back to 33,000 years ago.

It's far from the first time researchers have found traces of iron-60. Previous samples showed traces of the isotope dating back to as far back as 2.6 to six million years ago.

By looking at samples of a far more recent era in our planet's history, Wallner and his team was attempting to find answers to the mysteries behind the cloud our planet is moving through: what it's made of and where it came from.

But what they found is bringing up more questions than answers.  Traces of iron-60 seemed to appear consistent over a large span of time. In other words, if there was a supernova event in the past, we would've seen a spike or at least a change in the amount of the isotope — the older the samples, the lower the levels at least, as Science Alert points out.

"There are recent papers that suggest iron-60 trapped in dust particles might bounce around in the interstellar medium," Wallner said in the statement. "So the iron-60 could originate from even older supernovae explosions, and what we measure is some kind of echo."

READ MORE: Earth Appears to Be Travelling Through The Debris of Ancient Supernovae [Science Alert]

More on supernovae: This Underground Experiment Will Hunt for Supernova Shrapnel

Read This Next
Strange Stars
Astronomers Puzzled by Extremely Peculiar Object in Deep Space
zombie star
Scientists Puzzled by Star That Exploded in Supernova But Somehow Survived
Betelgeuse Betelgeuse Betelgeuse
Astronomers: This Star Isn't As Giant As We Thought, Just Closer
Big Blast
Scientists: Exploding Star Likely Caused Mass Extinction on Earth
Skeleton Wars
Your Bones Are Made Out of Exploded Stars, Scientists Say
More on Hard Science
Warped Tour
Feb 2 on futurism
Professor Believes Door to Warp Drive May Lie With Ethylene Glycol
Sky Bursts
Feb 2 on the byte
Astronomers Intrigued by 25 Mysterious Repeating Radio Signals From Deep Space
Tractor Beam
Jan 26 on the byte
Scientists Build Working Tractor Beam, Although It's Comically Tiny
READ MORE STORIES ABOUT / Hard Science
Keep up.
Subscribe to our daily newsletter to keep in touch with the subjects shaping our future.
+Social+Newsletter
TopicsAbout UsContact Us
Copyright ©, Camden Media Inc All Rights Reserved. See our User Agreement, Privacy Policy and Data Use Policy. The material on this site may not be reproduced, distributed, transmitted, cached or otherwise used, except with prior written permission of Futurism. Articles may contain affiliate links which enable us to share in the revenue of any purchases made.
Fonts by Typekit and Monotype.