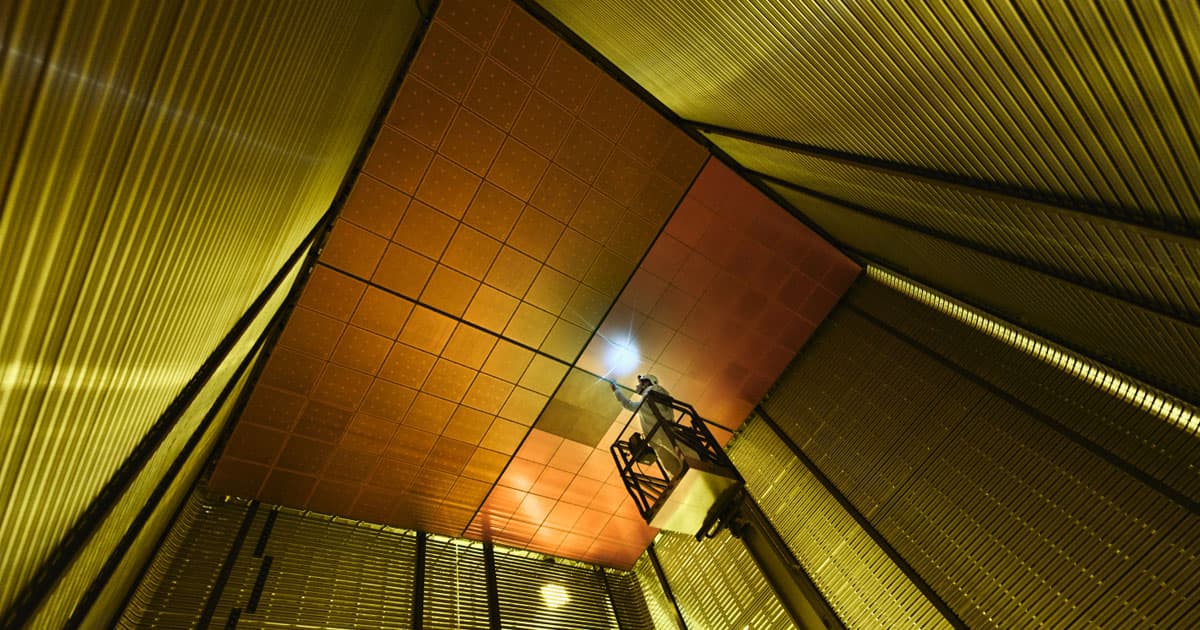 This Underground Experiment Will Hunt for Supernova Shrapnel

It hopes to scoop up supernova neutrinos as they fly through Earth.

It hopes to scoop up supernova neutrinos as they fly through Earth.

When an ambitious new Fermilab experiment called DUNE (Deep Underground Neutrino Experiment) begins its work, physicists believe they'll be able to learn a whole lot more about supernova explosions than ever before.

That's because DUNE, an underground facility in Illinois, is expected to be sensitive to an extremely elusive particle called a neutrino that's blasted far and wide across the cosmos when a star explodes. According to a new paper shared online on Saturday, physicists expect DUNE to scoop up a never-before-detected kind of neutrino and, in doing so, break down why and how stars die in unprecedented detail.

Scientists have only ever managed to observe neutrinos one time — back in 1987 — despite 99 percent of a supernova's energy going into blasting them through space, according to a Fermilab press release. The new paper details how DUNE will try to single out the electron flavor of neutrinos, which have never been observed.

Once it starts collecting data, Fermi researchers expect DUNE to be able to ascertain the rate at which neutrinos leaving a supernova changes over time, giving a new level of insight into how these explosions play out.

Unfortunately, these potential discoveries that have physicists all excited are still years away. DUNE isn't expected to go online until 2027, and the underground facility that will house the experiment is still under construction.

But once it's running — and assuming it works — we may glean an incredible, brand-new understanding of how the universe works.

More on neutrinos: Scientists May Be Close To Understanding Why the Universe Exists

Quacks Like a Duck
Those Headlines About Scientists Building a Wormhole Are Total Nonsense, People
12. 1. 22
Read More
Strange Stars
Astronomers Puzzled by Extremely Peculiar Object in Deep Space
10. 25. 22
Read More
zombie star
Scientists Puzzled by Star That Exploded in Supernova But Somehow Survived
6. 28. 22
Read More
+Social+Newsletter
TopicsAbout UsContact Us
Copyright ©, Camden Media Inc All Rights Reserved. See our User Agreement, Privacy Policy and Data Use Policy. The material on this site may not be reproduced, distributed, transmitted, cached or otherwise used, except with prior written permission of Futurism. Articles may contain affiliate links which enable us to share in the revenue of any purchases made.
Fonts by Typekit and Monotype.