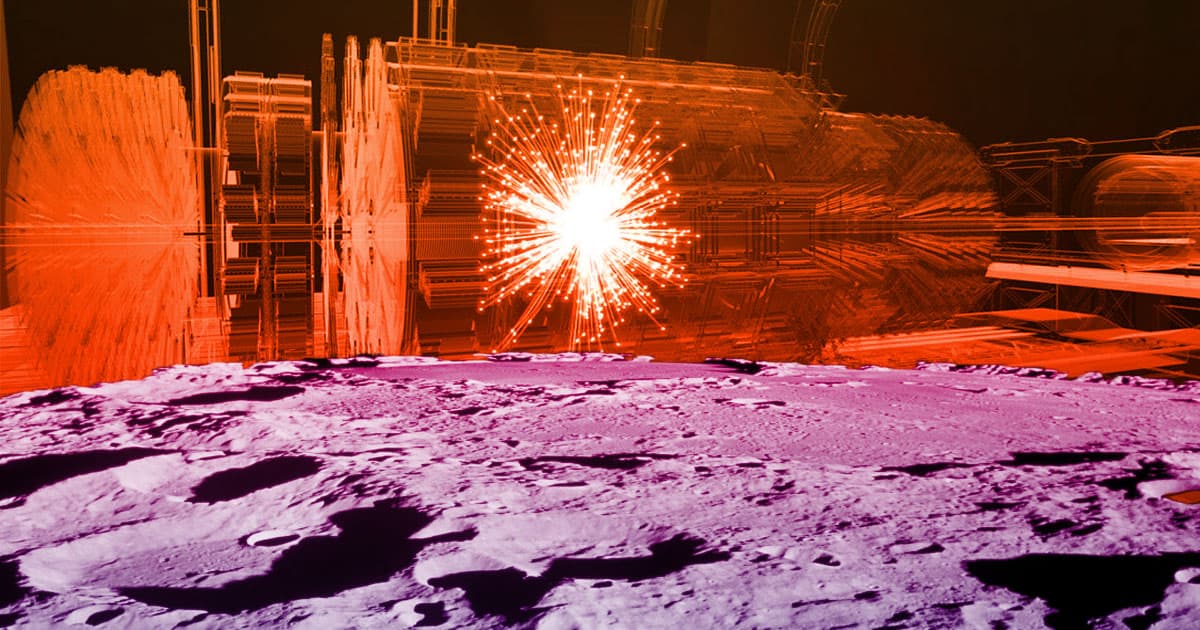 This Madlad Wants to Build a Particle Collider on the Moon

Building particle accelerators and setting up the conditions for high-energy experiments is notoriously tricky, but one physicist has an unusual solution:  outsource the whole process to the Moon.

Nikolai Zaitsev, a high energy physics Ph.D. who now owns the financial consulting firm Innovaest, argues that the Moon has many of the ideal conditions for particle physics research, Live Science reports. It's a fascinating proposal, but a logistically challenging one — humans have never constructed any buildings on the Moon, let alone a functional particle collider.

But if building a collider on the Moon someday becomes feasible, doing so might vastly improve high-energy physics research.

That's because the Moon already has many of the right conditions for collision experiments, Zaitsev wrote in a white paper. Those include extremely low temperatures — necessary for superconducting materials that speed up particles — and a better vacuum, free of stray atoms that pose a challenge here on Earth.

Zaitsev also envisioned experiments that involve turning the Moon into a giant ray gun aimed at Earth, Live Science reports. Because the Moon is tidally locked, it would be theoretically possible to build a facility on the Moon that constantly beams cosmic radiation or even neutrinos — elusive particles likely linked to dark matter — down to receivers on Earth.

It's speculative, but if it works, it would give scientists a much better means of studying neutrinos and cosmic rays than merely waiting for them to reach Earth.

READ MORE: Why a physicist wants to build a particle collider on the moon [Live Science]