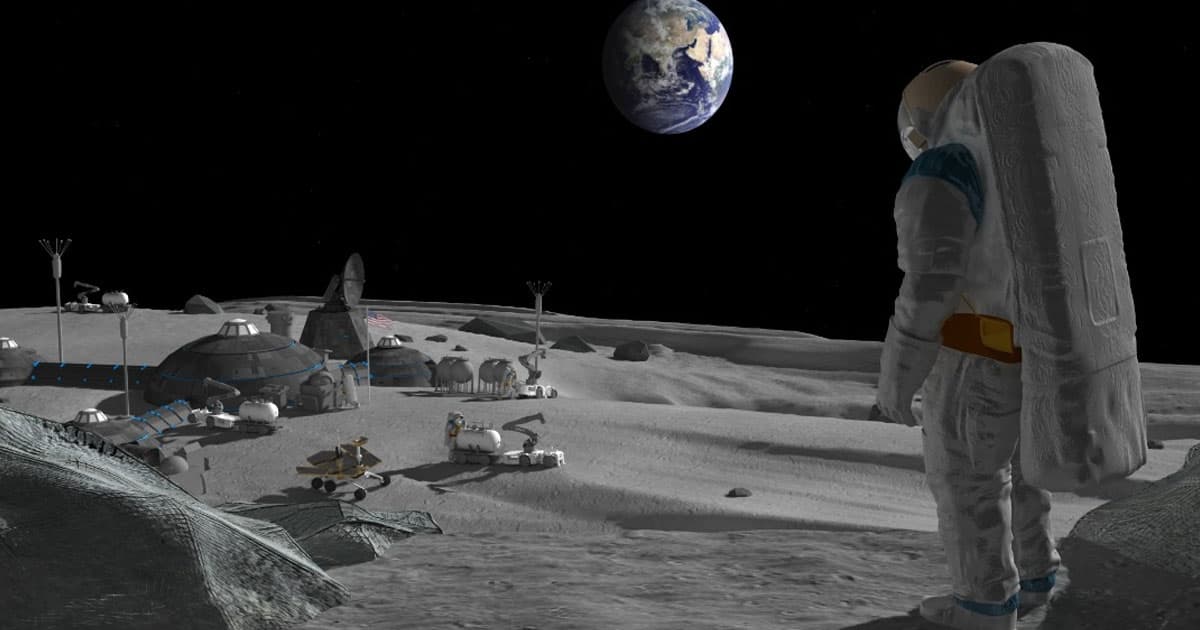 These Self-Repairing Lunar Habitats Could Help Settle the Moon

A team of engineers is developing smart lunar habitats that could serve as homes in a settlement on the surface of the Moon.

The ultimate goal is for these structures to be able to autonomously adapt to hazards like meteorite impacts or seismic activity. They would also use robots to repair any damage without putting humans in harm's way — all in a bid to make settling the Moon less perilous.

The Purdue University engineers are evaluating designs using a mix of virtual and real-world tests. Their simulations rapidly run through a wide gamut of habitat designs to see which fare better against various hazards. Meanwhile, quarter-scale models can make sure the various sensors work like they're supposed to.

"Eventually, we want to develop smart habitats that can respond to changes, damage and anything that could go wrong during a mission and still maintain the integrity and safety of the science inside," lead researcher Shirley Dyke said in a press release.

Dyke and her team are looking for ways to cut down on human involvement in the process — both to protect lunar settlers but also to make sure the habitats don't break down as soon as they're left empty.

"By incorporating smart capabilities into the design, we can have live sensors to monitor in case a breach occurs, determine the impact of that breach, how large it is and decide what to do about it," Dyke said in the release. "Robots then could come and recover and repair the structure."