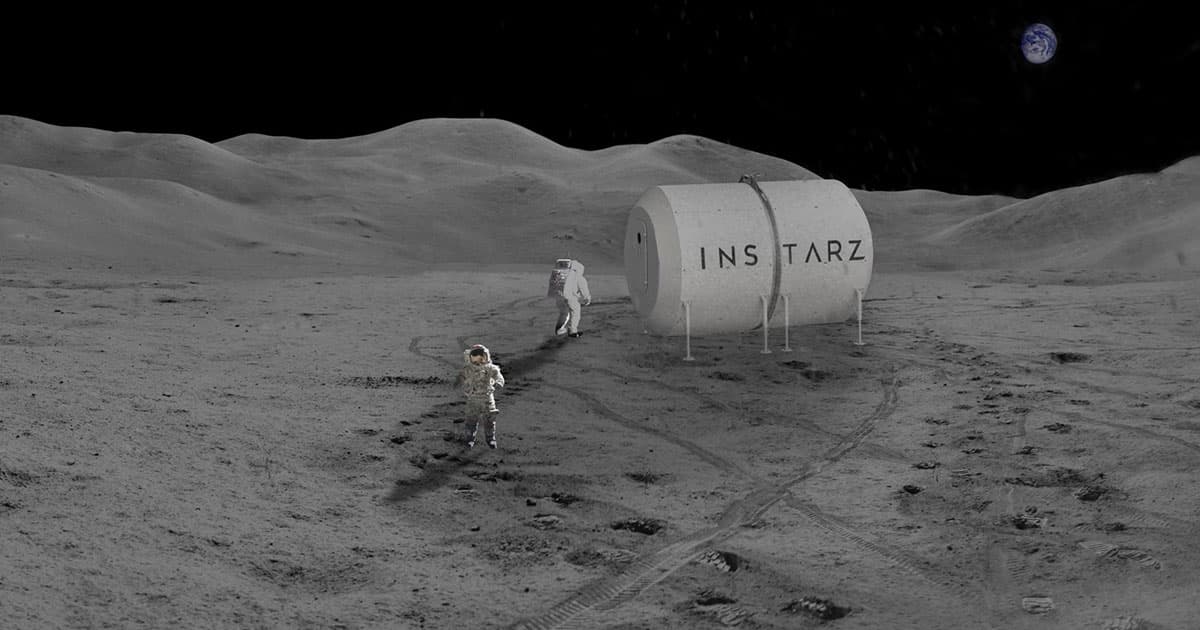 "Remnant" is a self-sustaining lunar habitat that sleeps eight.

"Remnant" is a self-sustaining lunar habitat that sleeps eight.

The company is still raising money to develop a prototype, but an augmented reality simulation reveals the company's vision for a space hut called Remnant that vaguely resembles Luke Skywalker's childhood home on Tatooine. Instarz hopes its lunar shelter will become part of NASA's ongoing plan to establish a human settlement on the Moon.

Instarz plans on building Remnant to be a fully self-sustaining and self-deploying moon habitat, so astronauts won't need to worry about pitching their tents once they reach the Moon.

Remnant will be able to support eight astronauts for up to 12 months at a time, according to the press release, through closed-loop life support systems powered by renewable energy sources. Basically, the company wants crewmembers to be able to live on the Moon without needing any supplies from back home.

If all goes according to plan, Instarz says it will launch Remnant by the end of the 2020s by cramming it into a five-meter commercial launch vehicle, from which it will unfurl and piece itself together.

More on moon bases: The Guy Who Popularized "Tetris" Wants to Build a Lunar Spaceport