"If we were 100% sure that what we are seeing is a new particle, that would be huge. That would be revolutionary in physics." 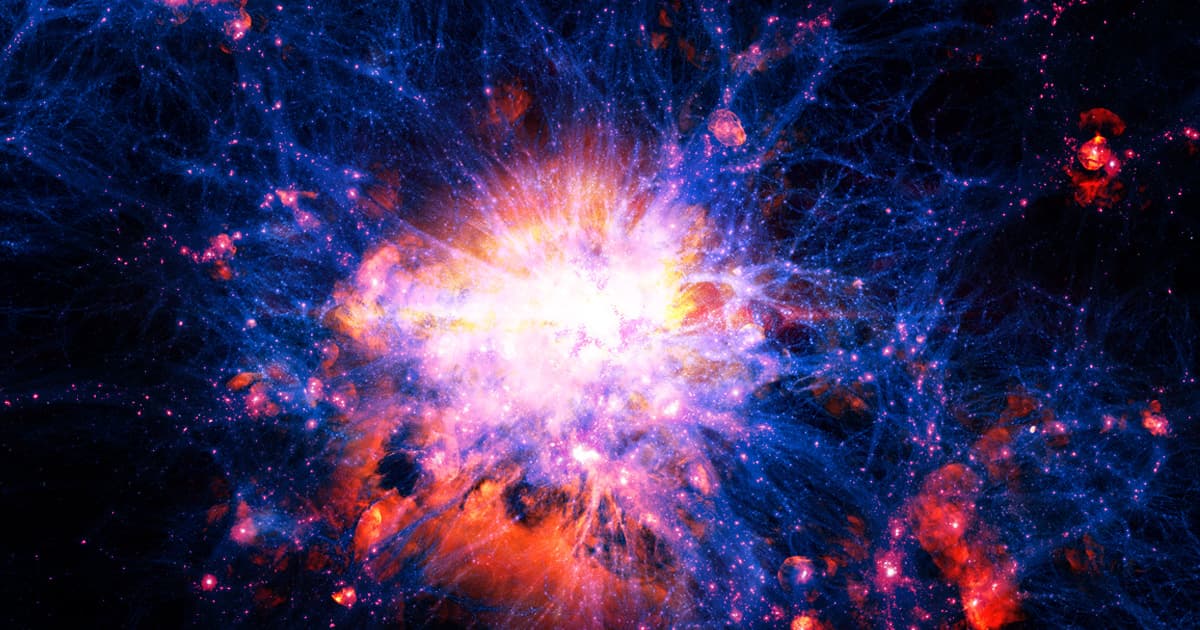 According to a new study by a team of theoretical physicists, high-energy X-ray emissions emanating from a group of neutron stars may be caused by axions, a hypothetical elementary particle that's currently one of the top candidates for dark matter.

The team, led by Berkeley Lab Physics Division theoretical physicist Benjamin Safdi, found that a number of neutron stars known as the "Magnificent Seven" presented a promising way to test for the presence of these theorized particles.

Neutron stars are the collapsed remnants of high mass stars and normally light up in X-ray observations, caused by material falling into them.

These seven neutron stars, however, are the source of an unexplained excess of X-ray emissions — yet at the same time they weren't classified as pulsars, which are rotating neutron stars that pulse radiation at regular intervals. In other words, if they were pulsars, the excess of emissions could be explained.

In their study, the team argues that if the neutron stars were pulsars, the observed X-ray emissions would be drowned out by other signals. Instead, they emit an excess of X-ray signals regardless, puzzling scientists.

That's why Safdi is arguing there might be another explanation that can't be accounted for using existing methods.

"We are pretty confident this excess exists, and very confident there's something new among this excess," Safdi said in a statement. "If we were 100% sure that what we are seeing is a new particle, that would be huge. That would be revolutionary in physics."

It's possible, he says, that axions could be causing this excess of X-ray emissions. Axions are hypothetical elementary particles that were first postulated in 1977, and many scientists consider them to be a dark-matter candidate.

Dark matter is believed to make up 85 percent of the stuff found in the observable universe, but we have yet to observe it directly. Dark matter also doesn't appear to interact with surrounding material, making it extremely difficult to detect.

"We're not claiming that we've made the discovery of the axion yet, but we're saying that the extra X-ray photons can be explained by axions," Raymond Co, a University of Minnesota postdoctoral researcher who was involved in the research, said in the statement.

"It is an exciting discovery of the excess in the X-ray photons, and it's an exciting possibility that's already consistent with our interpretation of axions," he added.

If axions were found to exist, they would likely behave like neutrinos, one of the most abundant subatomic particles in the universe that only interact very weakly with other matter.

The theory goes that neutron stars could be filled to the brim with axions, which technically would be able to travel outside of these stars, at which point they are converted into light by extremely strong magnetic fields.

The team is now eying white dwarf stars, stellar core remnants caused by the collapse of low mass stars, for evidence of the existence of axions.

"This starts to be pretty compelling that this is something beyond the Standard Model if we see an X-ray excess there, too," Safdi said.

More on dark matter: Scientists Claim Black Holes Are Made of Collapsed Universes

Read This Next
Strange Stars
Astronomers Puzzled by Extremely Peculiar Object in Deep Space
Dark Secrets
Scientists Just Detected the Oldest Dark Matter Ever Observed
Walled Up
Scientists Say Space Is Filled With Invisible Walls
Turn Back Time
Scientists Say There May Be a Mirror Universe in Which Time Runs Backwards
Into Darkness
Inside NASA's Bold Proposal to Probe the Mysteries of Dark Matter
More on Hard Science
It From Bit
Nov 22 on the byte
A Scientist Is Crowdfunding an Experiment to Check if We Live in a Simulation
Water Carrying
Nov 20 on the byte
Evidence Grows That Soggy Meteorites Gave Earth Its Oceans
Shroom News
Nov 20 on the byte
Scientists Build Circuit Boards Based on Mushrooms
READ MORE STORIES ABOUT / Hard Science
Keep up.
Subscribe to our daily newsletter to keep in touch with the subjects shaping our future.
+Social+Newsletter
TopicsAbout UsContact Us
Copyright ©, Camden Media Inc All Rights Reserved. See our User Agreement, Privacy Policy and Data Use Policy. The material on this site may not be reproduced, distributed, transmitted, cached or otherwise used, except with prior written permission of Futurism. Articles may contain affiliate links which enable us to share in the revenue of any purchases made.
Fonts by Typekit and Monotype.