This entirely new class of small black holes could open up "a new area of study." 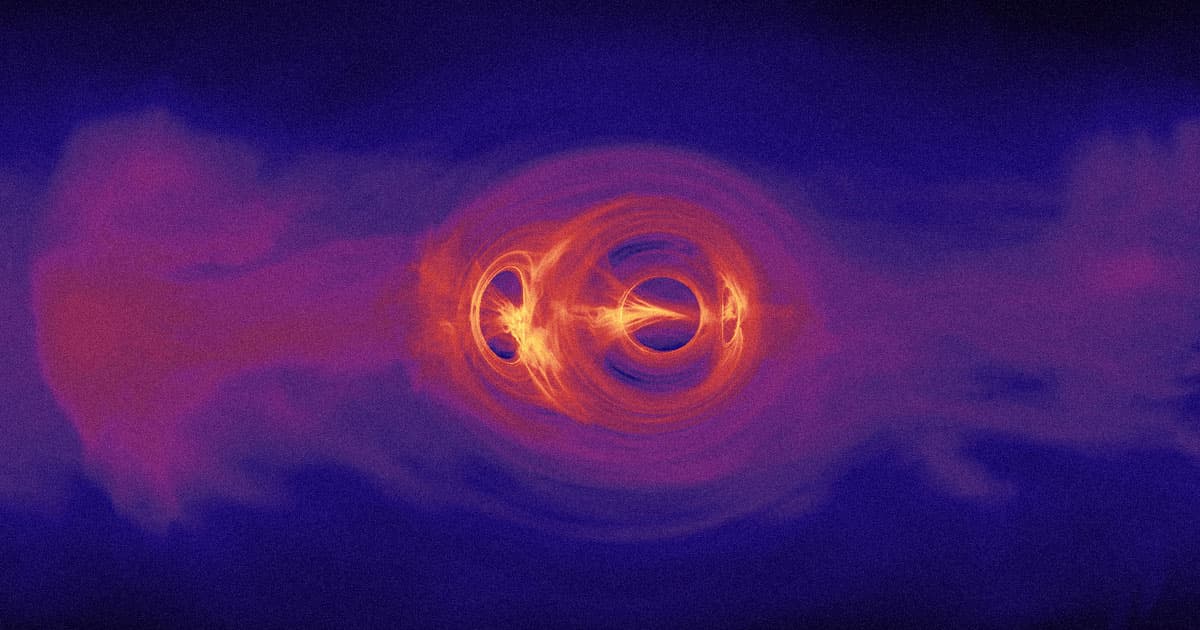 It almost seems like astronomers are in a race to unveil the biggest black holes they can find. Most recently, a team of German astronomers claimed to have discovered a black hole 40 billion times the mass of the Sun.

But what if there are also black holes many magnitudes smaller?

In a study published today in the prestigious journal Science, a team of astronomers from Ohio State University claim to have discovered an entirely new and previously missing class of black holes.

"We're showing this hint that there is another population out there that we have yet to really probe in the search for black holes," lead author Todd Thompson said in a statement.

If confirmed, current theories would have to take into account an entirely new class of black hole — forcing us to rethink how we understand the way stars and other kinds of celestial objects are born and die.

Thompson and his team were puzzled by the huge gap between the size of the biggest neutron stars — extremely dense and relatively small stars that form after larger stars implode after a supernova — and the smallest black holes we know of.

Neutron stars are fairly small — two to three times the mass of the Sun — but stars any larger than that tend to collapse in on themselves and form black holes.

Their smoking gun: a giant red star that was orbiting something that at first appeared to be too small to be a black hole in the Milky Way, but that was much bigger than the neutron stars we know of.

The black hole it was orbiting turned out to be only 3.3 times the mass of the Sun — usually the black holes we've found in the past are at least five times the Sun's mass or much, much larger.

The discovery could redefine the way we look at the lifecycle of a star.

"If we could reveal a new population of black holes, it would tell us more about which stars explode, which don't, which form black holes, which form neutron stars," said Thompson. "It opens up a new area of study."

More on black holes: Astronomers Just Spotted One of the Biggest Black Holes Ever

Read This Next
Falling In
Objects We Thought Were Black Holes May Actually Be Wormholes, Scientists Say
Strange Stars
Astronomers Puzzled by Extremely Peculiar Object in Deep Space
Black Hole Snapshot
Scientists Release Image of Black Hole at Center of Our Galaxy
Sucking Atmospheres
Scientists Spot Ravenous "Vampire" Star Devouring Its Neighbor
The Last Strand
Scientists Puzzled by Weird "Strands" at the Center of Our Galaxy
More on Hard Science
Tractor Beam
Jan 26 on the byte
Scientists Build Working Tractor Beam, Although It's Comically Tiny
Having a Blast
Jan 18 on the byte
New Study Shows Where You Should Hide to Survive a Nuclear Attack
Offworld Amino
Jan 15 on the byte
Scientists Find Building Blocks of Life in Meteor That Smashed Into Family's Driveway
READ MORE STORIES ABOUT / Hard Science
Keep up.
Subscribe to our daily newsletter to keep in touch with the subjects shaping our future.
+Social+Newsletter
TopicsAbout UsContact Us
Copyright ©, Camden Media Inc All Rights Reserved. See our User Agreement, Privacy Policy and Data Use Policy. The material on this site may not be reproduced, distributed, transmitted, cached or otherwise used, except with prior written permission of Futurism. Articles may contain affiliate links which enable us to share in the revenue of any purchases made.
Fonts by Typekit and Monotype.