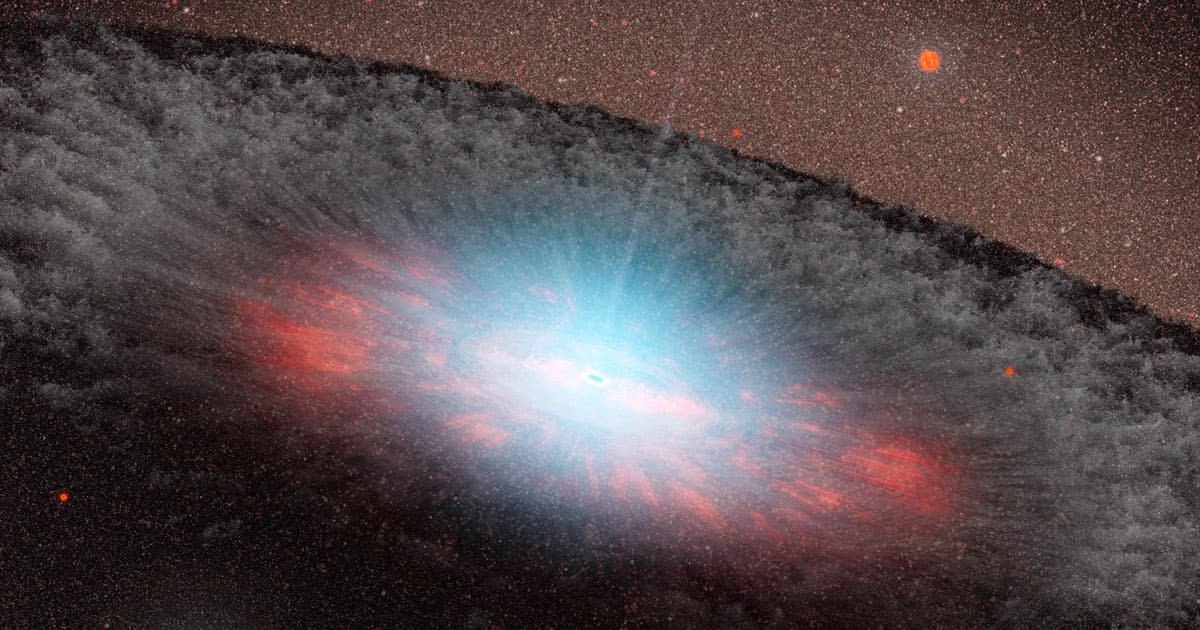 Astronomers Just Spotted One of the Biggest Black Holes Ever

It's so big, it could fit the entire solar system inside of it many times over.

It's so big, it could fit the entire solar system inside of it many times over.

A team of astronomers from the Max Planck Institute for extraterrestrial Physics in Germany just discovered one of the biggest black holes ever, about 700 million light-years away in the Holmberg 15A galaxy.

It's so big, it could fit our entire solar system inside it many times over. It's even larger than your average supermassive black hole — making it, in the terminology of the researchers, an "ultramassive" black hole.

By analyzing the movement of the stars surrounding the galaxy using the European Southern Observatory's Very Large Telescope (VLT), the astronomers estimated the black hole dubbed Holm 15A* to be about 40 billion times the mass of the Sun.

That makes it one of the biggest black holes ever recorded, as Science Alert points out. The biggest is likely the quasar TON 618, which harbors a black hole with 66 billion times the Sun's mass.

The researchers' paper was submitted to The Astrophysical Journal last month and awaits peer review.

What exactly caused Holm 15A* and other gigantic black holes like it to form is still unknown — something astronomers are still hoping to nail down in future research.

But there are many theories, one of which suggests that their formation might have something to do with stars made out of dark matter merging together billions of years ago.