The strange signals just got stranger. 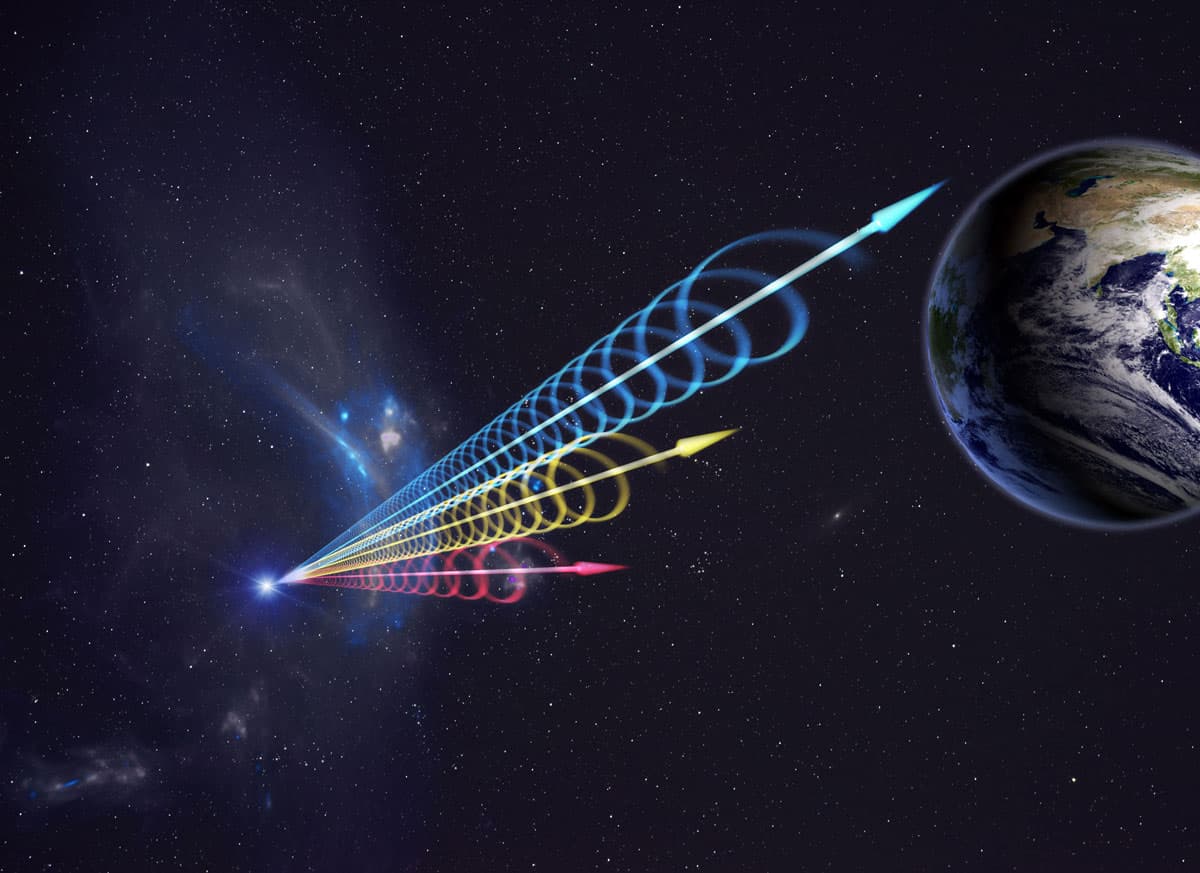 Since we first started "listening" for cosmic sounds, we've picked up all manner of signals, from the truly remarkable to the downright strange. Falling in the latter category are fast radio bursts (FRBs), flashes of energy that we pick up as radio chirps. We've since nicknamed them "cosmic whistles" because they last for only a few milliseconds at a time, but despite being short bursts, they can actually generate energy equivalent to as many as 500 million Suns.

To date, scientists have only detected 20 or so sources of FRBs. Of these, FRB 121102 is the most intriguing as it's the only cosmic whistle to ever emit more than one detectible pulse. Now, a team of researchers from the Breakthrough Listen initiative has detected 15 more of these signals, and they all come from a single source: FRB 121102.

While we know the general location of FRB 121102 — a dwarf galaxy about 3 billion light years away — we don't quite know yet what generates these sounds. To make things stranger still, the 15 new bursts detected by the Breakthrough Listen initiative were at frequencies of around 7 GHz, which is higher than any previous FRB we've picked up.

Out of This World

The goal of the Breakthrough Listen initiative is to find evidence of intelligent extraterrestrial life, so could these 15 new FRBs be coming from E.T. phoning from somewhere? Are these "directed energy sources used by extraterrestrial civilizations to power spacecraft," as mentioned in Breakthrough Listen's press release? That may be possible, yes.

However, as much as we'd be delighted — or maybe terrified? — to find out that intelligent lifeforms are creating these FRBs, we have to exhaust all other possible explanations first, even if they aren't quite as exciting. For example, an alternative potential source could be the supermassive black hole at the center of the dwarf galaxy from which FRB 121102 is emanating.

The biggest lead we have, ironically, is the strangeness of these 15 new FRBs — their high frequencies could help narrow down the potential explanations by making them easier to detect. “Previously, we thought there wasn’t much emission at high or low frequencies, but now it looks like there is,” Harvard University theoretical physicist Avi Loeb told New Scientist. “It’s twice as high as the typical frequency that was previously claimed for this repeater.”

Whether or not these signals come from extraterrestrial technology or something relatively more mundane, one thing is clear: we still have a lot to learn about the universe. Picking up the occasional weird signal can actually help us fill in the gaps, so for now, we'll continue listening.

Read This Next
Broke Through
Sorry Folks: Signal From Nearest Star Not Alien Civilization, Scientists Say
Galactic Dance Party
Astronomers Record Signal Coming From Deep Space Every 157 Days
Futurism
Fast Radio Bursts Have a Unique Property That Can Help Us Determine Their Source
Futurism
Powerful Radio Signals Are Coming From a Galaxy Three Billion Light-Years Away
More on Hard Science
Warped Tour
Thursday on futurism
Professor Believes Door to Warp Drive May Lie With Ethylene Glycol
Sky Bursts
Thursday on the byte
Astronomers Intrigued by 25 Mysterious Repeating Radio Signals From Deep Space
Tractor Beam
Jan 26 on the byte
Scientists Build Working Tractor Beam, Although It's Comically Tiny
READ MORE STORIES ABOUT / Hard Science
Keep up.
Subscribe to our daily newsletter to keep in touch with the subjects shaping our future.
+Social+Newsletter
TopicsAbout UsContact Us
Copyright ©, Camden Media Inc All Rights Reserved. See our User Agreement, Privacy Policy and Data Use Policy. The material on this site may not be reproduced, distributed, transmitted, cached or otherwise used, except with prior written permission of Futurism. Articles may contain affiliate links which enable us to share in the revenue of any purchases made.
Fonts by Typekit and Monotype.