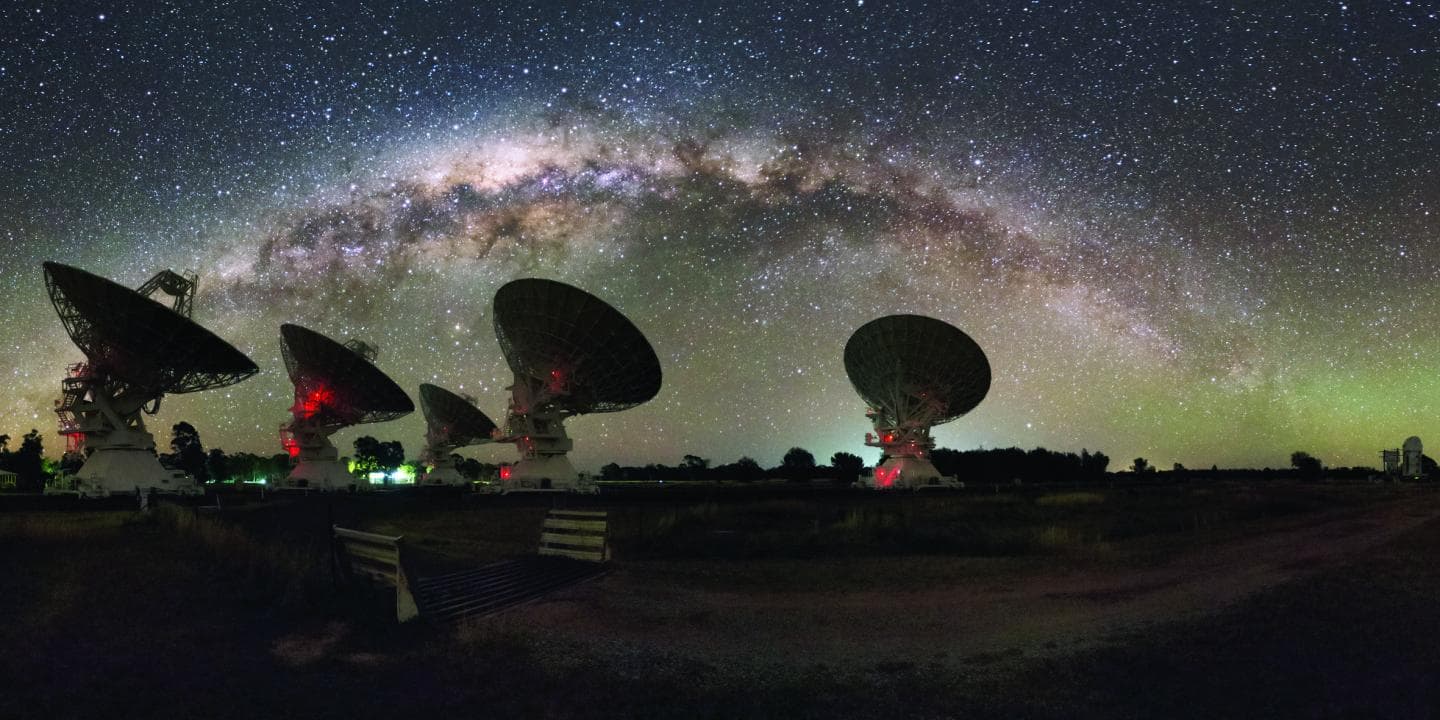 Back on April 18, 2015, the Parkes radio telescope, located in Australia, detected a fast radio burst (FRB); an astrophysical phenomenon that appears as transient radio pulses that last for only a few milliseconds.

This was quickly followed up when an international alert was sent for other telescopes to look out for the signal, among which included CSIRO’s Australian Telescope Compact Array (ATCA).

With ATCA’s six dishes, each measuring 22 meters (72 feet) apiece, the CSIRO team was able to locate the signal more accurately than ever before. They also detected a radio afterglow, which lasted for nearly a week before fading, lending to even greater precision.

Project Scientist at the Square Kilometre Array Organisation and lead researcher Dr. Evan Kean said that this was a novel opportunity in astronomy: "In the past FRBs have been found by sifting through data months or even years later. By that time it is too late to do follow up observations."

FRB’s are notoriously difficult to detect, with only 16 detections before this one. But Dr. Keane and his team of researchers have developed a new observing system that allows them to detect FRBs in seconds, while also immediately alerting other telescopes.

Benjamin Stappers, a Professor of Astrophysics at The University of Manchester clarifies why this is significant: "discovering more FRBs will allow us to do even more detailed studies of the missing matter and perhaps even study dark energy. To do this, we are starting projects with arrays of telescopes like eMerlin and MeerKAT, which will allow us to have a localisation directly from the burst itself."

Knowing the distance also gives researchers another piece of valuable insight. Study co-author Dr. Simon Johnston explains that "until now, the dispersion measure is all we had. By also having a distance we can now measure how dense the material is between the point of origin and Earth, and compare that with the current model of the distribution of matter in the universe."

In short: "Essentially this lets us weigh the universe, or at least the normal matter it contains."

Astronomers have so far only been able to account for only half of the ordinary matter that makes up the universe, the other half making up what is refereed to as "missing matter." Dr. Keane explains that their observations match up with that accounting and that they have "found the missing matter." He notes, "It's the first time a fast radio burst has been used to conduct a cosmological measurement."

Read This Next
Name Game
NASA May Still Rename James Webb Telescope Over Homophobia Controversy
Search for Life
Former Astronaut Suggests Specific Planet for James Webb to Search for Life
Hello Darkness
NASA Proposes Sending Spacecraft to Measure Mysterious Dark Matter
Far Out
Proposed Mission Would Explore Interstellar Object ‘Oumuamua
History Repeating
Astrobiologist: Humans Are Going to Ruin Outer Space
More on Off World
Trashing Orbit
Yesterday on the byte
Elon Musk Says SpaceX May Build Starship That Dies on Purpose
Cat and Mouse
Yesterday on the byte
SpaceX to Launch "Hunter" Satellites for Targeting Rival Spacecraft
Space In Space
Yesterday on the byte
NASA Official Admits There's a Bit of an Issue on the Space Station
READ MORE STORIES ABOUT / Off World
Keep up.
Subscribe to our daily newsletter to keep in touch with the subjects shaping our future.
+Social+Newsletter
TopicsAbout UsContact Us
Copyright ©, Camden Media Inc All Rights Reserved. See our User Agreement, Privacy Policy and Data Use Policy. The material on this site may not be reproduced, distributed, transmitted, cached or otherwise used, except with prior written permission of Futurism. Articles may contain affiliate links which enable us to share in the revenue of any purchases made.
Fonts by Typekit and Monotype.