We're one step closer to understanding this mysterious space phenomenon. 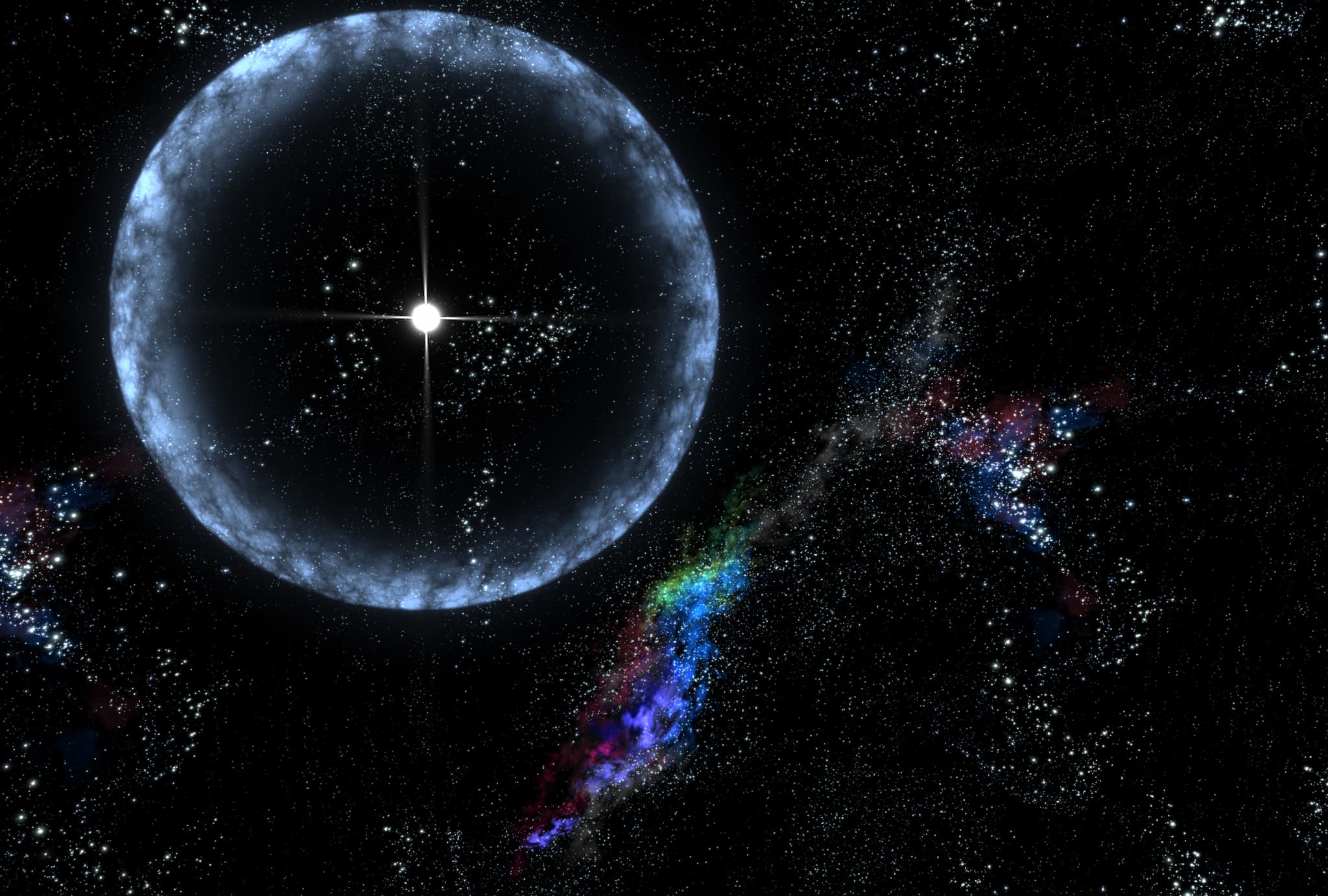 Fast radio bursts (FRBs) can be found alongside dark matter, black holes, and Tabby's Star on the list of the most baffling and intriguing space phenomena. Now, a discovery about the most well-studied FRB could reveal new insights into these strange radio signals from space.

FRBs are extremely powerful and can generate as much energy as 500 million Suns. However, they are also very short in duration, lasting just milliseconds. We know of about 30 FRBs, but the only one observed repeating its activity is FRB 121102. This repetition has allowed researchers to determine that the signals are originating from a dwarf galaxy more than 3 billion light-years from Earth.

Using data collected by the Arecibo Observatory in Puerto Rico, an international team of researchers has discovered that the signals emanating from FRB 121102 are immensely twisted. That means they must be passing through a powerful magnetic field, further narrowing down the potential source.

According to the team's study, which has been published in Nature, the most likely source of FRB 121102 is a neutron star, and the high level of rotation observed in its signals narrows down the environment of that star to a few possibilities.

Researchers have only observed a comparable level of rotation in one other place: near massive black holes. Thus, close proximity to such a black hole is the leading theory as to FRB 121102's environment). However, the researchers have also provided some alternative possible locales, such as within a highly magnetized wind nebula or surrounded by a supernova remnant.

Those are just a few potential explanations, and the team is confident that other researchers will soon build on this new data and share their own hypotheses. “In the coming weeks, we expect that very creative theorists are going to come up with explanations that we haven’t thought of yet,” Jason Hessels of the Netherlands Institute for Radio Astronomy (ASTRON) told National Geographic.

Because it repeats, FRB 121102 is a unique instance of an already unusual phenomenon. Finding out that its signal has a rotation that is, in fact, amongst the strongest ever observed, just adds to its cosmic strangeness.

If further study proves that the source of FRB 121102 is located near a black hole, it could help us learn more about the Galactic Centre, the dynamic region near the massive black hole at the center of our own galaxy. Conversely, learning that it's a neutron star within a wind nebula or a supernova remnant could reveal new insights about those interstellar phenomena.

Though far less likely, the uniqueness of FRBs within the natural world has led some (including a pair of Harvard astrophysicists) to consider an artificial origin. In other words, aliens. This new information on the twist of FRB 121102's signal makes it even more unusual within the framework of our current understanding of the universe, so some of the explanations Hessels believes are forthcoming could lean into this extraterrestrial origin theory.

2007 marked the first discovery of an FRB, but the first instance of FRB 121102 repeating wasn't detected until 2015. In just a few short years, researchers have been able to narrow down its source to not only a specific galaxy within the whole universe — but now, to a specific environment within that galaxy. With each new advance in technology, we get one step closer to solving the mystery of this strange space phenomenon, and eventually, it may cease to be a mystery at all.

Read This Next
Hubble Tension
Most Precise Measurements of the Universe Suggest That Something Is Very Wrong
More Radio Bursts
MIT Scientists Discover Deep Space Signal, Pulsing Like Heartbeat
BUUURP
Astronomers Pinpoint Source of Mysterious Radio Burst Signal
Galactic Dance Party
Astronomers Record Signal Coming From Deep Space Every 157 Days
Futurism
Scientists Detect Powerful Radio Burst Coming From Our Own Galaxy
More on Hard Science
Warped Tour
Thursday on futurism
Professor Believes Door to Warp Drive May Lie With Ethylene Glycol
Sky Bursts
Thursday on the byte
Astronomers Intrigued by 25 Mysterious Repeating Radio Signals From Deep Space
Tractor Beam
Jan 26 on the byte
Scientists Build Working Tractor Beam, Although It's Comically Tiny
READ MORE STORIES ABOUT / Hard Science
Keep up.
Subscribe to our daily newsletter to keep in touch with the subjects shaping our future.
+Social+Newsletter
TopicsAbout UsContact Us
Copyright ©, Camden Media Inc All Rights Reserved. See our User Agreement, Privacy Policy and Data Use Policy. The material on this site may not be reproduced, distributed, transmitted, cached or otherwise used, except with prior written permission of Futurism. Articles may contain affiliate links which enable us to share in the revenue of any purchases made.
Fonts by Typekit and Monotype.