It accounts for 85 percent of all matter — yet we've never directly observed it. 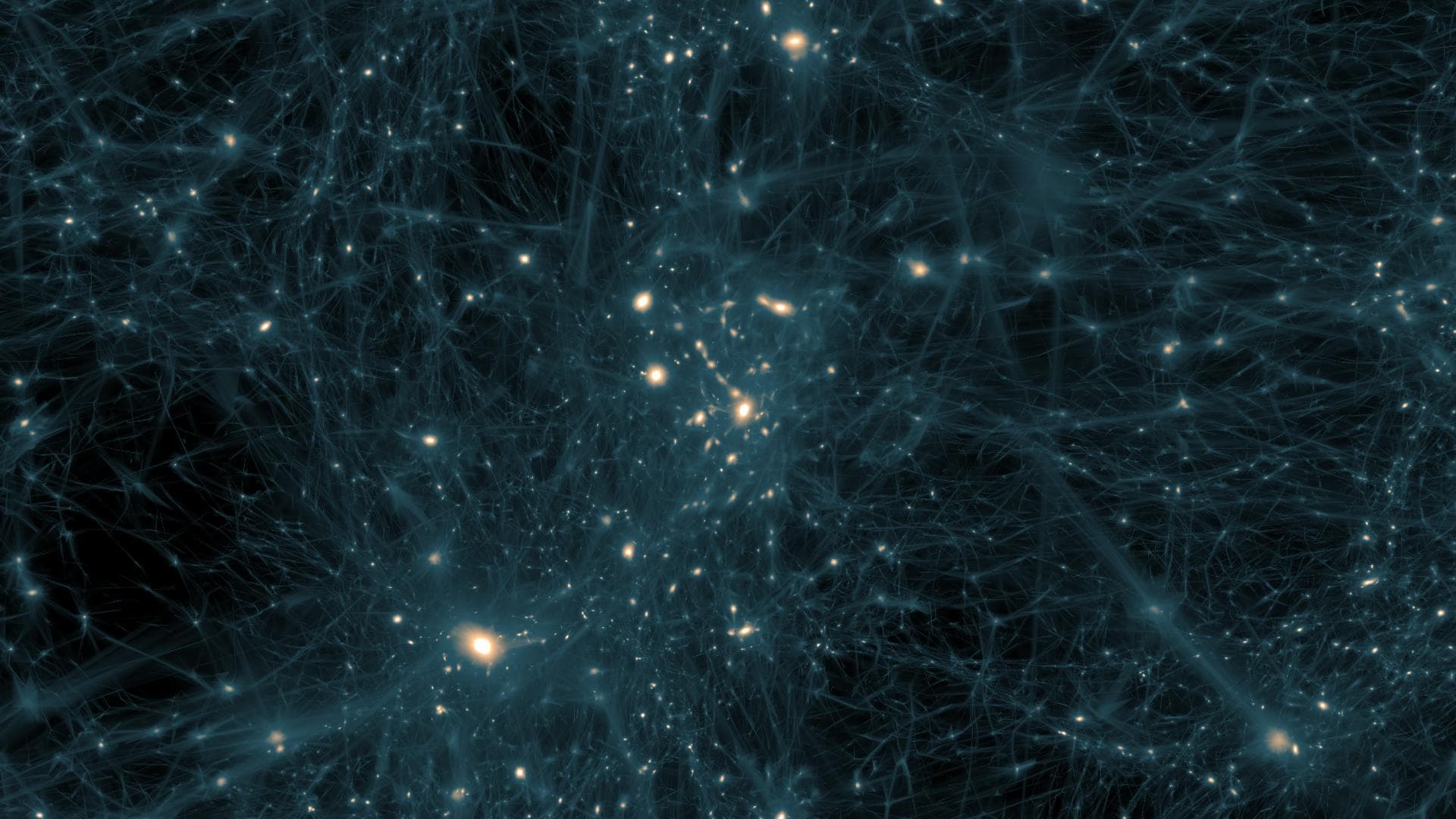 Dark matter constitutes 85 percent of all matter in the universe, but despite the plethora of astrophysical evidence pointing toward its existence, detecting dark matter has thus far proven impossible, meaning we know very little about it. Now, two professors from the University of Nevada, Reno, (UNR) have effectively narrowed down the hunt for the elusive substance.

Several hypothesized forms for dark matter are on the table, but the UNR team of Andrei Derevianko and Geoff Blewitt suspect it arises from quantum fields to form macroscopic objects. The idea is that the dark matter clumps into the shape of bubbles or walls that would extend across the solar system and beyond. To that end, they decided to look for any evidence of such an object crossing Earth's path.

The team's thinking was to focus on ultralight dark matter fields that might cause variations in fundamental constants of nature, e.g., the masses of quarks, electrons, and electric charges. Such shifts in natural constants could alter atomic energy levels, which the team set out to measure by monitoring atomic frequencies. GPS satellites rely on precise timing signals provided by atomic clocks, so they were a natural fit for the investigation.

"It's like a wall moving through a network of clocks causing a wave of atomic clock glitches propagating through the GPS system at galactic speeds," Derevianko told Nevada Today. "The idea is that when the clump overlaps with us, it pulls on the particle masses and forces acting between the particles. Mind you this pull is really weak, otherwise we would have noticed it. However, ultra-sensitive devices like atomic clocks could be sensitive to such pulls."

Dark matter halos are a hypothetical part of galaxies that surround the disc and extend far beyond the edge of the visible galaxy. If the Milky Way has a dark matter halo, the Earth moves through it at a speed of 300 kilometers per second (186 miles per second), or one-one thousandth the speed of light. In their attempt at detecting dark matter, the team of scientists sought clock glitches that could emerge as the Earth and its satellites moved through the Milky Way's halo.

They looked through 16 years worth of data from 32 satellites in the 50,000-kilometer (31,000-mile) wide GPS network as well as ground-based GPS equipment that had been updated every 30 seconds. Worldwide resources, including those of NASA's Jet Propulsion Laboratory, were put to work processing this data, and Derevianko shared the results of the team's research with Nevada Today: "Mining these archival data, we found no evidence for domain walls of ultralight dark matter at our current sensitivity level."

If we understood the shape, size, and behavior of dark matter, we could unlock the secrets to how galaxies form and even learn how the universe evolved, so the UNR team's conclusions may seem disappointing on the surface.

However, research into detecting dark matter isn't just about reaching individual conclusions — it's about helping shape the research that comes next, and as Derevianko noted, the UNR team's study eliminates a number of possibilities for this type of dark matter model.

Additionally, the researchers might have been on the right track, but just using equipment that wasn't sensitive enough for detecting dark matter.

"While there is no definitive evidence after looking at 16 years of data, it could be that the interaction is weaker or that the defects cross paths with the Earth less often," Benjamin Roberts, lead author of team's paper, which was published in Nature Communications, told Nevada Today. "Some markers indicate it could possibly be a smaller defect."

Any new research into dark matter is valuable, even when all it tells us is where not to look, a point not lost of Derevianko: "We are another step closer to discovering how to detect dark matter, and ultimately to define more accurately what it is, what kind of particle it is."

Read This Next
Dark Secrets
Scientists Just Detected the Oldest Dark Matter Ever Observed
Walled Up
Scientists Say Space Is Filled With Invisible Walls
Turn Back Time
Scientists Say There May Be a Mirror Universe in Which Time Runs Backwards
Into Darkness
Inside NASA's Bold Proposal to Probe the Mysteries of Dark Matter
The Last Strand
Scientists Puzzled by Weird "Strands" at the Center of Our Galaxy
More on Hard Science
Quacks Like a Duck
Yesterday on futurism
Those Headlines About Scientists Building a Wormhole Are Total Nonsense, People
It From Bit
Nov 22 on the byte
A Scientist Is Crowdfunding an Experiment to Check if We Live in a Simulation
Water Carrying
Nov 20 on the byte
Evidence Grows That Soggy Meteorites Gave Earth Its Oceans
READ MORE STORIES ABOUT / Hard Science
Keep up.
Subscribe to our daily newsletter to keep in touch with the subjects shaping our future.
+Social+Newsletter
TopicsAbout UsContact Us
Copyright ©, Camden Media Inc All Rights Reserved. See our User Agreement, Privacy Policy and Data Use Policy. The material on this site may not be reproduced, distributed, transmitted, cached or otherwise used, except with prior written permission of Futurism. Articles may contain affiliate links which enable us to share in the revenue of any purchases made.
Fonts by Typekit and Monotype.