We’ve received 22 in the past decade, and one should have been completely undetectable. 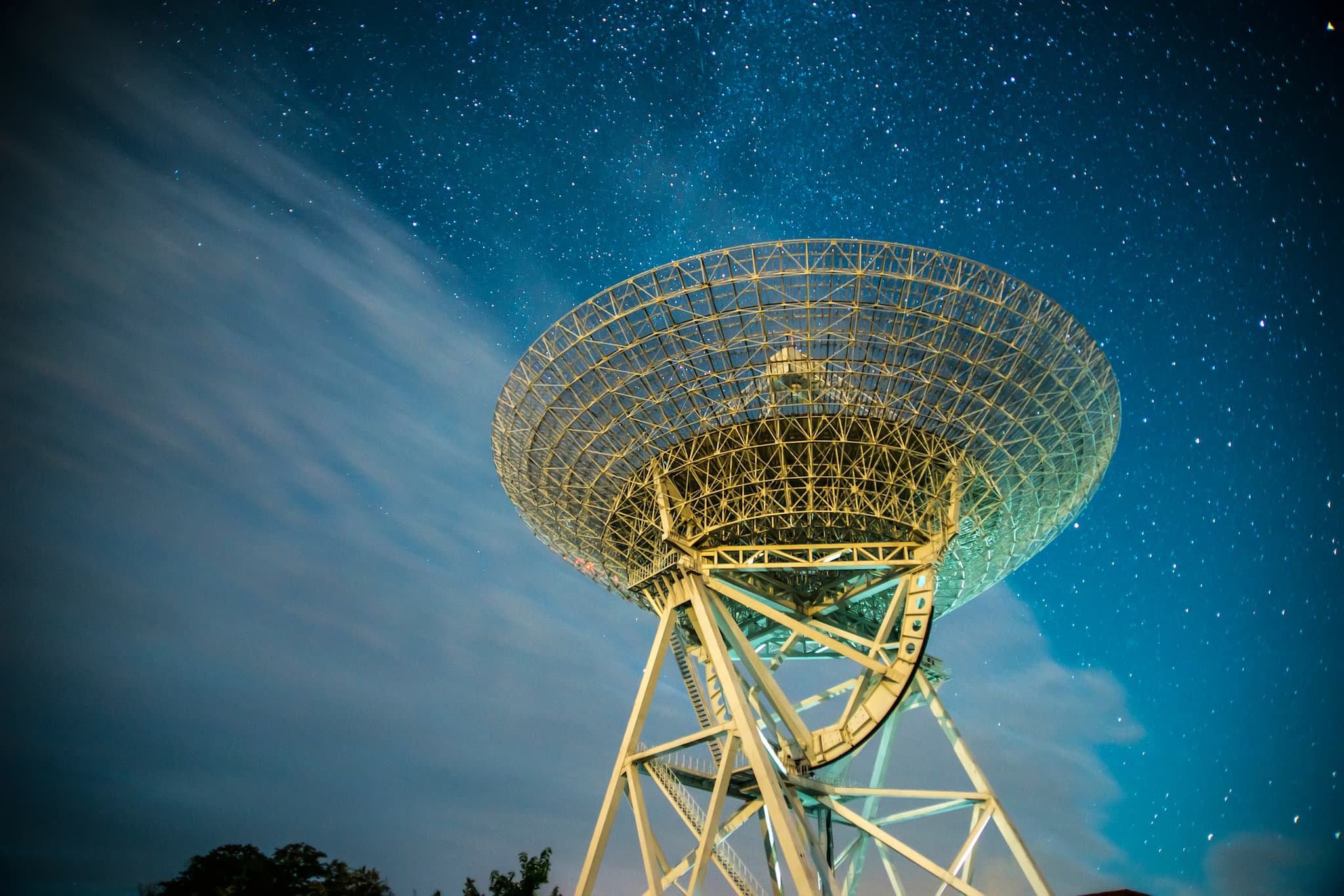 In February of 2015, the Parkes radio telescope in Australia detected some fast radio bursts (FRB) that have fascinated astronomers ever since. Dubbed "cosmic whistles," an FRB is a quick flash of energy seen as split-second intergalactic radio wave blips. FRB 150215, however, seems to be different from previously recorded bursts.

What makes FRB 150215 even more intriguing is that it doesn't seem to leave any signal or trace of light behind. The Parkes researchers used 11 telescopes in an attempt to spot "radio, optical, X-ray, gamma-ray, and neutrino emission" from these signals — but none were found. "Neither transient nor variable emission was found to be associated with the burst, and no repeat pulses have been observed in 17.25 hours of observing," the researchers report in a new study (which has yet to be peer reviewed).

How could such high energy bursts not leave any traces? As if that wasn't mysterious enough, consider that in order for FRB 150215 to have been detected at all, it had to go through a rather dense region of the Milky Way. This means that it shouldn't have been detectable in the first place.

FRBs were first discovered in 2007, and since then, there have been 22 known FRB occurrences. It was only earlier this year that scientists  finally identified the source of one of these FRBs: some distant dwarf galaxy. Back in April, another group of scientists confirmed that FRBs are indeed coming from space.

As we develop more advanced tools with which to see and hear the universe, the probability of discovering what really caused theses signals is improving. For one, new and better space telescopes like the James Webb will give us a view of our cosmic surroundings like we've never seen before.

When we do see them, no doubt we'll definitely be in for a surprise. For now, though, astronomers are putting in additional work to better understand the phenomenon. “It’s not very often in science that you get to work on something that’s so brand new and so unknown that you get to answer the fundamental questions,” researcher Emily Petroff told Gizmodo. “It’s exciting to be in these very early stages of the field when you can make a big impact with your research and answer these really big questions.

Read This Next
Name Game
NASA May Still Rename James Webb Telescope Over Homophobia Controversy
Search for Life
Former Astronaut Suggests Specific Planet for James Webb to Search for Life
Far Out
Proposed Mission Would Explore Interstellar Object ‘Oumuamua
History Repeating
Astrobiologist: Humans Are Going to Ruin Outer Space
On The Event Horizon
Here's Why Everyone's so Excited About the Black Hole Image
More on Off World
Take Cover
Yesterday on the byte
Space Startup Blows Up Another Giant Inflatable Space Station Module
Rock Blast
Yesterday on the byte
Scientists Say There's an Upside to Those Rocks That Keep Bludgeoning the James Webb
Meathead Theory
Yesterday on the byte
Professor Receives Insane Email Claiming "Biological" Green Comet Is Giving Off "Meat Smoke"
READ MORE STORIES ABOUT / Off World
Keep up.
Subscribe to our daily newsletter to keep in touch with the subjects shaping our future.
+Social+Newsletter
TopicsAbout UsContact Us
Copyright ©, Camden Media Inc All Rights Reserved. See our User Agreement, Privacy Policy and Data Use Policy. The material on this site may not be reproduced, distributed, transmitted, cached or otherwise used, except with prior written permission of Futurism. Articles may contain affiliate links which enable us to share in the revenue of any purchases made.
Fonts by Typekit and Monotype.