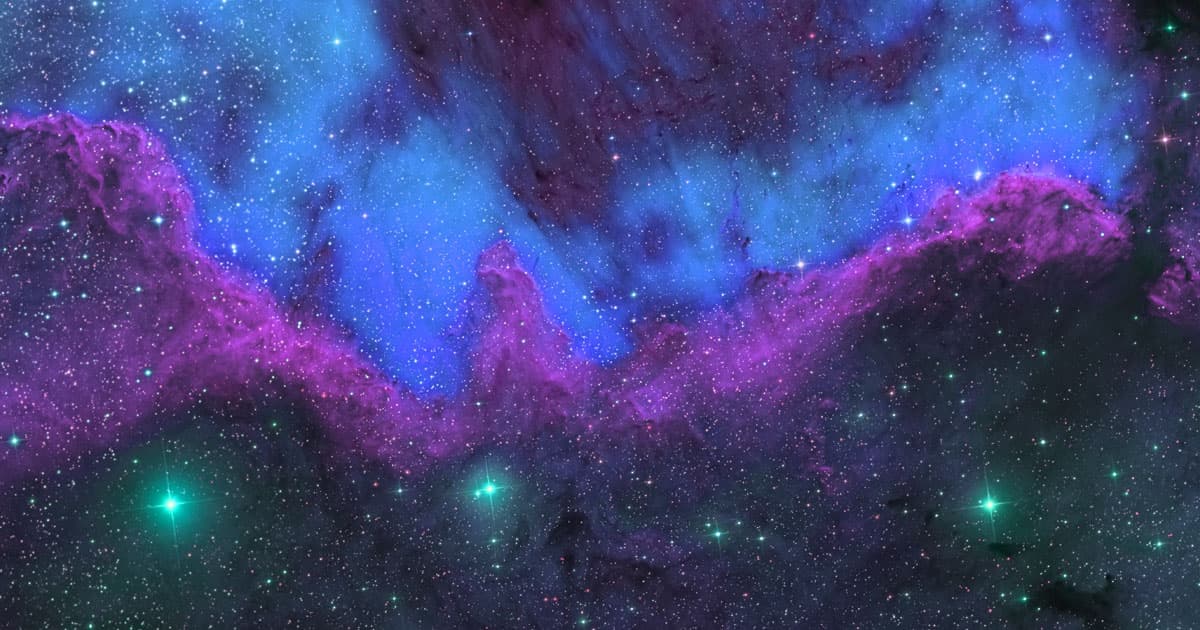 Fast radio bursts (FBRs) are short pulses of radio waves emanating from far beyond our galaxy. Since 2007, researchers have observed more than 60 FRBs, but just one example of a repeating FBR — that is, multiple bursts coming from the same source.

No one knows for sure what might be causing the mysterious signals, but theories include everything from strange star crusts to advanced alien civilizations.

Now, a Canadian-led team of scientists has added 13 new FBRs to the growing total, including the second-ever known repeater — and the discovery could change not only our understanding of the mysterious signals, but also how we look for them.

The researchers detail their detection of the 13 new fast radio bursts in two papers published in the journal Nature on Wednesday.

According to the team, they collected their data using the Canadian Hydrogen Intensity Mapping Experiment (CHIME), a radio telescope at the Dominion Radio Astrophysical Observatory in British Columbia, Canada, during a three-week period in the summer of 2018.

In the weeks following that initial period, the team noticed additional pulses from one of the FBRs, making it just the second known repeater to date.

The CHIME team's research does more than reveal that the previously discovered repeating FBR wasn't a cosmic anomaly — it also changes what we thought we knew about detecting the phenomena and their sources.

In the past, researchers discovered most FBRs at a frequency near 1400 MHz, but CHIME operates in the 400 MHz to 800 MHz range. The researchers detected some of the new FBRs at the lower end of that range, too, meaning we might be able to detect future FBRs at even lower frequencies.

Most of the newly discovered FRBs also showed signs of a phenomenon known as "scattering," which provides clues into the environment near the source of an FBR.

"We haven't solved the problem [of FBRs]," CHIME team member Tom Landecker said, "but it's several more pieces in the puzzle."

More on FBRs: AI Just Detected 72 Radio Bursts That Could Come From Aliens

Scientists Are Tracing the Source of One of the Most Mysterious Signals in Space
1. 17. 18
Read More
The CHIME Telescope Will Give Us a Whole New View of the Structure of the Universe
9. 11. 17
Read More
Mysterious Signals From Space Continue to Baffle Scientists
5. 12. 17
Read More
+Social+Newsletter
TopicsAbout UsContact Us
Copyright ©, Camden Media Inc All Rights Reserved. See our User Agreement, Privacy Policy and Data Use Policy. The material on this site may not be reproduced, distributed, transmitted, cached or otherwise used, except with prior written permission of Futurism. Articles may contain affiliate links which enable us to share in the revenue of any purchases made.
Fonts by Typekit and Monotype.