Scientists Find Evidence of a Particle That is Its Own Antiparticle

The findings revealed a "smoking gun experimental signature" that indicates the hypothetical "angle particles" are real. 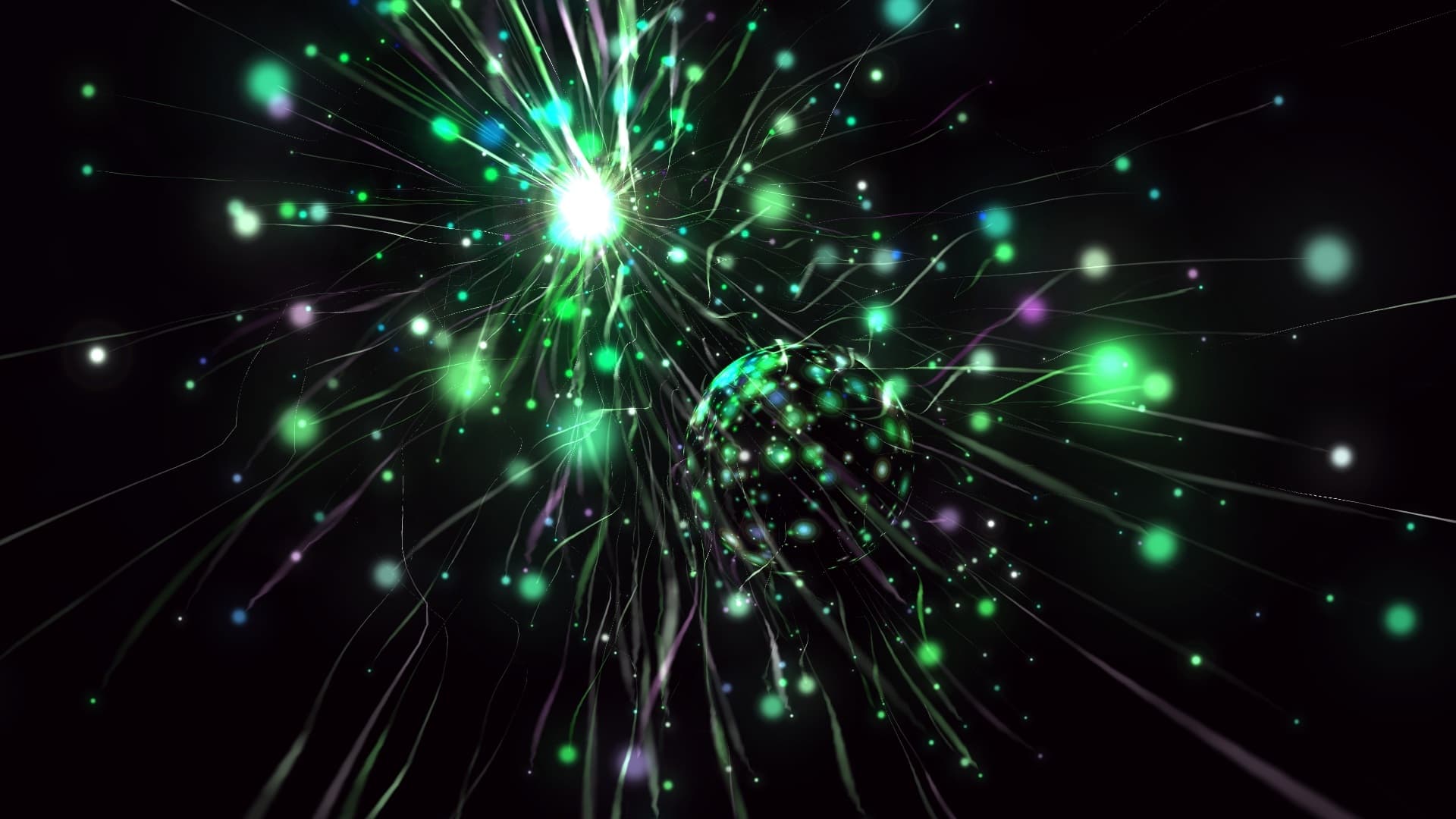 For every fundamental particle in the universe, there is an antiparticle with the same mass and the opposite charge — at least that's what we thought. When particles and antiparticles meet, they immediately destroy each other in a burst of energy, but physicists have long theorized that somewhere in the universe exists an exception to this rule. Scientists have finally found the first strong evidence for this type of particle, which they're calling the “angel particle.”

Back in 1928, physicist Paul Dirac predicted that all fundamental particles had their opposites, and a few years later the positron was discovered. This was the first antimatter particle and the opposite of the electron, and it confirmed the prediction. By 1937, physicist Ettore Majorana had calculated that there was a missing member of the fermion family. Electrons, protons, quarks, neutrons, and neutrinos are all fermions with corresponding antiparticles, but Majorana believed that there should be an additional particle which was its own antiparticle.

Initially neutrons and neutrinos were the most likely Majorana fermion suspects, since they have no charge — but antineutrons have since been discovered. This leaves just neutrinos, and physicists are working to find out whether they might in fact be their own antiparticles. That answer is not likely to be forthcoming anytime soon, because those experiments are very difficult to do. In the meantime, scientists are searching for “quasiparticles.”

Quasiparticles aren't exactly natural particles. They're created when the collective behavior of electrons in a solid material gives rise to certain properties typically found in particles that areweakly interacting in free space. Thinking of the ways physical properties often change at the nanoscale, imagine a nanomaterial that behaves as if it's comprised of bouncing bubbles, exhibiting collective behavior. The quasiparticle is really the behavior, not a physical particle per se.

Similarly, quasiparticles exist only within very specific conditions. If they exhibit all the right properties, however, they might be considered to be Majorana fermions. Researchers from Stanford and the University of California say they found a “smoking gun experimental signature” that indicates these hypothetical fermions are real.

The team stacked quantum materials to create a superconducting topological insulator in hopes of revealing these quasiparticles along the edges. When magnetic material was added, the researchers observed electrons moving along one edge in one direction, and along the other edge in the opposite direction. Then, by sweeping a magnet over the material, they slowed the electrons down and forced them to change directions. Quasiparticles then began emerging from the materials in pairs, turning in half-steps compared to the electrons. This made sense to the researchers, since they were only half particles.

This loss of half of each quasiparticle pair in this process was precisely the evidentiary phenomenon the researchers had been hoping to find. Senior author of the paper Shoucheng Zhang proposed that the quasiparticle be called the “angel particle” based on Angels and Demons by Dan Brown — a novel which describes a matter and antimatter bomb. While this discovery is for now still theoretical, this knowledge could one day be of service to improving the security of quantum computers.

Read This Next
Futurism
New Evidence for the Existence of this Theoretical Particle is a Step Towards Quantum Computing
Futurism
New Evidence for the Existence of Majorana Fermions Has Been Uncovered
Futurism
Physics Breakthrough: Quasiparticle Formation Was Observed for the First Time Ever
More on Hard Science
Tractor Beam
Yesterday on the byte
Scientists Build Working Tractor Beam, Although It's Comically Tiny
Having a Blast
Jan 18 on the byte
New Study Shows Where You Should Hide to Survive a Nuclear Attack
Offworld Amino
Jan 15 on the byte
Scientists Find Building Blocks of Life in Meteor That Smashed Into Family's Driveway
READ MORE STORIES ABOUT / Hard Science
Keep up.
Subscribe to our daily newsletter to keep in touch with the subjects shaping our future.
+Social+Newsletter
TopicsAbout UsContact Us
Copyright ©, Camden Media Inc All Rights Reserved. See our User Agreement, Privacy Policy and Data Use Policy. The material on this site may not be reproduced, distributed, transmitted, cached or otherwise used, except with prior written permission of Futurism. Articles may contain affiliate links which enable us to share in the revenue of any purchases made.
Fonts by Typekit and Monotype.