The best part is, it's reusable. 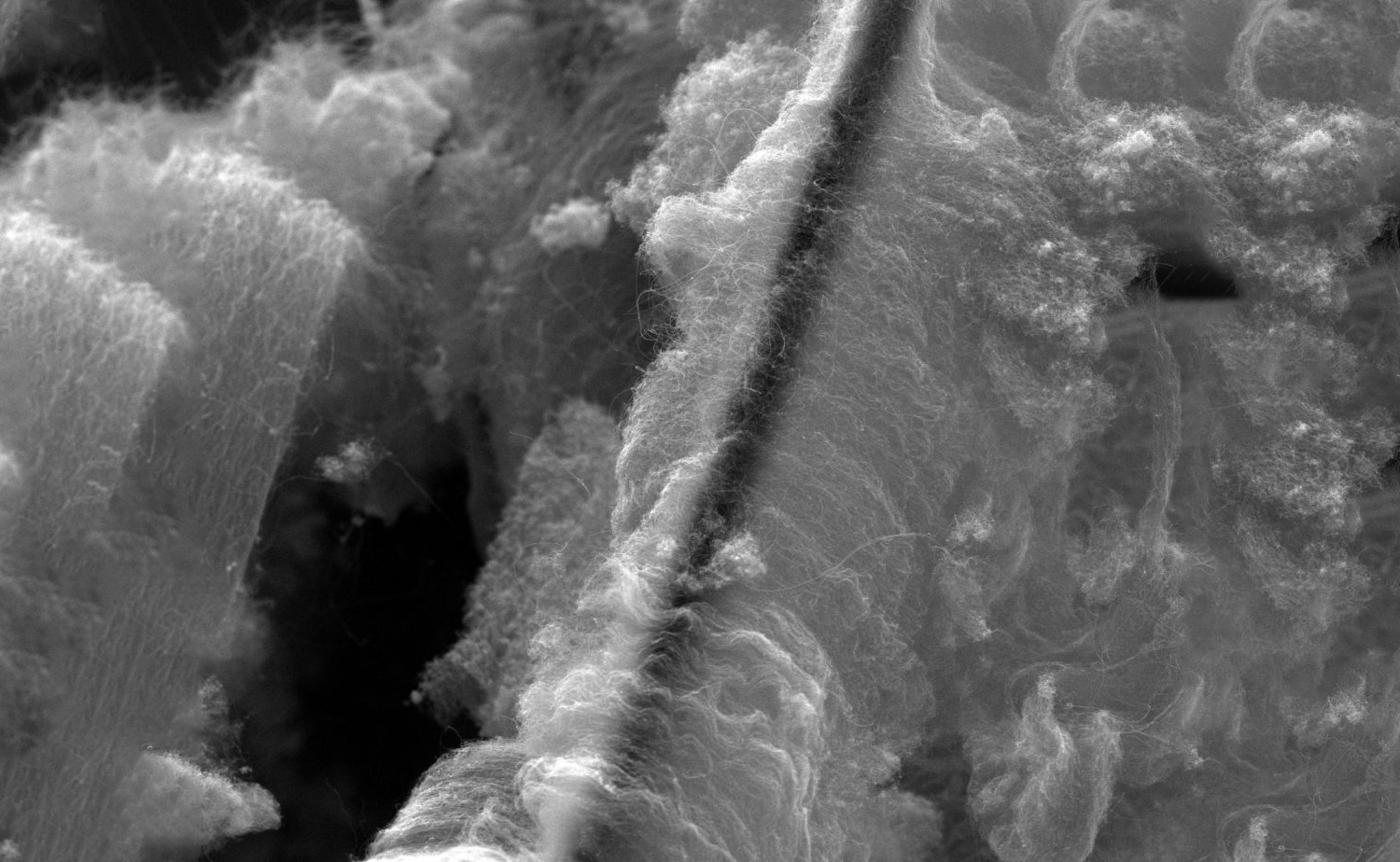 Not a Fan of Heavy Metals

People living in urban centers, in many ways, have more access to a large variety of services. However, such urban regions are also more prone to having toxic heavy metals in water, as they often come from urban runoff. The problem isn't limited to big cities, though, as remote areas are often more exposed to polluted water.

Filtration systems and devices are one way to eliminate this risk, but the effectiveness of these vary. That's why Andrew Barron, a Rice University chemist, alongside a high school student came up with a new filter — called supported-epoxidized carbon nanotube (SENT) — that can remove toxic heavy metals from water. The filter, which is a material that looks like ordinary cotton, is also reusable.

"We grew carbon nanotubes onto quartz wool, then epoxidized them to make them active to adsorb metal ions," Barron told ResearchGate. "We then discovered that vinegar reacts with the metal in solution to adsorb it from solution in a very efficient manner."

The Quest for Clean Water

In their study, published in the journal Scientific Reports, they showed that their filter was able to remove 99 percent of contaminants from samples with cadmium, cobalt, copper, mercury, nickel, and lead. One gram of this material, the researcher claimed, could easily get 83,000 liters of water at par with WHO standards.

"The initial idea came from two different directions," he told ResearchGate. "First, was the desire to be able to remove toxic metals from drinking water in remote locations that didn’t have power. The second was the Fukushima disaster, where there was a need to remove complex radioactive metal waste."

Access to clean water remains a critical problem in many parts of the world. The World Health Organization (WHO) reports that some 884 million people don't have access to drinking-water services, while 663 million don't have access to clean and safe water. Heavy metal contamination of water, often through faulty oil drilling practices like fracking, contributes to this global problem, which Barron's team aims to address.

Read This Next
Futurism
Tesla May Be Launching a Mysterious Startup For "Materials Recycling"
More on Earth & Energy
Worm Solutions
Yesterday on the byte
Scientists Intrigued by Worms That Break Down Plastic Really Fast
Arrested Development
Yesterday on the byte
Climate Activist Conducts Interview While Being Carried Away by Police
Big Ship Big Sails
Tuesday on the byte
Supertanker Becomes Vastly More Efficient by Adding Small Sails
READ MORE STORIES ABOUT / Earth & Energy
Keep up.
Subscribe to our daily newsletter to keep in touch with the subjects shaping our future.
+Social+Newsletter
TopicsAbout UsContact Us
Copyright ©, Camden Media Inc All Rights Reserved. See our User Agreement, Privacy Policy and Data Use Policy. The material on this site may not be reproduced, distributed, transmitted, cached or otherwise used, except with prior written permission of Futurism. Articles may contain affiliate links which enable us to share in the revenue of any purchases made.
Fonts by Typekit and Monotype.