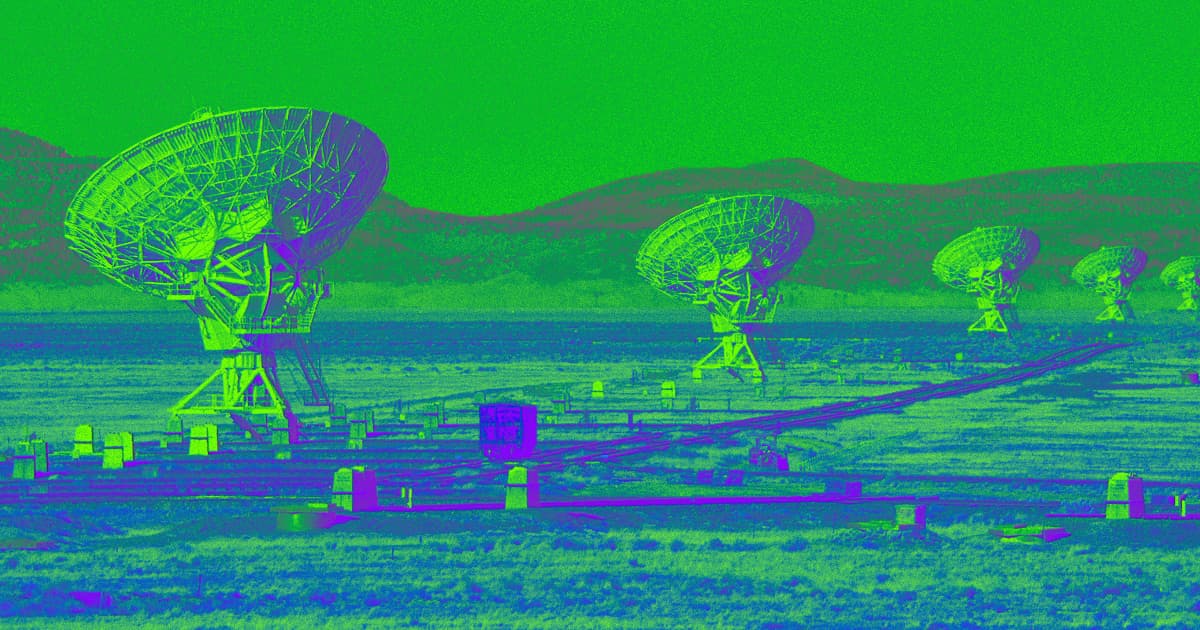 Anthony Beasley, director of the US National Radio Astronomy Observatory in Charlottesville, Virginia, told the BBC that the search for extra-terrestrial intelligence (SETI) should be taken far more seriously, and given the governmental support and funding it deserves. His comments were made at the American Association for the Advancement of Science meeting in Seattle last week.

It was "time for SETI to come in from the cold and be properly integrated to all other areas of astronomy," Beasley told the BBC.

"We would like to see SETI transformed from a small cabal of scientists and engineers in California, isolated from academia to one that is as much an integral part of astronomy and astrophysics as any other field of inquiry," he added.

The news comes after one of the largest radio telescopes in the world, the Very Large Array in New Mexico, announced a collaboration with the SETI Institute, a privately funded non-profit based in California, last week.

Despite the collaboration, funding for efforts to specifically look for intelligent life has been pretty minimal when compared to much larger and extremely expensive scientific endeavors, such as the Large Hadron Collider.

"I'd feel far more confident arguing the case for SETI than for a particle accelerator," British senior cosmologist Martin Rees told the BBC.

"SETI searches are surely worthwhile, despite the heavy odds against success, because the stakes are so high," he added.

More on aliens: Harvard Prof: Deep Space Signal May Be From Alien Civilization

Loeb Strikes Again
Harvard Astronomer Says We Should Hunt for Alien Probes
12. 22. 20
Read More
Phone Home
SETI Institute Admits That Proxima Centauri Signal Is Very Strange
12. 22. 20
Read More
RIP
Iconic Arecibo Alien-Hunting Observatory Will Be Demolished
11. 19. 20
Read More
+Social+Newsletter
TopicsAbout UsContact Us
Copyright ©, Camden Media Inc All Rights Reserved. See our User Agreement, Privacy Policy and Data Use Policy. The material on this site may not be reproduced, distributed, transmitted, cached or otherwise used, except with prior written permission of Futurism. Articles may contain affiliate links which enable us to share in the revenue of any purchases made.
Fonts by Typekit and Monotype.