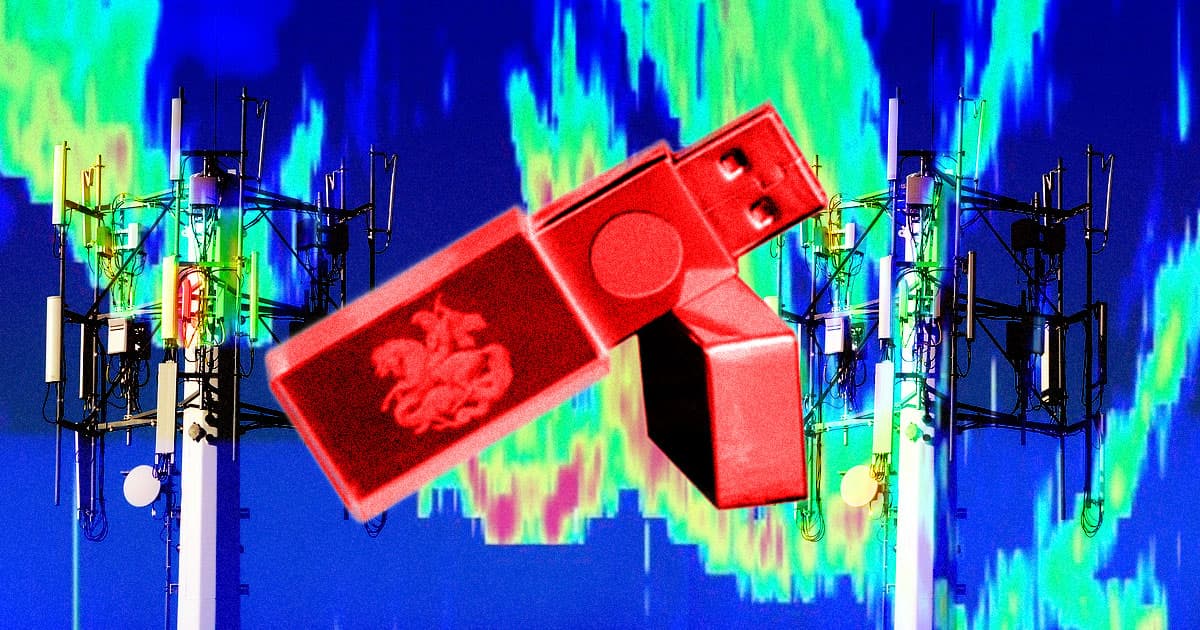 These Scammers Are Selling a Nonsense Anti-5G Gadget

Scammers are capitalizing on unfounded fears that 5G signals cause health problems — and are selling a $350 gadget they claim protects users.

The 5GBioShield, BBC News reports, is actually just a six-dollar, 128MB flash drive with a sticker on it. And while it seems like laughably bogus, the product has gained traction and even been recommended by the Town Council in Glastonbury, England.

Hall wrote in a government report that those signals can increase suicide rates, spread the coronavirus, and make birds fall out of the sky dead. But there's no evidence whatsoever that 5G signals cause those or any other adverse health effects.

Officials in London recently took steps to get a court order against the manufacturers of the 5GBioShield, a company called BioShield Distribution.

"We consider it to be a scam," Stephen Knight, operations director for London Trading Standards told BBC News. "People who are vulnerable need protection from this kind of unscrupulous trading."

Brands We Love
The VentiFresh ECO Uses NASA-Inspired Tech To Eliminate Odor And Airborne Germs
8. 21. 20
Read More
Brands We Love
Master The Tech That Changed Music With This $30 Ableton Live Training
5. 29. 20
Read More
Brands We Love
CuriosityStream Is a Science-Focused Streaming Service for People Who Love to Learn
8. 23. 19
Read More
+Social+Newsletter
TopicsAbout UsContact Us
Copyright ©, Camden Media Inc All Rights Reserved. See our User Agreement, Privacy Policy and Data Use Policy. The material on this site may not be reproduced, distributed, transmitted, cached or otherwise used, except with prior written permission of Futurism. Articles may contain affiliate links which enable us to share in the revenue of any purchases made.
Fonts by Typekit and Monotype.