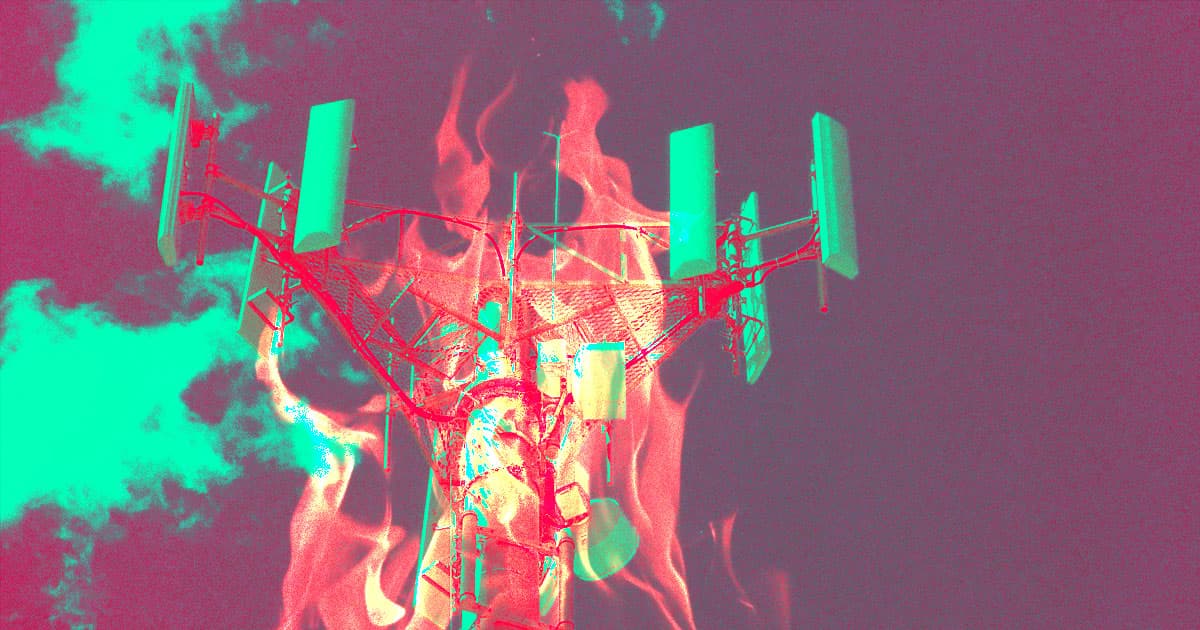 Tinfoil hats won't protect you from the coronavirus, either.

Tinfoil hats won't protect you from the coronavirus, either.

At least three 5G wireless communication towers have been set on fire in three British cities, according to the BBC — as discredited conspiracy theories spread on social media claiming there's a link between the technology and the coronavirus outbreak.

According to videos uploaded to social media, workers putting up 5G infrastructure were even getting harassed by conspiracy nuts on the streets. In Birmingham, a tower not even capable of providing 5G services was still set on fire, The Verge reports.

"This is now a matter of national security," Vodafone UK CEO Nick Jeffery wrote in a statement. "Police and counter terrorism authorities are investigating."

Misleading information and conspiracy theories have abounded online during the ongoing COVID-19 crisis, many claiming that home remedies — and illegal drugs — could magically give them immunity.

One theory even claimed that cocaine protects you against the coronavirus — a fact that had to be refuted by the French ministry of health on Twitter last month.

READ MORE: British 5G towers are being set on fire because of coronavirus conspiracy theories [The Verge]

Bad Science
Cosmologist Lists the Stupidest Things People Believe About Space
2. 25. 22
Read More
Walls Up
China Is Building a Huge New Wall to Allegedly Keep COVID Out
2. 3. 22
Read More
Bro Rogan
If You Think Joe Rogan Is Credible, This Bizarre Clip of Him Yelling at a Scientist Will Probably Change Your Mind
1. 15. 22
Read More
+Social+Newsletter
TopicsAbout UsContact Us
Copyright ©, Camden Media Inc All Rights Reserved. See our User Agreement, Privacy Policy and Data Use Policy. The material on this site may not be reproduced, distributed, transmitted, cached or otherwise used, except with prior written permission of Futurism. Articles may contain affiliate links which enable us to share in the revenue of any purchases made.
Fonts by Typekit and Monotype.