This 'Mushroom Death Suit' Consumes Your Body After You Die

The Infinity Burial Suit (or 'mushroom death suit') digests your body after you die, turning you into clean compost. 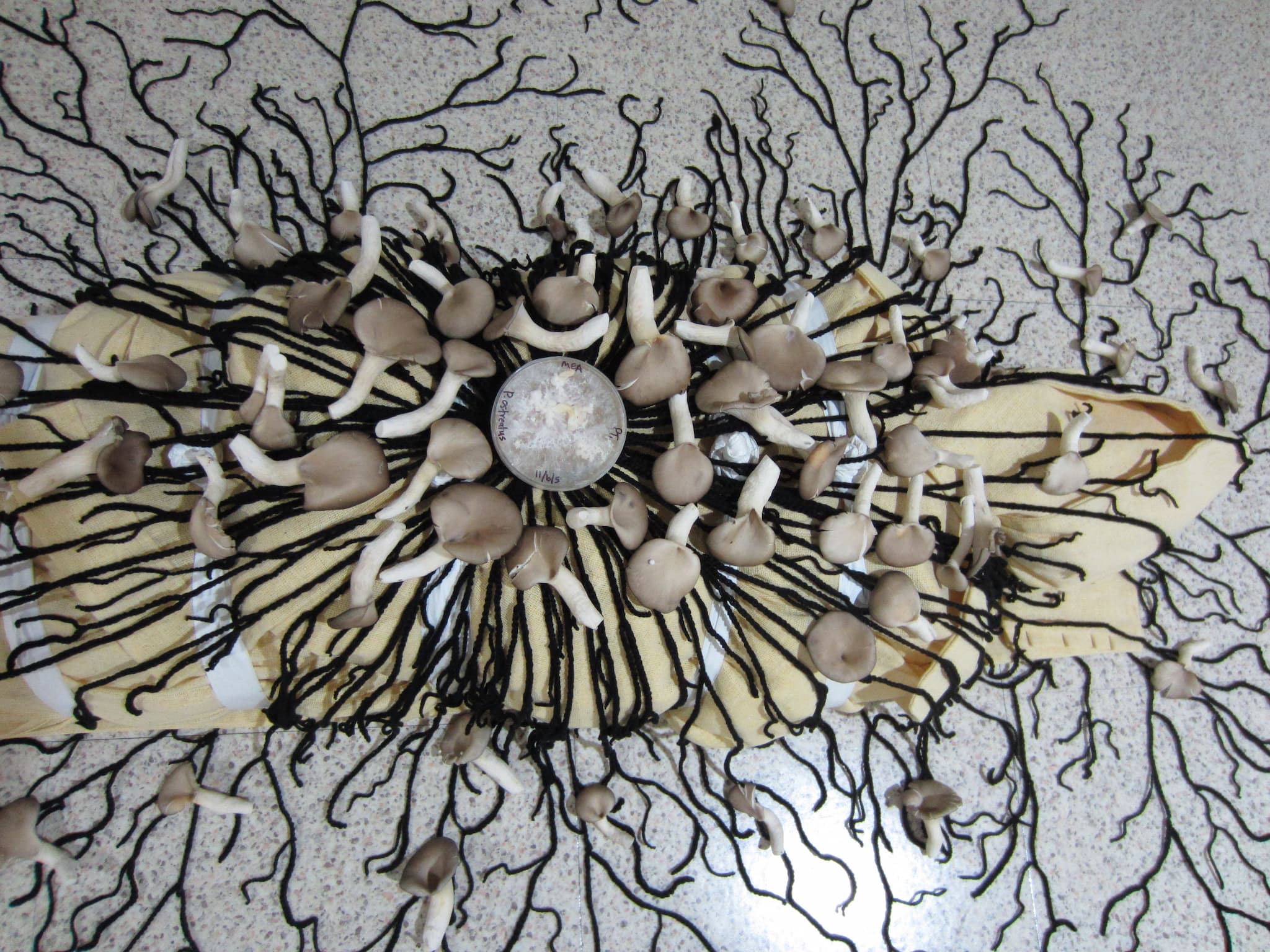 How Death Pollutes the World

And if that's not enough, our burial practices can be deadly.

Many funeral services use carcinogenic embalming fluids, and studies have shown that embalmers exposed to these chemicals have increased incidences of myeloid leukemia. To that extent, our burial practices aren't just bad for the environment—they are bad for us.

Unfortunately, cremation isn't a viable solution. Such practices release organic pollutants, particulate matter, and heavy metals into the atmosphere. Indeed, as Megan Love Huffman at the University of Virginia notes, "Cremation is often touted as the environmentally friendly alternative to burial, but even it uses coal or natural gas as heating fuel and emits toxic substances." In fact, because of cremation, every year, some 5,000 pounds of mercury is released into the atmosphere as a result of our dental fillings alone.

But a number of individuals are working to find a better way to deal with death.

Coeio CEO and Founder Jae Rhim Lee, a graduate of MIT, first debuted a prototype of the Infinity Burial Suit (or the 'mushroom death suit,' as it was originally known) in a 2011 TED Talk.

And now, you can finally get your own.

If you aren't farmilar with it, in short, it is a suit that is actually made of mushrooms and other biological materials that digest your flesh after you’ve died. Notably, these mushrooms (mycelium) are fantastic at digesting the toxins in the human body, breaking them down and preventing them from spreading to other areas of the environment.

When asked about the various rules and regulations that may impede the use of the suit, Lee notes that nothing exists that should interfere with its use. "There are no laws that prohibit the use of any of our products," she notes, "any restrictions come from the cemeteries themselves....certain cemeteries will require a vault or a casket, but that's beyond the state laws."

To that end, Lee notes that they are collaborating with specific cemeteries in order to help provide individuals with alternatives to traditional burial. "We are working with Fernwood Cemetery in Mill Valley, California just above the Golden Gate Bridge. They are going to be our pilot cemetery," Lee notes. And she goes on to say that, down the road, the company plans to team with other cemeteries in order to help make 'green burials' as common as today's caskets.

(Notably, there are already hundreds of cemeteries that perform green burials and will likely allow the use of the suit sans casket; you can locate one in your area here.)

Of course, you don't need to use a cemetery to use the mushroom death suit. Lee notes that the products are designed in such a way that individuals doing a home burial, where only one person may be available to assist with dressing the deceased, can utilize them with ease.

You can check out the FAQ section on their website to learn more.

Read This Next
From the Dept. of Things to Buy
Good Buys: My Green Mattress is the Coziest and Most Sustainable Way to Sleep
Brands We Love
Residential Solar Power Lets You Save for Your Future While You Save the Planet
Brands We Love
These Sustainable Shoes Are Great for Your Feet and for Your Carbon Footprint
Futurism
Life At Sea? Six Futuristic Homes That Will Protect You From Climate Change
Futurism
This system helps a 3D printed car and home power to one another
More on Sci-Fi Visions
What is Happening
Yesterday on the byte
Elon Musk Sets His Twitter Account to Private
From the Dept. of...
Monday on futurism
The Best Humidifiers of 2023
Human v. Giraffe
Jan 24 on the byte
Chaotic Italian Fashion Line Baffles Facial Recognition Software
READ MORE STORIES ABOUT / Sci-Fi Visions
Keep up.
Subscribe to our daily newsletter to keep in touch with the subjects shaping our future.
+Social+Newsletter
TopicsAbout UsContact Us
Copyright ©, Camden Media Inc All Rights Reserved. See our User Agreement, Privacy Policy and Data Use Policy. The material on this site may not be reproduced, distributed, transmitted, cached or otherwise used, except with prior written permission of Futurism. Articles may contain affiliate links which enable us to share in the revenue of any purchases made.
Fonts by Typekit and Monotype.